Looking to improve the local economy, South Pasadena residents will be asked in November to approve a ¾ of a cent sales tax increase.

It’s an effort City Council members are pushing to improve the city’s bottom line, facing a potential deficit as pension obligations rise and the city continues to invest heavily into making infrastructure improvements.

Organizers behind the “Yes on A” campaign are holding an ice cream social from 6-7 p.m. on Wednesday, September 18, in the park area outside the South Pasadena Library, 1115 El Centro Street. Fosselman’s Ice Cream, donated by Jones Coffee Roasters at the corner of Mission Street and Meridian Avenue, will be served.

The South Pasadena Committee for Fiscal Stability, host of the event, says 100 percent of the funding from the additional tax stays in the city coffers.

Earlier this year, council members heard a long-range budget forecasts that shows increased deficits over the next five years. The council, looking at options to close an anticipated budget gap, favors the sales tax increase over other options to increase revenue.

Along with seven community meetings held early in the year, the city asked residents to weigh-in on efforts to improve the budget through an online survey on its website.

“One of the most popular options among the revenue enhancements was a ¾ of a cent sales tax increase, favored by about 65% of respondents,” said John Pope, the city’s public information officer following the survey several months ago. “Residents were particularly supportive when presented with the likelihood that L.A. County would enact a similar tax hike to supplement the County budget, leaving South Pasadena without a mechanism for additional local funds.”

Based on that feedback, “we moved forward with a professional poll to test the results of our informal study.” Pope explained, noting the city contracted with True North Research for $25,000 to finalize the results now that the polling is complete.

“The $25,000 cost of the study is a relatively small investment to potentially realize a $1.5 million annual revenue source that would enable the city to continue providing the high level of local services that our residents support,” said Pope at the time.

South Pasadena City Manager Stephanie DeWolfe, along with other staff members, have been actively seeking input at a series of community meetings over the past several months asking residents for ideas to balance the city budget, including revenue enhancements and proposed cuts.

South Pasadena City Manager Stephanie DeWolfe stressed the projected budget concerns are driven by two primary factors –investment in city infrastructure, along with increased costs of pensions. In recent years, the City of South Pasadena has experienced increased spending on street repairs and water infrastructure, including the replacement of three crumbling reservoirs.

“Our goal is not just to balance the next budget or two, but to consider the long-term financial sustainability of the city,” she said at one of the community budget workshops. “We want to create a sustainable system for decades to come.”

Polls will be open from 7 a.m. to 8 p.m. throughout the city on Tuesday, November 5. 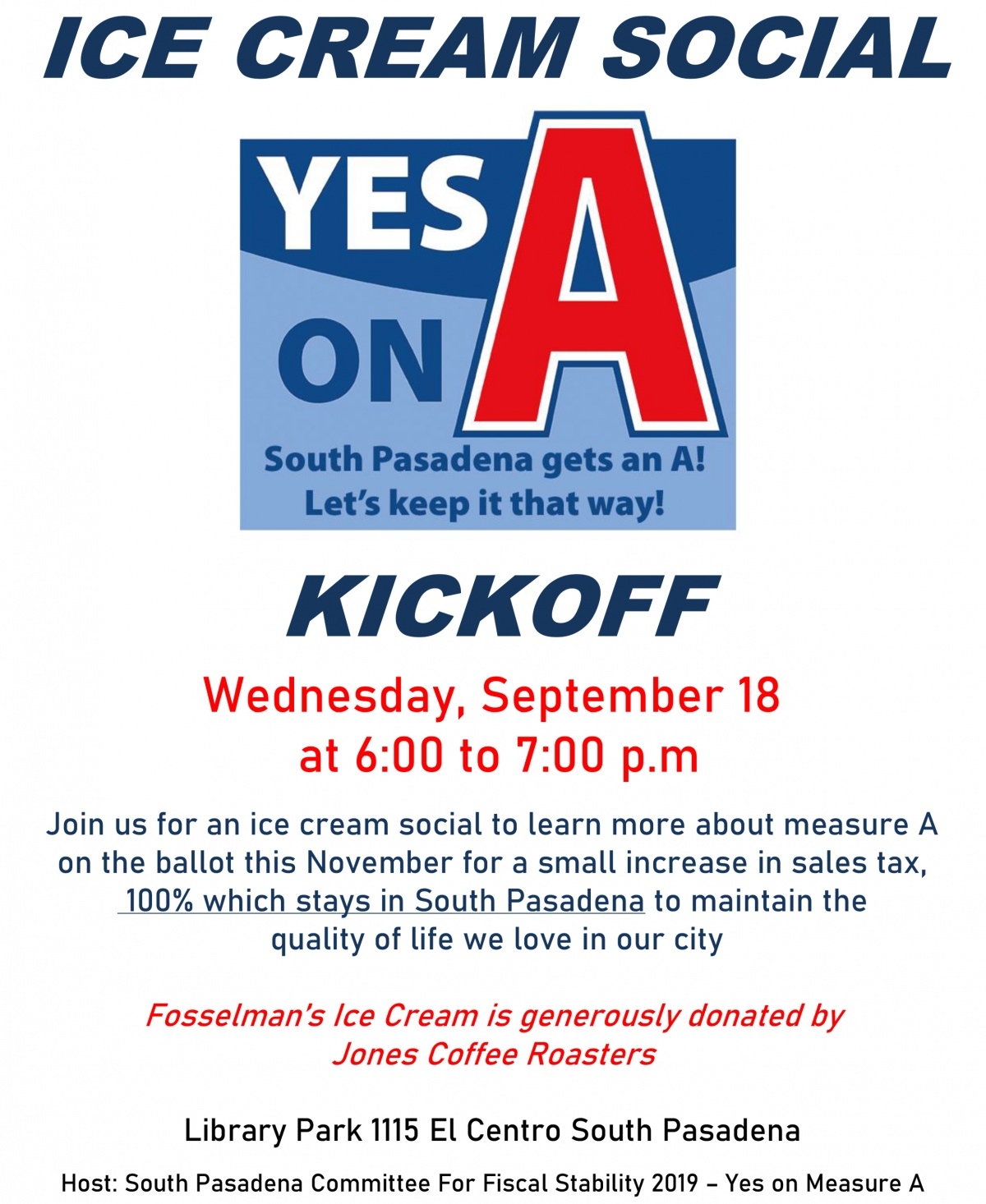