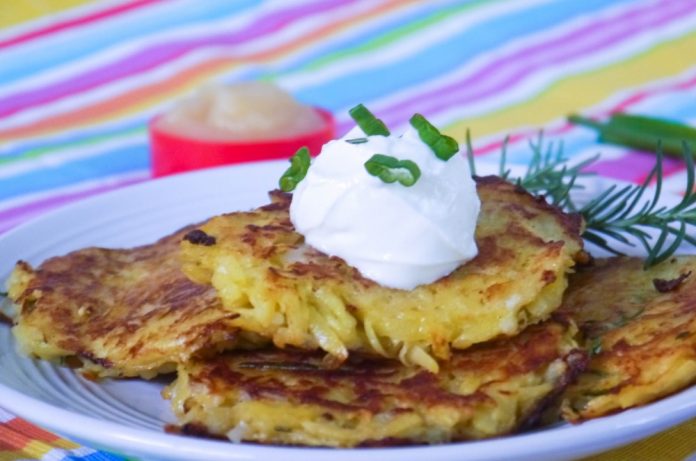 It’s a simple recipe we enjoy every year at Hanukah! But that doesn’t mean it always has to be the same. The basis is potato and egg and can simply be seasoned with salt and pepper, but I generally add onions because I love a “grilled onion flavor”. I infused this year’s latkes with fresh rosemary to up the flavor a notch; and it was delicious! 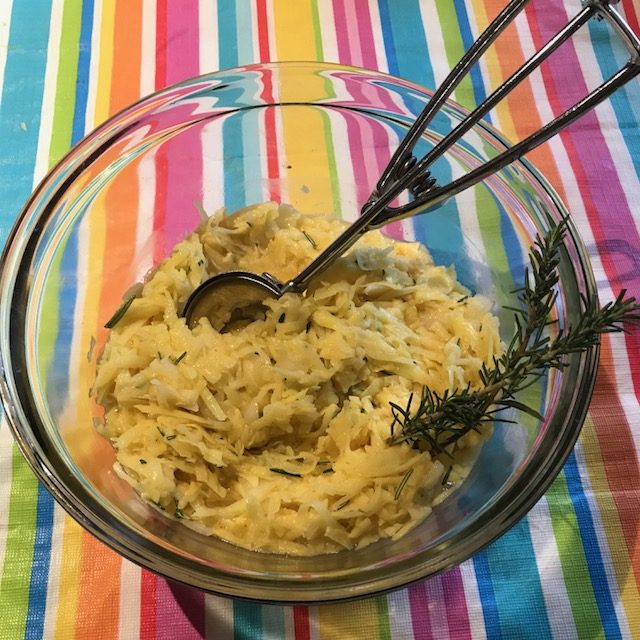 My girls enjoyed making this one with me because they got to go to my garden and pick out some fresh Rosemary. They also enjoyed the process from grating and mixing to scooping these beauties out with an ice-cream scoop. 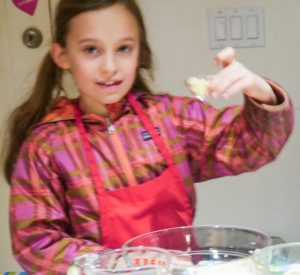 To make these golden beauties, you’ll need 3 cups of grated potato, 2 eggs, 1 teaspoon of crushed garlic, 1 teaspoon of sea salt, 1 Tablespoon of chopped rosemary and ¾ cup of chopped onion and 2-3 tablespoons of oil. Mix all ingredients into a bowl until well combined. Heat 2 tablespoons of oil in a large nonstick pan for about 30 seconds, scoop half the potato mixture into rounds (approximately 4 mounds per batch) and flatten slightly with a spatula. Cook for 3-4 minutes each side until golden and crisp. Transfer to plate and prepare next batch using remaining oil if necessary. Recipe makes approximately 10 latkes. 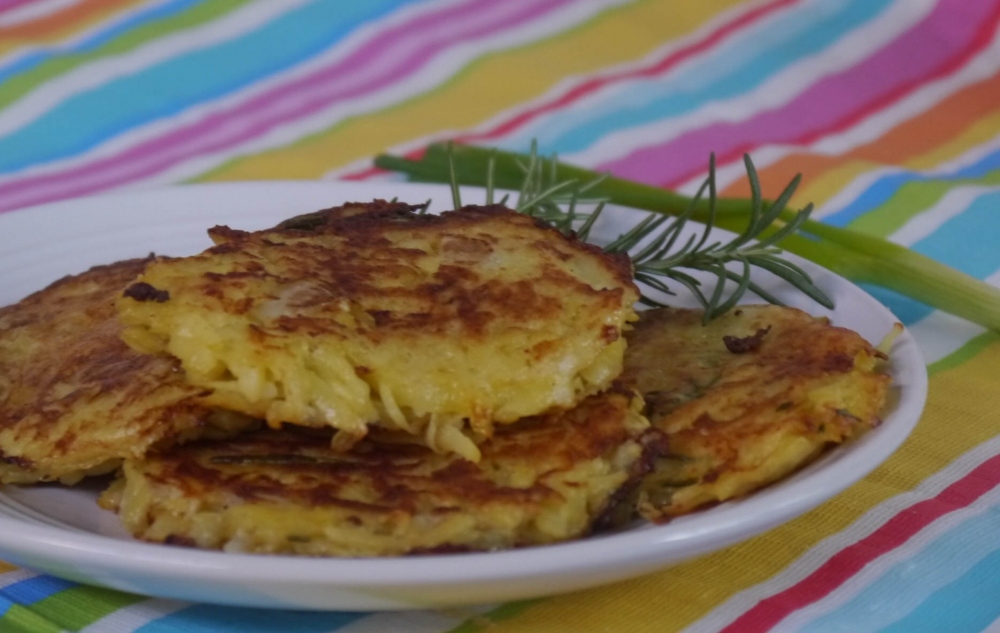