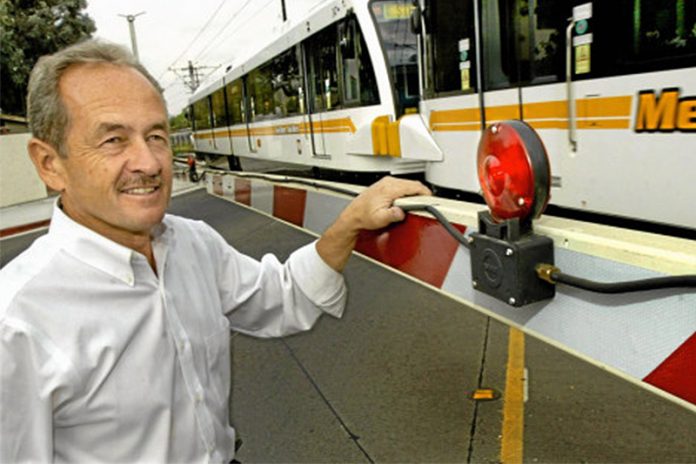 South Pasadena City Council members addressed a number of options recently as they continue to weigh in on an appropriate memorial for former council member David Margrave.

Following a lengthy discussion, the council decided to table the matter until city staff has an opportunity to speak with Margrave’s widow, Diane, to determine what would be the best way for the city to remember her late husband.

“The primary idea is to name an AYSO field in his honor,” explained Interim City Manager Elaine Aguilar prior to the arrival of permanent City Manager Stephanie DeWolfe last week. “Another idea for a memorial is a sculpture in Mr. Margrave’s honor. In the end, however, the main idea is to check with Mrs. Margrave on how she feels about naming a soccer field after her late husband.”

Following the death of Margrave in June 2015, city staff was requested by the council to ask the Parks and Recreation Commission to consider an appropriate memorial for Margrave. A month later, the issue came before the commission, which agreed to postpone any action, recognizing the city’s Naming Policy Section 4.41, which states that an individual must be deceased for at least one year before consideration to name a field after a designated person can be made.

Parks and Recreation commissioners opted to table the item for a year. In July 2016, they decided by a majority vote to name the Arroyo North or the south soccer fields in Arroyo Park in Margrave’s name.

Council members reviewed the issue again in October 2016 and referred it back to the Parks and Recreation Commission once more to consider memorializing the two-time city council member. “The commission approved AYSO’s nomination to name a field of City Council’s choice after Margrave and opposed the creation of a sculpture to be located within the city as a memorial for Margrave,” explained the city’s Community Services Director Sheila Pautsch. “The family did not confirm what type of memorial they would like at this time.”

Margrave served on the council from 1982 to 1986, and for a second term from 2003 to 2007, when controversy swirled around town as Margrave constantly pushed Metro to quiet its bells and whistles at intersections where trains passed in the city. He also stressed the importance for the agency to construct sound walls in the city as he vigorously complained about noise from light rail trains rolling through the city. On one occasion he arrived at a South Pasadena City Council meeting wearing combat fatigues.

Margrave was also a staunch opponent of the proposed 6.1-mile 710 Freeway extension either on the surface or tunnel route.

Among his contributions to the city, Margrave, the longtime former owner of Morrow & Holman Plumbing now operated by is wife, was instrumental in the planning and construction of the Youth House in Garfield Park and volunteered countless hours as a coach and referee for the American Youth Soccer Organization (AYSO). He was also one of the founders of the 4th of July Parade in 1982 and over the years entered one of the most lavish and recognizable float that captivated the crowd.

“In talking with John Mass, Commissioner of AYSO, he stated that a memorial to Margrave would be a wonderful idea,” noted Pautsch. “He added that last year, AYSO created a commemorative coin in his memory and in 2014 Margrave received the Ironman of the Year award for his dedication to the AYSO over the years. Mr. Mass said that AYSO would assist in any way with the memorial for Margrave.”

Fields in Arroyo Park are currently named after Dave Nelson, Florence Clarich and Frank Burke, Pautsch pointing out they were all nominated by Little League Baseball. Arroyo South is currently not named after a person, leaving the opportunity to select Margrave if it chooses.

“Per the Naming Policy, it is with the City Council’s authority to approve or deny the naming of a soccer field in honor of an individual,” said Pautsch.