Former South Pasadena police officer Timothy Patrick Green says the city owes him and his family an apology. His case is persuasive. According to the litigated public record, Green got screwed.

Seven years ago, after 26 years of service, the police department terminated Green because of his disabilities and failed to accommodate him under the Americans with Disabilities Act. Green believes it. Many of his former colleagues, including the city’s former police chief, believe it. A jury believed it. An appeals court upheld it and the municipal insurance company that took over the case and paid the $3,642,136 final award last week didn’t see fit to further appeal it.

But there is an exception: the City of South Pasadena, which in the settlement agreement signed late last month expressly denies liability. As such, city attorney Teresa Highsmith told the South Pasadenan News, “there is no basis for an apology.”

Green’s attorney, Vincent Miller of Encino, is more forceful in stating what he believes Green is owed. “Pat is asking the City Council to do the honorable thing and apologize and honor him. He wants his name restored, deemed retired effective the day of the court decision at the rank of sergeant. He wants a retired badge and ID, concealed weapon endorsement on the ID. He wants a city proclamation, calligraphy or plaque for his office wall.” Under the city’s police association contract, he notes, “retirees after 10 years get to keep their duty weapon — so they should sign it over or replace it.”

But under the settlement, Green completely released the city “from any and all past, present or future claims, demands, obligations, actions, causes of actions, rights, damages, costs, expenses and compensation of any nature whatsoever.”

“I think he is due an apology,” said former Police Chief Joseph F. Payne. “He was wrongly terminated. Green was treated unfairly by the police chief at the time, Arthur J. Miller, and is entitled to every penalty the court awarded.”

The divorced 60-year-old Green, whose friends gave him a job managing a restaurant near his home in Westchester, has two children in college and one in high school. Although he still gets a portion of his pension, he’s had to borrow money from friends and family. Since losing his job seven years ago, Green–who pulled down nearly $137,000 in pay and benefits during his final year in 2012–has lived a very “basic life”—no new cars, $2 shirts from K-Mart, lucky to have been able to stay in the house he bought in 2011 when prices were low.

But that’s not the worst part of being unjustly terminated. “You are in complete shock. I couldn’t sleep. It just ruins you.” He was depressed for a year, took a lot of medication, and drank. “The feeling I had was as an outcast. When this happens, all your friends at the police department that you knew for over 20 years [won’t] talk to you. They are afraid to talk to you for retaliation.”

Though some officers testified in his defense, others were afraid of retaliation. One colleague told him, “’Pat, you’re a great guy. I respect you a lot. I cannot do it. Because I’m afraid the chief will demote me.’” He said Chief Miller came to the trial every day in uniform “to intimidate the witnesses.” Another colleague who did testify told him be believes he’s been passed over for jobs because of his testimony.

An influential city personality declined his request to help him contact city officials to discuss Chief Miller’s actions. “Her exact quote was, ‘I love you both. But it’s like a divorce. I don’t want to take sides.’ And I said, ‘well I’ve got truth on my side.’”

Although Green had been placed on administrative leave, he was fully expecting to return to work. He still remembers the day Miller called him into his office, told him he was being terminated for lying, and demanded he turn over his keys, badge, and gun. “He gave me a piece of paper to sign that I was no longer a police officer with powers, that kind of stuff. You are not allowed in the station; you have to turn in your keys, you can’t go through your emails, can’t get your pictures.

“When you get your gun and your badge taken away from you, are escorted downstairs to your locker and walked out the back gate, it belittles you. After how many years of pride I walked in and out. What happened? I was in a daze.”

With his attorneys and experts getting about 40 percent of the award, Green will wind up with a little over $2 million.

“The biggest thing I have learned in this is that people really don’t care about the truth. If the city did, this would have been over in a week. They were just trying to push me away to save face, I guess. They drug it out as long as they could. I think the city tries to wear you out financially and emotionally.”

Not so the jury. “After my case, they came out and hugged me. That was a very emotional point. A jury of all different kinds of people came out and said, ‘Officer Green, you were wronged.’ That made me feel good.”

“I worked hard and studied hard to complete my studies and graduate. I relished my work on the streets and worked hard to establish positive bonds with our community.” He was well regarded, received numerous commendations and, according to Chief Payne, always received positive performance reviews.

He spoke to civic groups, stopped in at churches to connect homeless people with services and worked for years as the K-9 handler. On patrol, “I gave more warnings than tickets, because I figure my job as a police officer is to motivate people to do the right thing.”

But his disabilities—dyslexia and attention deficit disorder—impacted his ability to do his work. He had trouble writing reports. It is something he disclosed to Ward at the time of his application, and was well known among his colleagues, who willingly helped him. But it was not formally documented. Green says his sergeant spoke with the captain about his disabilities and asked for some sort of accommodation or assistance “but there was never any follow up.”

At 5 am on the morning of Jan. 31, 2012, Green stopped a southbound motorist at Fair Oaks and Rollin St. He approached the vehicle and through the rear driver’s side window yelled at the driver to slow down. But he cut the encounter short to investigate possible suspects he’d noticed across the street at the middle school. Both cars left the scene.

It turned out later the driver had been involved in an earlier hit and run. This led to an internal investigation conducted by former Sgt. Craig Cooper, who noted Green twice said he yelled at the driver when he was standing at the “rear quarter panel” and once when he was at the “rear bumper.” Cooper turned his report over to Captain Richard Kowaltschuk.

The appeals court ruling takes it from there. “According to Cooper, Kowaltschuk thought that Green inconsistently reported ‘standing at the rear quarter panel’ and standing at the bumper. Cooper responded: ‘That’s the same area of the vehicle…’

“Kowaltschuk asked Cooper to revise his findings to include allegations of dishonesty. “Cooper thought the revisions Kowaltschuk recommended were not ‘accurate’ or ‘factual.’

Cooper thought that Kowaltschuk ‘was going after Pat [Green] because of his disabilities, like he’s been out for him for years. Cooper worked with Kowaltschuk for 10 years.’ Kowaltschuk said, ‘[T]his is our chance to get rid of him [Green].’ Cooper refused to revise his findings.”

Neither Kowaltschuk nor Cooper are still with SPPD. In 2014 Cooper, who testified for Green at the 2017 trial, sued the city for political retaliation.

Payne told the South Pasadenan News Green’s disability was not by itself disqualifying to be a police officer. Many officers have overcome such disabilities, he added. In any case, Green had been “lawfully hired.” He issued Green a two-week suspension for failure to complete the investigation–one week suspended if he agreed to a performance plan and the second if he sought and obtained help.

At trial, Payne said he didn’t feel the situation called for punishment but a chance to get Green “some of the assistance that I felt he had not been provided for quite some time.” According to the court judgement, he told Green that Kowaltschuk “manufactured the facts” to support a charge of dishonesty.

But shortly thereafter, Payne retired and in February 2013, Arthur J. Miller was appointed chief. By then, the incident was over a year old. But Miller reopened the case and in March notified Green he was being terminated for dishonesty due to the confusion over where he was standing when he yelled at the driver. He also did not buy the story about seeing suspects across the street.

Miller’s notice came even though, under the Peace Officer Bill of Rights, no personnel investigation can be opened more than 12 months after the conduct at issue—one of only several procedural rules Green’s expert testified the city violated.

Miller argued “the concept of double jeopardy does not apply to employment decisions.” (Several years later, the city dismissed a complaint Green filed against Miller, citing the very same one-year prohibition in the Police Officer Bill of Rights.)

Miller also argued that Payne “apparently gave more consideration to your ability to continue with your employment as a police officer, than to the impact your dishonesty had upon the profession that he seemed determined to allow you to continue in.”

Miller, who left the city in August 2018 and is now a police chief in Peoria, AZ, did not comment for the record.

At trial, the city called only one witness. Clarence Chapman, a forensic expert on police practices, testified that he too would have fired Green for dishonesty, because he found the testimony of the driver who Green had pulled over to be more credible than Green.

The driver, who had fled a hit and run moments earlier, had also told police that he had been drinking. He turned himself in the next day.

Green still visits South Pasadena, where his girlfriend and her 10-year-old son live. He attended the event for fallen officer Kevin Sandoval and was well received by former colleagues. He said the people there support him 100 percent and “are glad that I got what I got.” 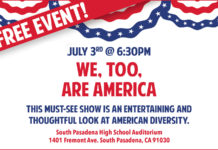 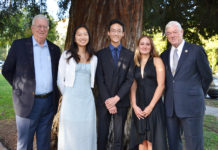 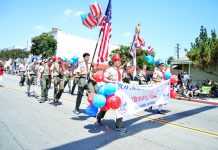 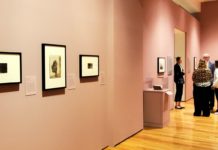 The Huntington | ‘100 Great British Drawings’ is a Must-See Exhibition 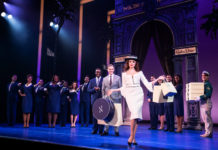 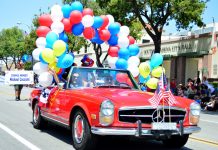 4th of July | Festival of Balloons is Back! 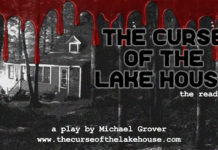 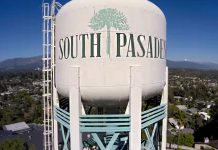