As we enter our fourth week of social distancing, we may be experiencing any number of the stages of grief as we navigate our lives in a way we never could have expected. I have found comfort and distraction delving into the arts by exploring the works of dancers, artists and theatre houses both known and heretofore unknown to me. Everything from full length plays and musicals, archived dance performances, local music podcasts, livestreams on Facebook and Instagram and of course new and obscure offerings on Netflix and other platforms. Here is another smattering of things we are checking out right now. If you see something you think would interest your fellow South Pasadenans, please pass it along at Alisa@southpasadenan.com.

“The arts are not just a nice thing to have or to do if there is free time or if one can afford it. Rather, paintings and poetry, music and fashion, design and dialogue, they all define who we are as a people and provide an account of our history for the next generation.”  – Michelle Obama

Blue Guitar: This Week’s Wine & Song series at the Blue Guitar is now available and features Sweet Talk Radio, Brian Joseph, The Rough & Tumble, Rachel Garlin, Cynthia Carle, plus the Wednesday Wine Tip from Tim Fleming, and Words with Chauncey Bowers.
on the Wine & Song Podcast and Third installment of the Wine & Song podcast is up now. Many of you had requested a Thursday jazz podcast also so we’re debuting that one this week as well. Wine & Song Episode 3
The Thursday Jazz podcast debuts this week featuring Adam Levy, and many more. Download or stream at the Blue Guitar website blueguitar.club Hosted by our local troubadour, Brad Colerick.

The always exquisite Nederlands Dance Theatre is known for being bold and idiosyncratic since its founding in 1959 by Benjamin Harkarvy, Aart Verstegen and Carel Birnie in coopoeration with eighteen dancers from Het Nationaal Ballet. The avant-garde aesthetic of Glen Tetley and Hans van Manen brought NDT ambitious and progressive productions that put the company on the international map.

The 80s and 90s brought a new, distinct choreographic profile with the vision of Jiri Kylian. He pioneered the idea of developing talent within the company, which gave them opportunities to become choreographers of international repute. Sol Leon and Paul Lightfoot are primary examples of this and have been house choreographers since 2002.

The company is now known as one of the most productive dance companies in the world and will be offering works online for free at NDTV with new pieces available for limited periods. Check listings here at https://www.ndt.nl/en/actiepaginas/ndtv.html

Paris Opera Ballet: The famed Paris Opera Ballet is streaming many of their ballets for free at their website www.operadeparis.fr. This week’s offering is “The Barber of Seville”, with “A Tribute To Jerome Robbins”, “The Tales of Hoffman”, and “Carmen” to follow. They also offer a virtual tour of Palais de Garnier. 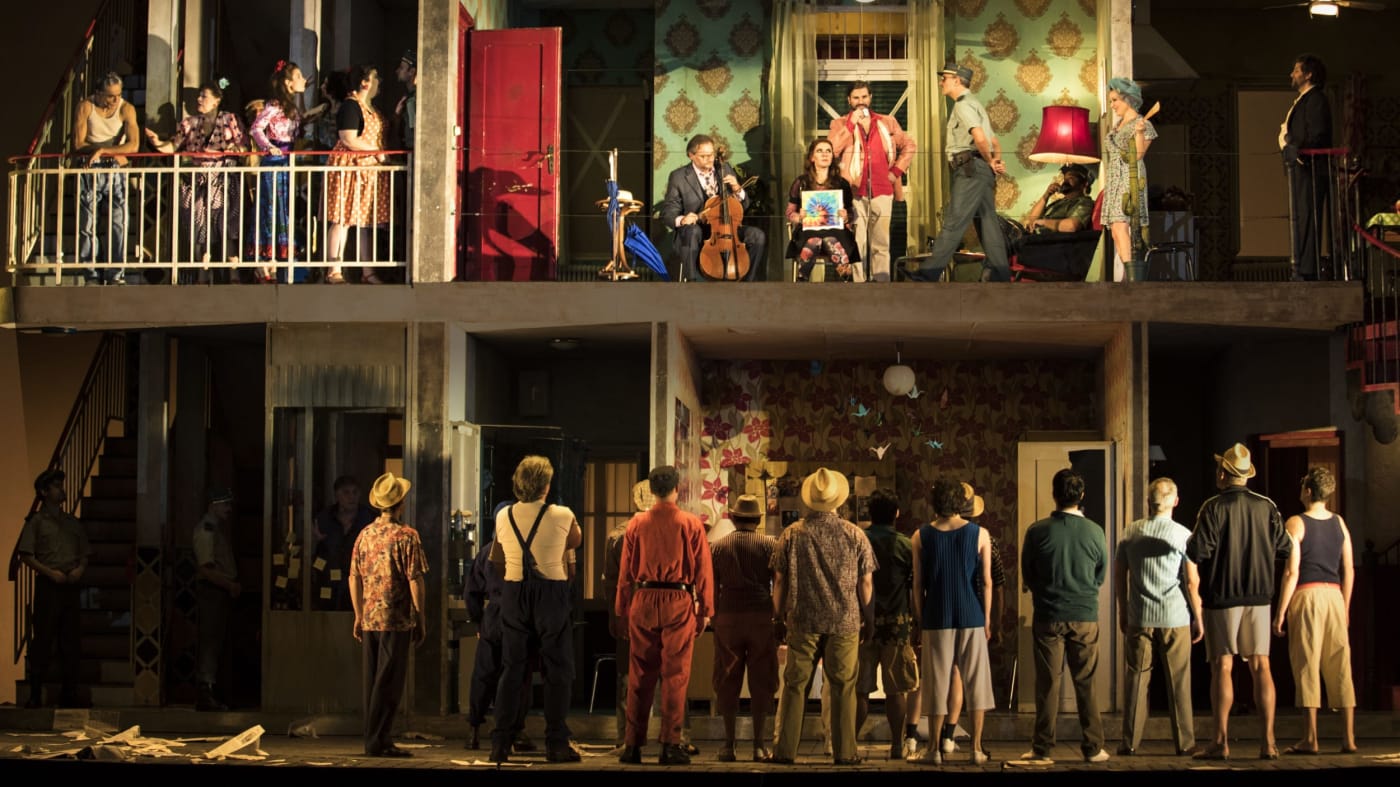 Rotterdam Philharmonic was just one day short of getting on a plane to start their American tour. They would have been at The Soraya on March 25. Rest assured, the talented ensemble has used their time at home to create this powerful version of Beethoven’s Ode To Joy from their living rooms. You can watch this one over and over again. Find this performance at Rotterdam Philharmonic From Us To You on YouTube.

The Martha Graham Dance Company performs “Sharing The Light”. This company will be in Southern California as part of the 10th Anniversary Season at The Soraya in the spring of 2021. “Unlike musicians practicing in their living rooms, dancers have a different challenge. They need room” explains Soroya director Thor Steingraber. “Well, these determined and talented dancers found a way, and the result is one of the most uplifting things I’ve seen during recent days. You’ll recognize many of the dancers from their previous performances at The Soraya. And you’ll see them again soon.” Find Sharing The Light at Martha Graham Dance Company Sharing The Light on YouTube.

Cirque du Soleil’s roots began in the 1980’s when Gilles Ste-Croix assembled a troupe of street performers who took their shows to the streets of Baie-Saint-Paul near Quebec City in Canada. They were known then as The Stiltwalkers of Baie-Saint-Paul and would form the core of what would grow into Cirque du Soleil. In 1984, led by troupe member Guy Laliberté, the group embarked on a Canadian tour showcasing their new “circus” that was animal-free and utterly unique featuring original music played live, visually stunning costumes and magical lighting. It was during this time that Laliberté renamed the troupe Cirque du Soleil because in his words, “The sun symbolizes youth, energy, and strength. It was a new dawn in the world of circus arts.

Next of course came their first US tour in 1987 that stunned first Los Angeles and eventually the world. The magic begins the moment you enter one of their now famous circus tents where you are transported to a magical place and time with exquisite set and sound design, death-defying acts, lush music and unmatched creativity. Cirque du Soleil has continued to push boundaries with new creations in various stages of development in Montreal. At any given time, there are about 16 live shows running on permanent stages and on tours throughout the world.

The National Theatre presents Jane Eyre, a bold and innovative reimagining of Charlotte Bronte’s masterpiece that uncovers one woman’s fight for freedom and fulfillment on her own terms. The Evening Standard called it “a fresh, exciting & endlessly inventive production.” Streaming from 7pm Thursday April 9 through April 16.

Be sure to check back on our previous Arts article for updates and reminders of weekly offerings.