“Expect to see something fun!” exclaims senior Wressey Baugham, “I firmly believe that this show is going to make you laugh, you’ll be amazed, and entertained, above all. We’re all excited to share the fun we’ve been having with the audience!” Baugham plays the charismatically cruel law professor, Callahan, in South Pasadena High School’s production of the Broadway musical, Legally Blonde, set to open with a three performance weekend April 25-27. It’s a role he has taken on with relish.

“It’s just been so much fun to play this character,” he tells us, “Mr. Hoffa has helped me immensely in understanding how this character can be portrayed to make him genuine and fun while still keeping that sinister tone that is ever-present in Professor Callahan. For me that’s meant adding a little flair and adding some liveliness to bring him to the next level.”

The musical, and the 2001 movie it’s based on, is clearly more than your typical teen romantic comedy. Legally Blonde has resonated over the past 18 years as a feminist comedy that demands that we not judge a book by its cover. It is the story of UCLA sorority girl Elle Woods, who, having been unceremoniously dumped by her boyfriend, sets out to prove she has what it takes to be taken seriously and follows him to Harvard Law School to win him back. Sounds rather retro, however, what follows is unexpected and eventually empowering.

“Look, there are many goofy and funny moments and I hope people come away having laughed a lot. And the dancing and singing is great. Ms Cheyne and Mrs Jones (choreographer and musical director) have done great work,” says director Nick Hoffa, “But I think people will be surprised by the undercurrent of serious issues – stereotyping, sexism, bullying, sexual harassment, using negative language to define others. This show is really a satire of a lot of our current culture and like all good satires, uses a broad comedic tone to get to pervasive issues. People expecting pink silliness the whole time will be surprised that there are difficult moments and words.”

Echoing that sentiment is Lindsey Calva, who plays Elle, “I am most looking forward to sharing the story our cast has decided to tell. We are really hoping to promote a theme of self-acceptance and uniqueness. We shouldn’t have to change who we are in any way in order to get something accomplished. We should all follow our own direction to accomplish our goals without allowing others to define our ability… especially based on appearance.”

It’s been a very challenging role for Calva, both vocally and just sheer endurance. The character basically never leaves the stage other than quick costume changes, but Calva says it’s been a blast and a journey close to her heart. “This message is really personal to me because I’ve experienced a lot of the same ridicule that Elle Woods has (maybe not to the same extent). I hope that this show is something people will see and feel excited to embrace what makes them special.” 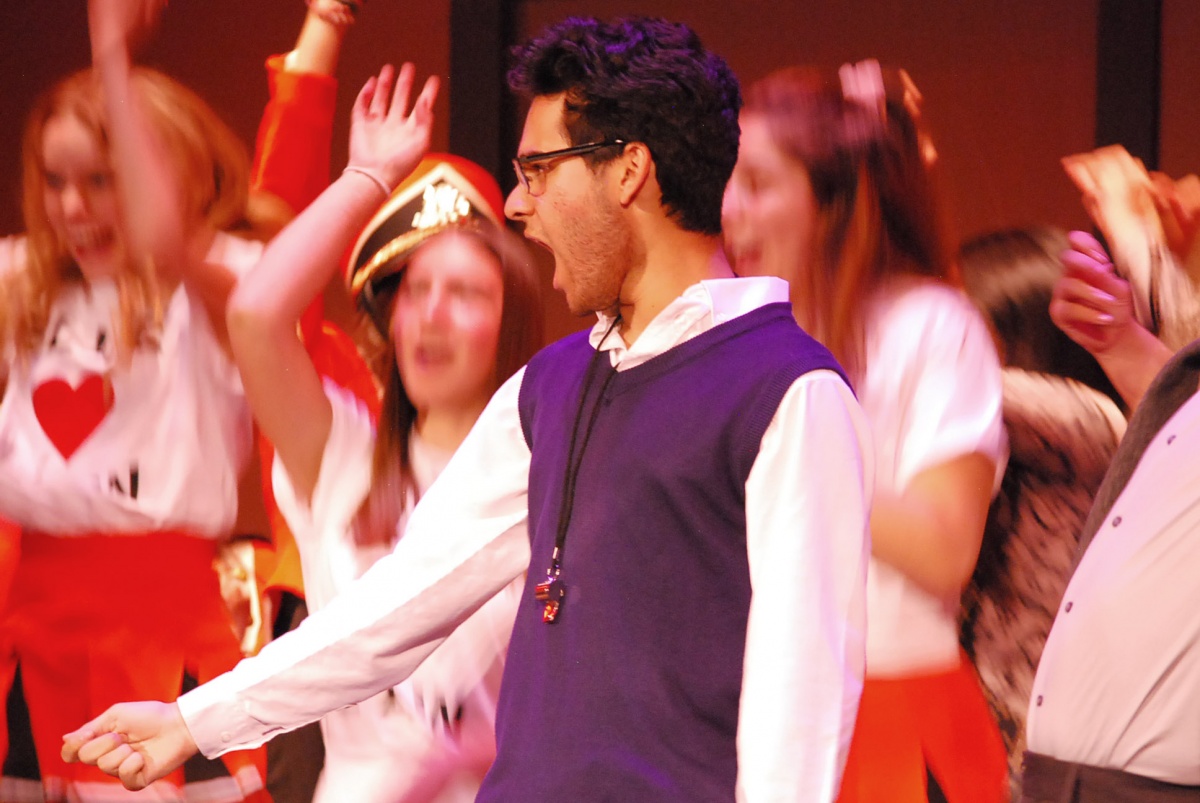 It’s also a very physical show. Just ask Rose McCollough, who has the daunting task of singing an entire song while jumping rope! “It’s the hardest role I’ve had yet. Brooke has a 6-minute jump roping song in which I sing, dance and jump rope for all of it! I’ve been jump roping and rehearsing since I got cast in the role every single day. It’s been a journey but this show is gonna be so great and fun for everyone involved.” Like Baugham and Calva, this is McCollough’s last SPHS show and while she’s sad her SPHS drama days will soon be over she says, “this theatre department is the reason I’m going to college and deciding my career path the way I have so far. My character doesn’t appear until the second act, which ended up being a great thing because I’m the co-president of drama and producer for the show, so I had a lot of rehearsal time to work on other things for the department.”

Legally Blonde is a big show, one of the high school’s most ambitious productions to date. Hoffa has been surprised by the reality of the quick costume and set changes telling us, “This is not a show with three large sets that take up the stage and repeat as the action unfolds. We are in a mall and then one line later we’ll be back at Harvard. I think it will make for a really funny and fluid viewing experience, but as a cast often we’ve had to say, “Wait, what? We’re in a bathroom now!?” 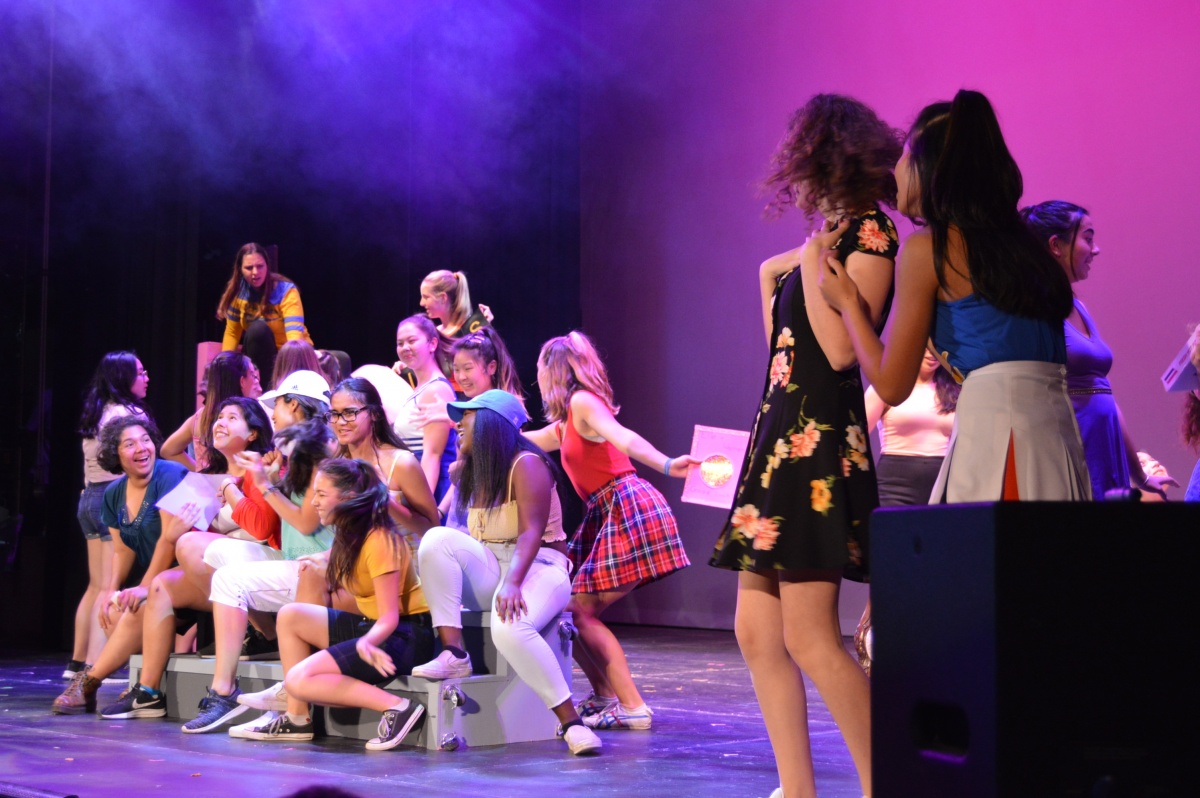 It’s been a crazy ride full of hard work and fun experiences, one of which was having a live Facetime call with Broadway actress Kate Wetherhead. She was in the original Broadway cast of Legally Blonde and is a college classmate of Hoffa’s. “Kate was nice enough to call in from New York and tell us about her experience” says Hoffa, “she played several roles in the original version. I think it was a good chance to feel a connection between the work that these guys do in the SPHS auditorium and what is possible.”

Baugham tells us the level of talent in this production is off the charts, “I don’t want to spoil any parts, but I have definitely been shocked many times throughout rehearsals by the skill people have been displaying with this show and there is nothing I’m more excited about sharing than this!”

If you’re looking for a show for the entire family to see, Legally Blonde is your pick for a fun-filled romantic comedy with tons of heart. Parental guidance suggested. Recommended age 10 and up.

General Admission is $15, children under 12 $10. Tickets may be purchased online at sphsasb.org, in the SPHS student bank after noon, or in the SPHS Main Office. Tickets also available for purchase at the door, cash only. 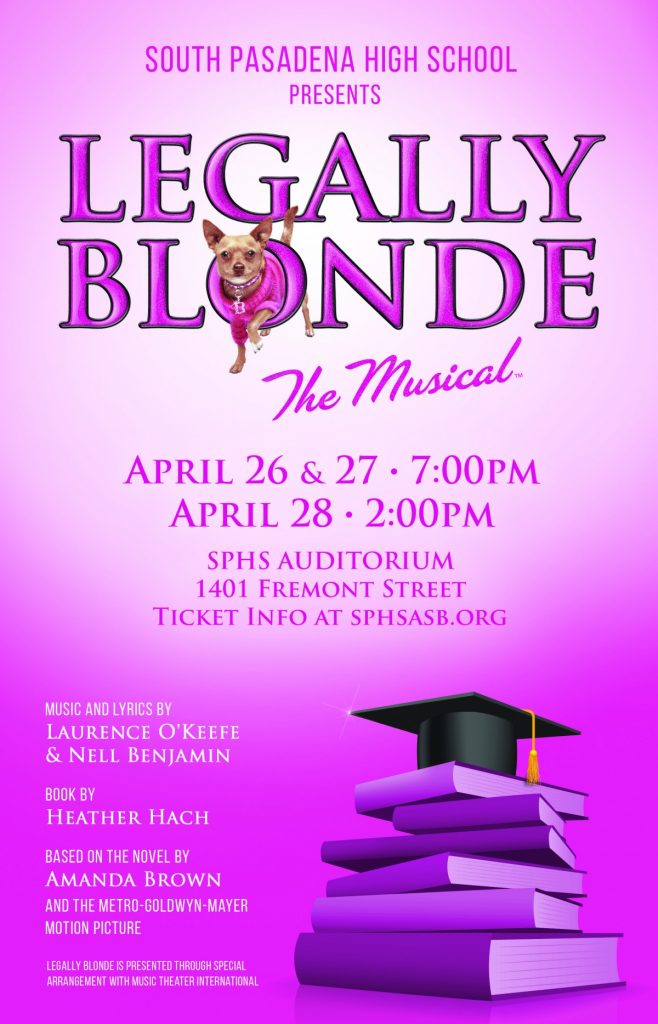