Certainly one of the most buzzed about casts on a major stage right now is the decidedly different and fresh ensemble of Little Shop of Horrors set to premiere this week at Pasadena Playhouse. The three leads, George Salazar, MJ Rodriguez, and Amber Riley spoke to us recently about their unexpected roles in this beloved show.

Mj Rodriguez, best known as housemother Blanca on FX’s “Pose”, had no idea or dream of ever playing Audrey in Little Shop of Horrors. The role is the ditzy blonde bombshell with the heart of gold played in both the original production and film by Ellen Greene and well, let’s just say, as a trans woman of color, it was not a role that was on her radar. Instead, she assumed they were calling her in to voice the plant, which would be fun but she secretly hoped to play one of the trio of urchins (The Ronettes) who act as a Greek chorus to the proceedings. To her absolute surprise, they wanted to see her for the role of Audrey, something she says means a great deal to her on many levels.

Rodriguez says it was her mother who first introduced her to the film version of Little Shop which they watched “on repeat!” The characters resonated with her and she just loved “The Ronettes”. “I just loved the way they opened the whole show and then I eventually saw how the characters of Audrey and Seymour were misfits and that really spoke to me; with Seymour being an orphan and not having a place, then finding a parent figure in Mr. Mushnik.  So many kids out there go through this and then with Audrey going through domestic violence,” she stops herself to say, “as a young person I didn’t really see those things, I just loved the characters, but when I was about 18 I realized these people have depth, this woman is hurt and she’s speaking about it through her songs.”

“People also dismiss this character as a dumb blonde,” she explains, “but in working with our director, Mike Donahue, we’re allowing the notion of how women work, how our minds work and how we need to be perceived into the equation. We’re not dumb when we’re vulnerable, we’re strong when we’re vulnerable.” Rodriguez adds “we’re looking at how real Audrey is and what she’s going through and of course bringing someone who is different in this role and well, I had to do this because you know my Mom’s name is Audrey too!”

The cast took a break in rehearsal to share a few songs with us and if Rodriguez’s “Somewhere That’s Green” is a clue as to what her full performance is going to be, we are in for something special. Bring tissues.

Unlike the other young cast members, George Salazar actually has history with Little Shop, having played the lead role of Seymour in high school. He says the show made him fall in love with theatre and was his discovery of this art form and the notion that he could sing.

What got Salazar hooked from the minute he spoke to director Mike Donohue was the notion of approaching Little Shop as if it is a new play. He is quick to add that nothing has been re-written but tells us, “we’re approaching the text and the music as a new thing and with that brings the challenge of taking everything I know about it and throwing it out the window, which is challenging. I grew up listening to Rick Moranis and watching the movie version and there are so many audio recordings that exist, so it’s about shaking all of that out and bringing a new Seymour.” He goes on to praise Donohue saying, “we are being guided by his brilliance, being tested and challenged. I initially thought “oh this will be fun because Seymour doesn’t dance and I can relax and have fun. And then we did our first run-through and I was like, oh, this is not your Mama’s Little Shop!”

For Amber Riley, of Glee fame, bringing her powerful vocals to the character of the voracious plant, Audrey II, sounded like just the thing to challenge her in a new way. “Being a part of this cool, awesome, diverse cast is just amazing,’ she tells us, “it looks like what the world looks like which is always great to be a part of a project that is very conscious of that.”

Originally Audrey II was voiced by a deep, male, “Barry White” baritone so Riley says the idea of being a woman in this role is really fun as well as challenging because she needs to make her scary too. “It’s all very new to me to only do the voice and that has been an interesting process to not be the person on stage but having to figure out the inflections in my voice that tell the story,” she explains. Surprisingly, the keys did not have to be altered for her and she says that they have managed to find their own way into the material. “I have to put myself in a space mentally where I’m projecting myself on the stage without actually being on stage!” She’s clearly having a blast and tells us, “the whole company is just awesome; everyone just dove in and has been game to do whatever our director wants and we’re just all collaborating to create a really fun show.”

She teased that they are doing something “rrrreeeallly different and interesting” with the plant and says working with the puppeteers has been exciting. Pasadena Playhouse just released a teaser photo but you’ll have to go see the show to see Audrey II in all her glory!

For the uninitiated, Little Shop of Horrors is an outlandish, campy musical by Alan Menken and Howard Ashman based on the 1960 low-budget movie about a nerdy skid row kid working in a struggling floral shop who nurtures a strange plant that seems to thrive when given human blood. It premiered Off-Off Broadway in 1982 then moved to the Orpheum Theatre Off-Broadway where it enjoyed a five-year run. With its wacky characters, infectious doo-wop and Motown sounds, and a sweet romance at its core, this story of misfits has charmed audiences as a favorite of smaller companies and high schools and was made into a popular Frank Oz film in 1986 starring Rick Moranis and Ellen Greene.

Danny Feldman, Pasadena Playhouse Producing Artistic Director, says he truly loves and cherishes this show, adding, “we wanted to do our version of it while still being truthful and honor what was originally written but also, in many ways, find new ways to make it delightful for audiences who already love it to come see it and also those who have never seen it before.  This stunningly talented cast is sure to make this a landmark theatrical event for Los Angeles.”

Director Mike Donahue says, “with its gritty early-Motown-meets-B-movie-horror-sci-fi vibe, Little Shop of Horrors has always been a favorite musical of mine, and it is a thrill for me to delve deeply into this rich material with this spectacular, electric cast. I look forward to not only paying homage to this musical theatre classic, but also exploring the themes that are still so much a part of our world today. More than anything, I look forward to Playhouse audiences having the time of their lives, and hearing our Little Shop with fresh ears, in a way they never have before.”

The cast is rounded out by Kevin Chamberlin as Mr. Mushnik, Matthew Wilkas as Orin Scrivello, and Brittany Campbell, Tickwanya Jones, and Cheyenne Isabel Wells as the Urchins.

Tickets available at PasadenaPlayhouse.org or by calling the box office at 626-356-7529 or in person at the playhouse box office. Prices start at $25. 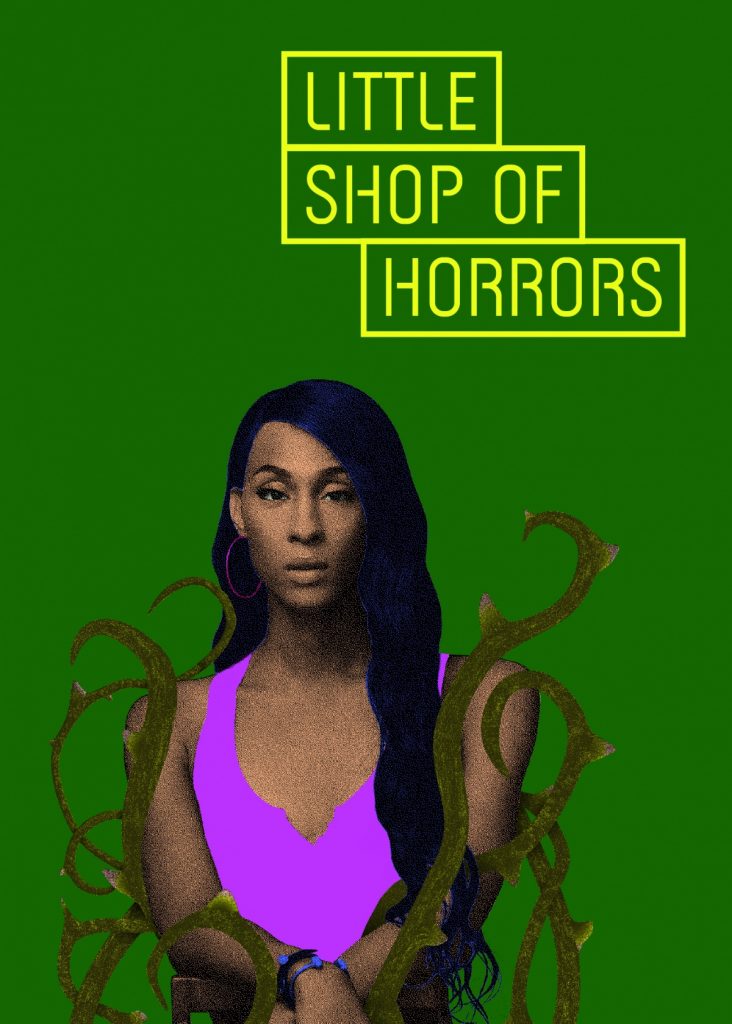