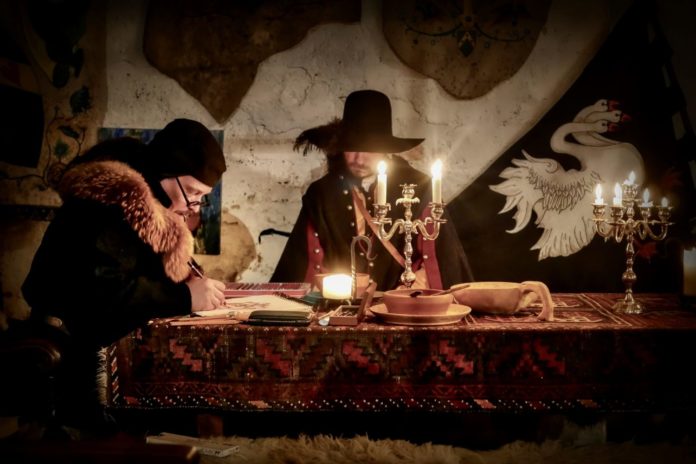 Depending on your age, the pandemic has become a time to consider the road you’re on. If you are still young, the pandemic is like flipping the “kill switch” to our everyday lives.

Now, there is plenty of time to evaluate the life path we are on and make decisions that will forever transform it. If you’re an old dude like me, you’ll probably take a more measured approach. You may even want to forgive yourself, as I did, for chasing a paycheck instead of relentlessly pursuing your dream job. Because that’s what it takes to make your dream career a reality, instead of just a hobby.

Shortly after retirement, I took a long look at my life. My self-assessment begins on the day I graduated from high school. It’s the time when most of us leave home to enter the workforce or go to college and sometimes bounce back after graduation.

So, let’s go back to the year 1977, and I will share with you the true story of “Brothers of the Craft.” First, though, I’ll give you a hint of what is to come. When I refer to “Danny,” he is none other than the talented screenwriter/director Dan Gilroy who is married to actress Rene Russo. Their successful marriage and film careers are proof that Hollywood dreams sometimes come true.

During the summer of 1977, Danny and I were gliding down a country road after midnight in his parent’s Monte Carlo. The drinking age in New York at the time was 18. That evening we slammed down pitchers of gin and tonic at a local bar. Freshly graduated from high school, our careers were nowhere in sight, and it didn’t matter. We knew the success of our meteoric careers was just around the bend. All we had to do is survive the drive home.

“What are you gonna do?” Danny asked.

“Race motorcycles and write screenplays.” I thought about being an astrophysicist, but I’m not too fond of math.

“You going back to California?”

“Dartmouth College. English major. I got the vibe to scribe, brother. Same as you.”

Danny and I were wannabe writers. Shit-faced at the moment, but still on theme – young, oozing with optimism, talent to burn with shitloads of ambition. The Pulitzer (won by his father in 1964 for his play The Subject Was Roses), Tonys, Golden Globes, Oscars – they were all waiting for us to collect someday. Only one question remained: which ones and how many?

We were at the crossroads. All we had to do is grab the severed head of the devil, thrust it through the sunroof, and aim our gas-guzzling beast toward la la land.

The Monte Carlo bottomed out and then sprung up like The Hammer Ride at the county fair. The barge-like hull felt like it levitated and moved toward the shoulder.

“We’ve been down this road before.”

We glanced at each other.

“Poets!” we said together, laughing.

We could only see as far as our headlights, but we knew the township of Blooming Grove was coming up fast. We were less than a mile from my home. Our last night together before Danny left for Dartmouth.

He pulled into my parent’s driveway.

I pushed the monstrous door with my foot and waited until I was sure it didn’t swing back like a guillotine and sever a limb, then staggered around the casket-size trunk. Danny’s window lowered. “Whatever we do, let’s make it big. Promise me, Rick!” Without waiting for a reply, he threw the beast into reverse.

My parent’s driveway was straight as an arrow, long and smooth like a drag strip. Danny liked to peel rubber in reverse. That night, he floored it. A cloud of rubber rose from the asphalt as I ran down the drive after him trying to stay upright. Danny hit me with high beams, and I thrust my fist in the air, screaming, “I promise!” Then I puked.

I remember that night perfectly, mostly because it mocked me during my 30-year corporate career. Danny and I had similar professional interests but arrived at dramatically different destinations. I decided to retire early to write full-time, but I dared to look back.

Taking a deep dive to assess your life history can be a soul cleanser if you don’t dwell too long on what could have been.

In 1977, during my senior year at Washingtonville High School, I was the new kid on campus in upstate New York. I had just arrived from Southern California. Danny heard that I had finished a paper in my writing class about starting a mail-order business. We met briefly, but I think his real motivation was to date the Homecoming Queen, my sister, Perri.

Nevertheless, Danny and I became fast friends and business partners in a company we named T & G Enterprises based on our surnames. We built kits for making hot air balloons, which accounted for all of our company’s sales. My mother created the artwork for the magazine ad we placed in Boy’s Life Magazine. She drew a hot air balloon in the shape of a flying saucer.

One kid named Ishmael Screen wrote us asking if he could crawl inside the flying saucer and navigate the thing like a starship. The kit contained several paper-tissue panels to glue together. Our test balloon caught on fire. It shot straight up and got tangled in tree branches. We all held our breath, hoping the giant pine tree at Danny’s house wouldn’t go up in flames. I wrote Ishmael back saying, “Sure you can!”

Danny’s father, Frank D. Gilroy, won the Pulitzer Prize in 1965 for his Broadway play The Subject Was Roses. Frank was a writer-director on TV westerns in the 1950s, theater, and film credits during the 1960s and 1970s. When I visited their home, he was already in the family study behind a locked door with his 1936 Remington typewriter. How cool is that?

One day Frank emerged from his writer’s lair to ask me what I thought of his new movie From Noon till Three, starring Charles Bronson and his wife, Jill Ireland. I saw the film at the local Drive-In in my 1969 Chevy El Camino but was a bit distracted with my date to give him a thoughtful review. I saw the movie again a few years later and enjoyed the witty storyline and wicked plot twist at the end.

Frank gave us entry passes to see SNL staring the original cast of “The Not Ready for Prime-Time Players” Laraine Newman, John Belushi, Jane Curtin, Gilda Radner, Dan Aykroyd, and Garrett Morris. My first impression was a surprise; the audience seating area and the stage were similar to an Off-Broadway playhouse. Eric Idle from Monty Python fame was the guest host. He looked a lot like the English rock star Peter Frampton who was at the height of his career in 1977, only to see his rising star plummet.

When Danny and I shot pool in his family’s game room with our V-8 drinks in hand, we talked about making a music video parody of Steve Miller Band’s Fly Like an Eagle we re-titled “Fly Like a Beagle.” A beagle sits on a rocky cliff, ears flapping in the arctic breeze. He leans forward and falls off the icy cliff. His ears then catch air like a parachute and begin to flap slowly like a predator bird in flight. He soars like an eagle, except his long fat tongue is sticking out. We sang together, “I want to fly like a beagle to the sea. Fly like a beagle, let my spirit carry me.”

T & G Enterprises sold enough kits to break even, but not enough for Danny and me to avoid the inevitable. We had gone to school for twelve years. We needed another four more before swearing off formal education forever in our quest to become the success we promised each other that night.

Teenage dreams with a lifetime to make them come true.

Only with hindsight is it possible to see the bigger picture. That’s when we can fully appreciate the life arc that becomes our personal narrative over a lifetime.

Next week: Brothers of the Craft (Part 2).