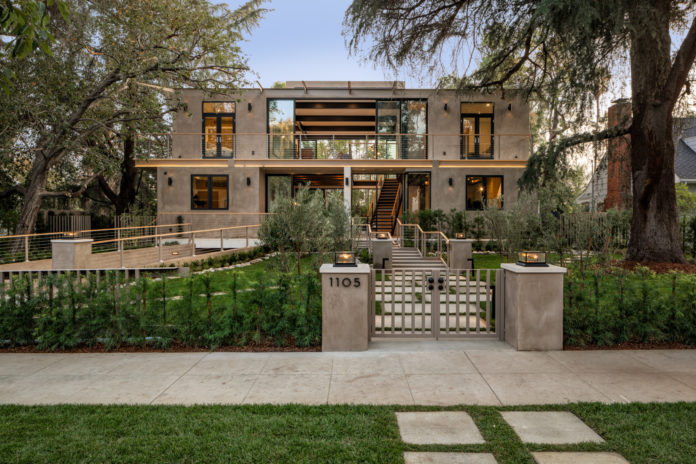 Real estate adjectives get bandied about profusely in Southern California. However, there are probably not enough descriptive words to properly explain the splendor of 1105 Buena Vista Street in South Pasadena.

Notwithstanding the fact that there are so few truly Modern homes in the 91030 zip code – homes of this quality and vision in any architectural style are rare.

Built from the ground up in 2019, 1105 Buena Vista is the execution of the design sensibilities of the owner (the home was originally designed to be the owner’s personal residence) and the architectural firm Stamps and Stamps in South Pasadena. Truly Modern in every sense, the design offers a unique re-imagining of the Southern California lifestyle – bringing the outside into the home as an integrated whole. 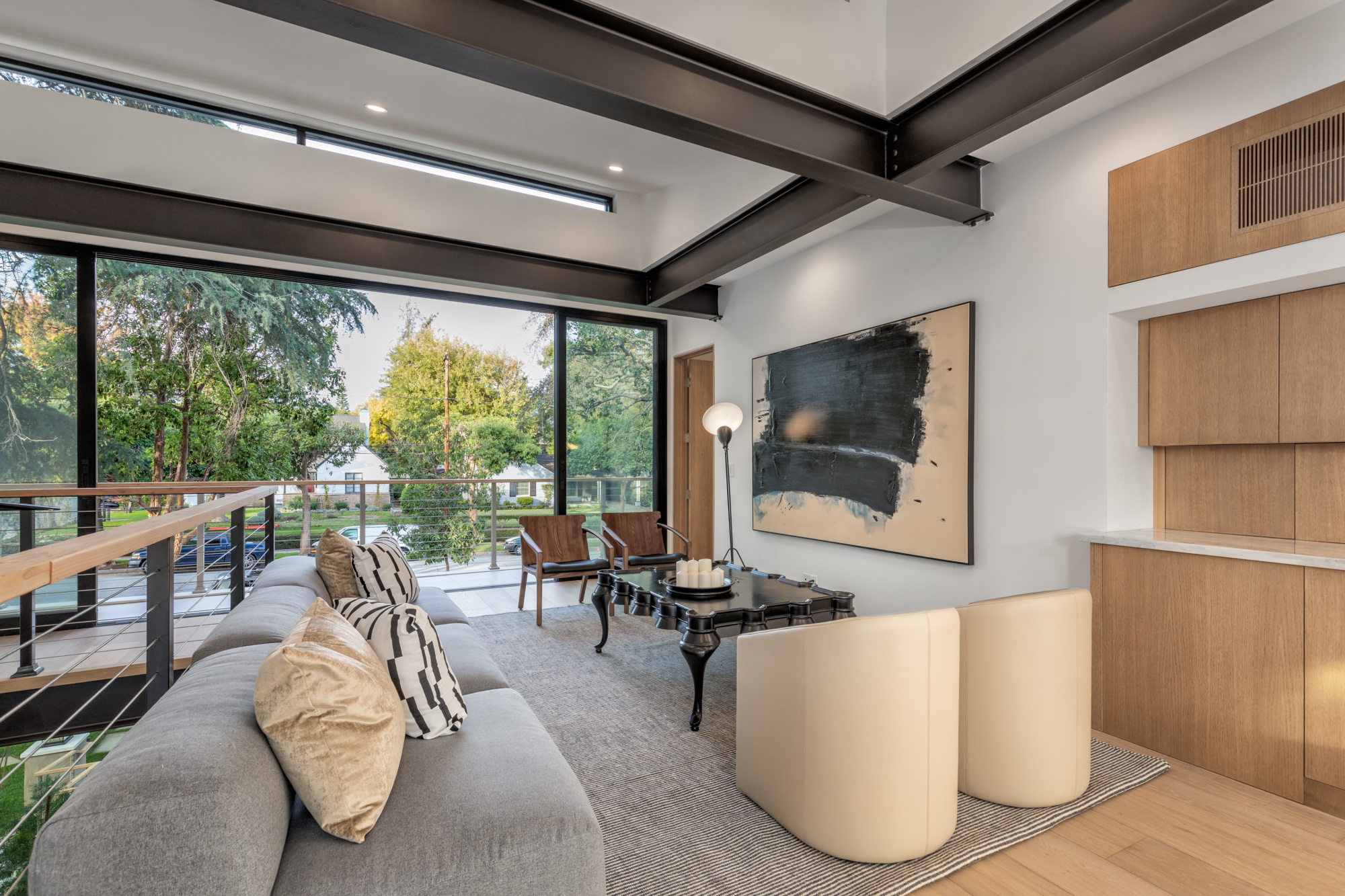 This is accomplished via an enormous and visually stunning front door made from a single pane of glass. A central pivot point creates an opening to the home as wide as 2 doorways – even huge ones. Further – this 2-story home bathed in glass offers ultra-wide sliding doors that literally expose the interior to the exterior. There are 4 such sets of doors – front and back on the first floor as well as the second story. When all the doors are open – it is as if one is perched in a shady spot underneath the large trees on the lot. You are effectively outside – even while inside the structure. The effect is all the more pronounced as the mature trees and greenery were retained on the property.

According to co-listing agent Michele Downing who is the Executive Director of the Estates Division with Compass: “The perfect buyer could be one of two scenarios. The buyer could easily be right here in South Pasadena. A family who appreciates the modern architecture and has been waiting for the perfect house. Another buyer could be an executive couple who wants the feel of a Westside home with the neighborhood of a tree lined street with excellent blue ribbon schools.” The other co-listing agents are Holland Ashrafnia and Aaron Kirman also with Compass. 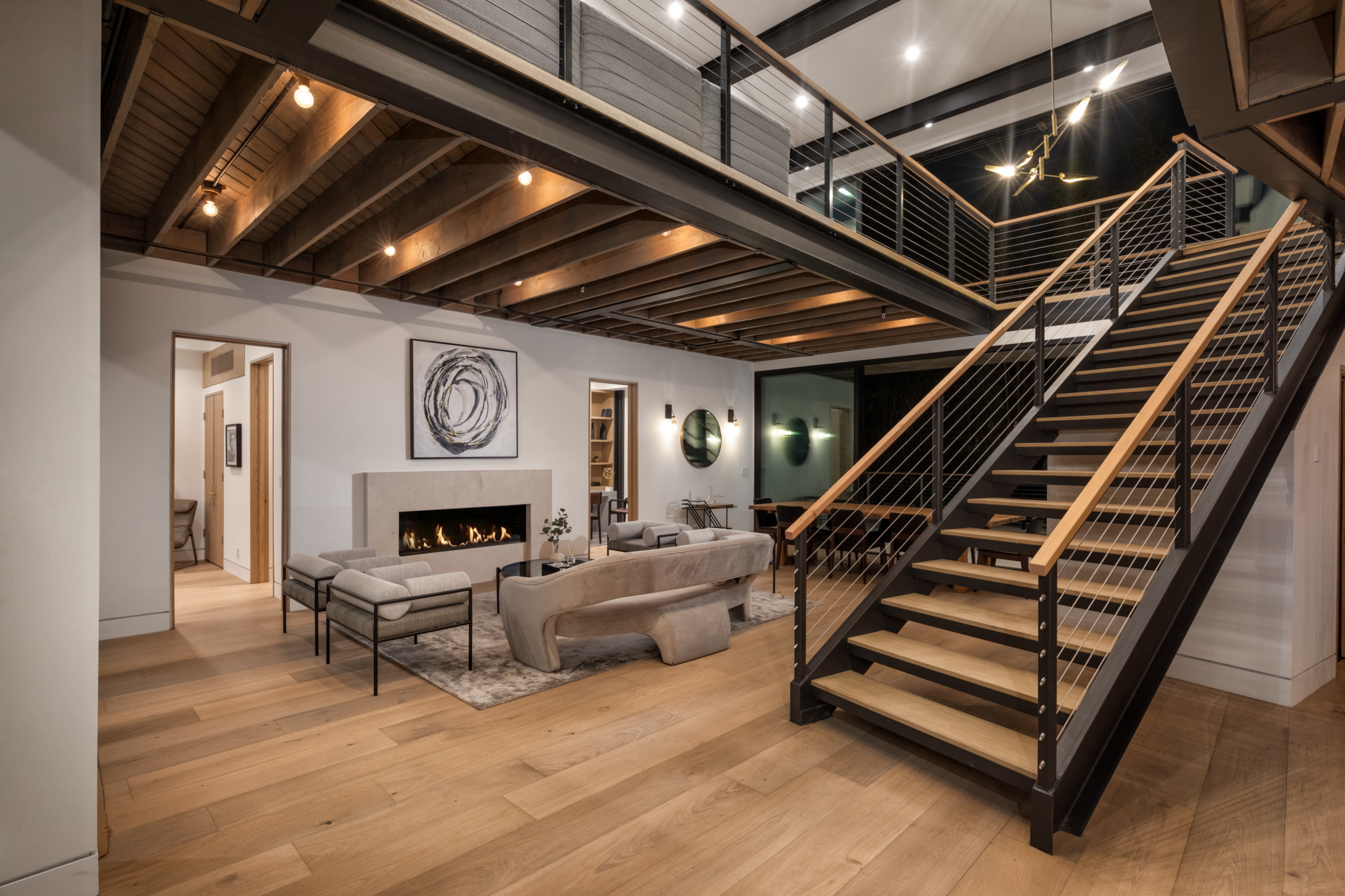 The interior is simple yet sophisticated. Using a palette of black and white, with earthy oak wood tones throughout, the space is seamlessly open and airy. It is also among the most light-filled homes you will ever see.

Zen-like steel beams support the large structure – which measures approximately 3,519 square feet of living space. There are 4 bedrooms and 4 baths in addition to a huge underground carport – which allows multiple cars to slip into the home to remain unseen from the street.

Odom Stamps, President of Stamps and Stamps described the structure as follows: “The house design is unapologetically Modern, but wrapped in greenery and warm tones, with a steel superstructure, smooth stucco, stained exposed wood framing, oak floors, cabinetry and bedroom doors, and it fits in like a puzzle piece between the trees to appear like it has always been a part of the landscape.” 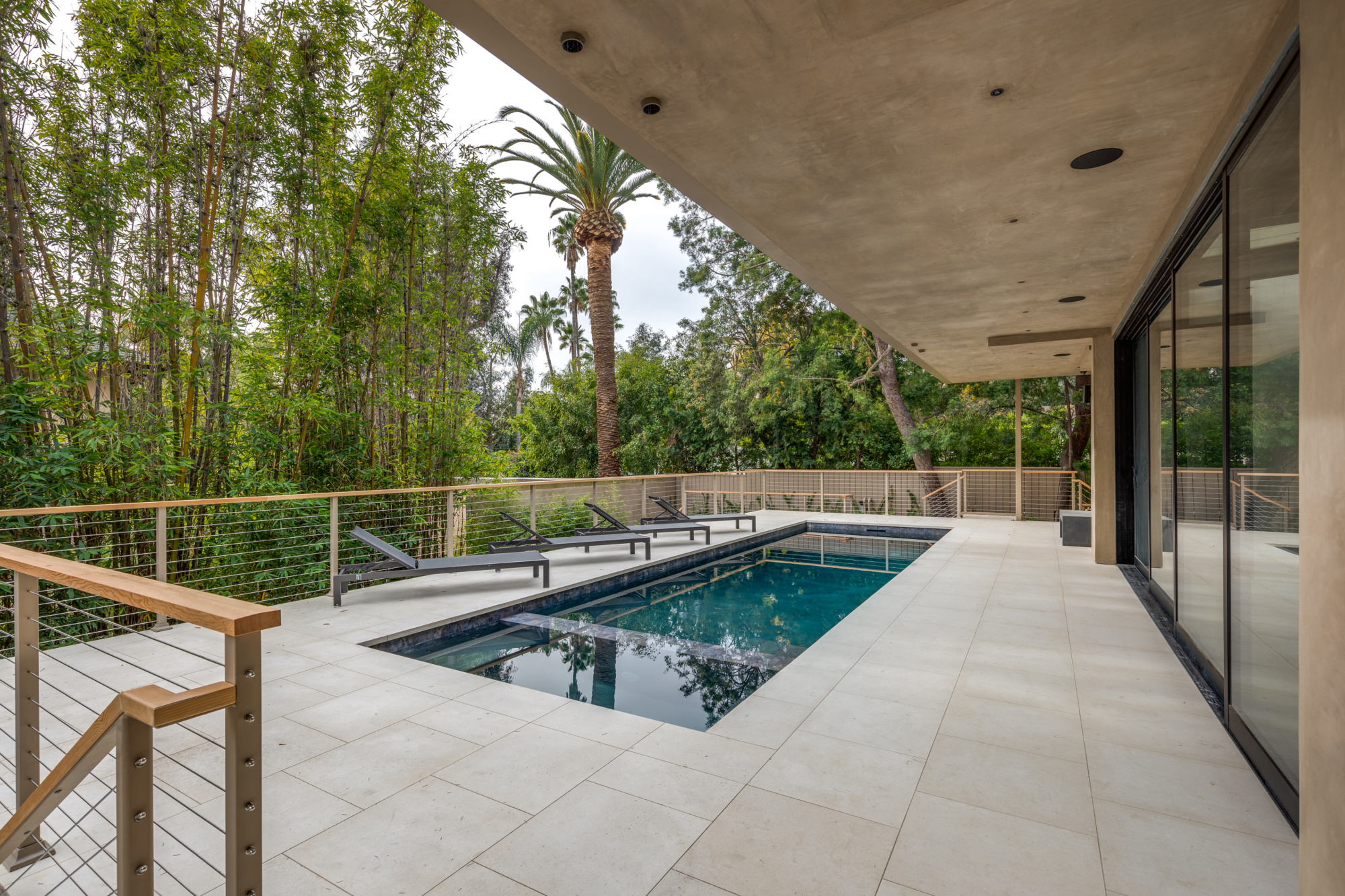 Michele Downing added: “No doubt this is an exceptional home for the neighborhood. There are very large mature trees on this property including a large oak tree and two large deodar cedar trees. The house was built proportionately on the lot to accommodate all the trees.  There is a balanced blend of the new build and the trees. Additionally, once the new plants have grown to their potential it will only add to the ambiance of the front and rear grounds.

If you’ve been waiting for an epic modern home in South Pasadena on an epic street that exudes scale, openness and sophistication – this is it. 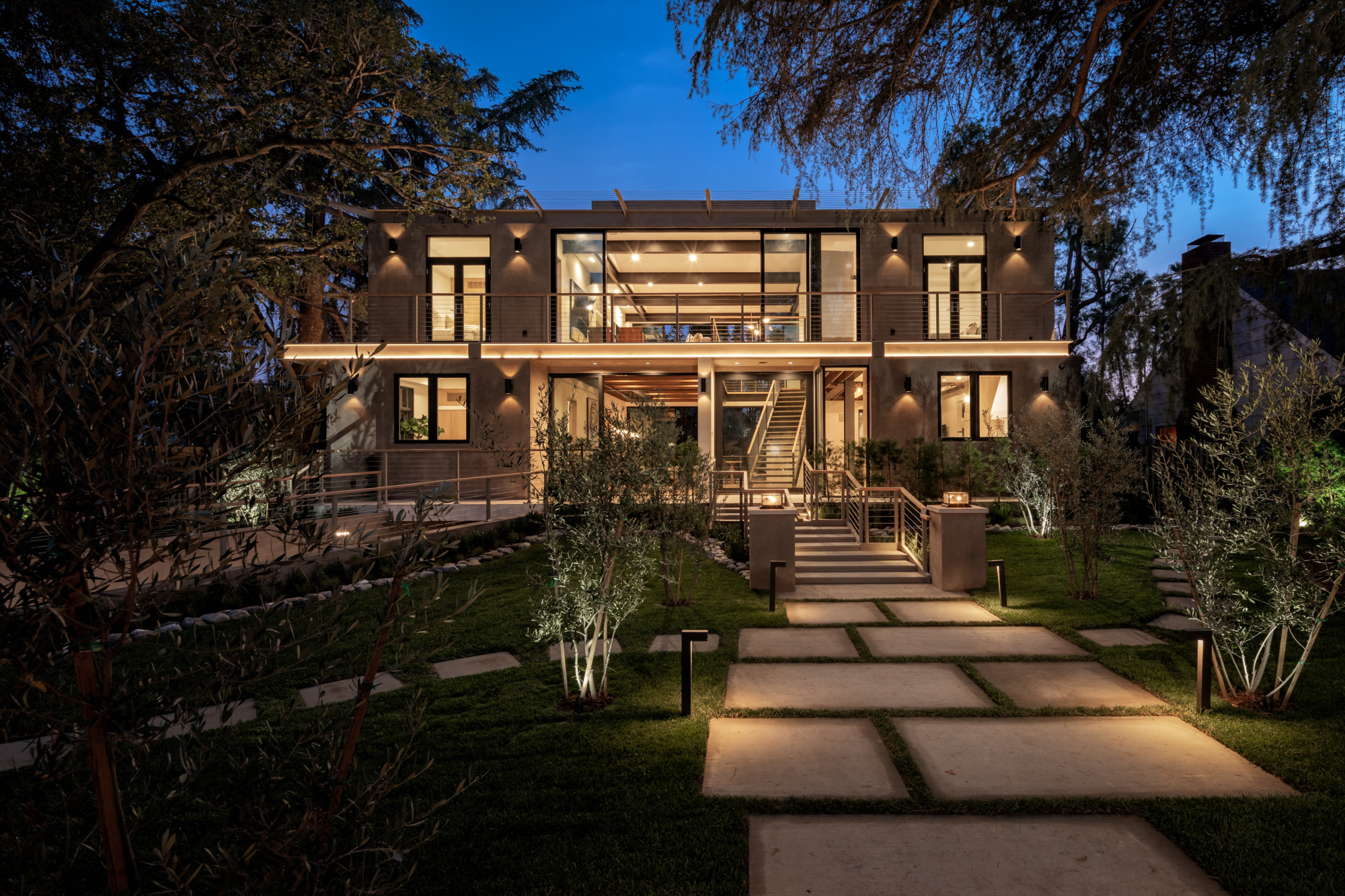