In response to a formal Public Records Act request, the Sheriff’s office said they are “not the proper entity through which you should seek the information,” deferring instead to the South Pasadena Police Department, “as they are the agency responsible for the retention of these records.”

The response appears to be a contradiction of the Sheriff Department’s previous representations. During an interview Aug. 29, Lt. Brandon Lee of the Sheriff’s Homicide Bureau told the South Pasadenan News that the Sheriff–which investigated the incident and turned over its report to the County District Attorney earlier this year–controls all the information. “We are the handling agency, so we control all the material,” he said.

Lee also confirmed that there is body camera footage of the incident and said the Sheriff has custody of the video recording. But he said any request for release of the material must be submitted pursuant to the Public Records Act.

But late on Friday, SPPD Watch Commander Sgt. Louie confirmed the city does have the police bodycam footage, but it’s the department’s policy not to release them until the DA releases her report.

On Aug. 30, the South Pasadenan News filed three separate PRA requests; one for the footage, one for a copy of the Sheriff’s completed report on the incident, and a third for a copy of SPPD’s incident report. The Sheriff’s Department apparently misplaced one of the requests and failed to provide the statutory ten-day notice of receipt of the requests. Lt. Alise Norman told the South Pasadenan News that’s because Sheriff’s Discovery Unit is overwhelmed with PRA requests.

Apparently, delays in Public Record Act requests are so routine at the Sheriff’s Department that the agency, in its boilerplate notifications of extensions, now includes a line stating, “We currently have a backlog on PRA requests due to an increase in the number of requests received and an unexpected shortage of personnel.”

While California agencies have statutory authority to extend provisional due dates for PRA responses, the law is clear that the delay can only be invoked if the requested records are located off site or due to the need to examine “voluminous” amounts of records.

According to John Pope, the public information officer for the City of South Pasadena, the Marquez incident report is perfunctory and brief, and the city does not intend to open its own investigation into the incident until after release of the still-pending County District Attorney report.

Others interested parties have experienced similar mixed signals. South Pasadena citizen Linda McDermott texted the Sheriff’s department Sept. 25 asking about release of the body cam footage. The Sheriff texted back, referring her to the city and writing, “if they wear body cams the respectful (sic) agency has the video footage.”

Adding to the confusion is the city’s position on the police report.

LA County Sheriff Lt. Lee, the handling officer of the investigation, said the South Pasadena Police report is a public document that the city could release. South Pasadena city spokesman John Pope previously confirmed the report is a public document but advised any request for it should be made formally and that it might be redacted. South Pasadenan News filed a request for the report Aug. 30. In response, the city said it “has determined that it does not possess records responsive to your request.”

The city says it has received four other PRA requests for material related to the Marquez shooting, including two from Vicki Sarmiento, attorney for Marquez’s mother. But Sarmiento said she has filed three requests. All have yielded no documents, she said.

Some of those requesting documents speculate that SPPD is seeking to protect the name or names of the officers involved in the shooting.

The names will ultimately come out when the District Attorney releases her report, regardless of her findings.  Virtually all of the officer involved shooting reports released by the D.A.’s office over the last few years name the officers involved.

“I have great respect for the police and the police department,” McDermott said, “but I believe in transparency. The public has a right to know.” 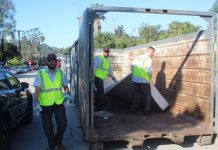 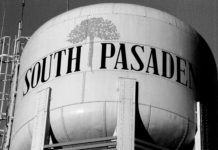 Letter to the Editor | ‘Time to Let Go of Anger’ 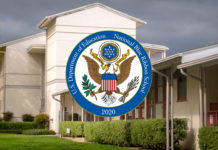 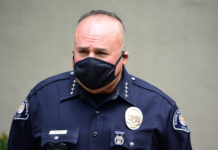 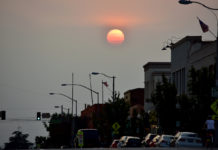 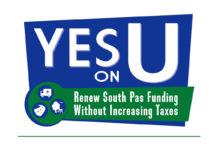 Letter to the Editor | ‘Letter of support for Measure U’ 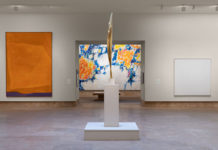 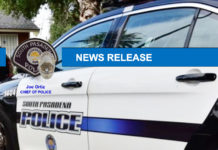 An Apology from Police Chief Ortiz | Explanation of a Mistake