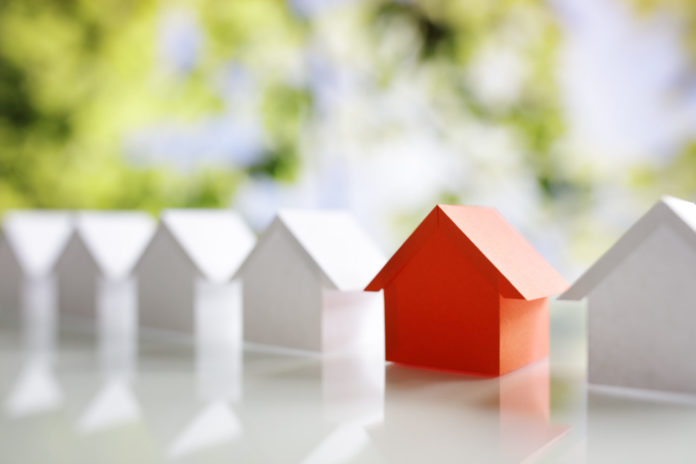 Both the Pasadena and South Pasadena City Councils in November quietly joined a movement of more than five dozen cities representing over a third of the 191 members and five of the six counties that make up the Southern California Association of Governments.

They are asking SCAG to explain to its members why it decided not to sue the state for requiring the region to zone for 1.34 million affordable housing units by 2029. SCAG has already determined the state miscalculated, and recent independent studies conclude it dramatically overestimated the need for affordable housing.

Specifically, the cities want SCAG President Rex Richardson to convene a closed meeting of the 86-member SCAG Regional Council, all of whom are elected officials, to discuss a recommendation against pursuing a legal challenge that was made Nov. 2 during a closed session of SCAG’s 6-member ad hoc Litigation Study Team.

The August 2019 “regional determination,” produced by the state’s Department of Housing and Community Development (HCD), struck many city and county officials as not only punitive but also wildly unrealistic, not least because it was over three times what the state mandated in the previous 8-year cycle of the statutory Regional Housing Needs Allocation. For example South Pasadena, a 3.42 square-mile city with a bit over 11,000 housing units, would be required to plan for 2,000 more.

The cities point especially to a Housing Supply Shortage study done by Freddie Mac that said California has a housing shortage of only 820,000 units, and the Embarcadero Institute’s Do the Math report that concluded HCD “inadvertently” overestimated the state’s actual housing need by more than half because it used the wrong vacancy rate and double-counted two of the factors used to report totals.

Alicia Murillo, HCD Communications Analyst, said the agency “is confident in our approach, both from a legal and methodological perspective. The large increase in RHNA seen by some regions more accurately captures the housing need than in prior cycles, and while this group thinks the numbers are too high, other groups have raised concerns that this methodology is still too conservative.”

SCAG itself initially projected the regional need to be under a half million. In 2019, shortly after HCD released the regional determination, SCAG filed an administrative objection arguing the agency used the wrong forecast and broke the law by misapplying the statutory methodology. But HCD rejected both arguments. SCAG considered a lawsuit then but decided against it.

In a September 18, 2020 joint letter, 34 Orange County Mayors asked Richardson to reconvene the Litigation Study Team to look at the question anew.

The panel met November 2. Days later, Richardson reported a majority of the Team did not favor litigation “at this time.” He said he couldn’t disclose what was said but noted there was nothing to prevent individual cities or groups of cities from taking their own legal action.

“All SCAG members should be privy to the same information the study team had,” Yorba Linda Mayor Peggy Huang told the South Pasadenan News. Huang was one of the few people present for Litigation Team’s meeting. She said, “it’s such an important decision to make, the entire Regional Council should get to hear it.”

Mission Viejo City Attorney Bill Curley agreed, telling the South Pasadenan the matter is “too big a state issue, with too much money involved, too much angst in changing communities and rezoning not to take seriously.”

South Pasadena Mayor Diana Mahmud said citizens’ objections to the city’s RHNA requirement is “part and parcel of our effort to maintain local control, to our ability to determine what is best for our city, and unfortunately the legislature has run roughshod.” There is a need for additional housing she said, but housing runs in cycles and while baby boomers created much housing demand, “their numbers are greater than the generation that will follow them.”

After Richardson reported on the Litigation Team’s meeting, two Orange County city council members—Trevor O’Neil of Anaheim and Wendy Bucknum of Mission Viejo — asked Richardson to schedule a closed meeting of the larger Regional Council so members could learn more about the Team’s recommendation.

Richardson said he was willing, but complained requests were only coming in from the “same two regions” as before. He would consider the request, but only if he heard from a “cross section” of SCAG members beyond the “faction” of Orange County mayors who’d been pushing it.

That’s when officials in Mission Viejo organized a letter writing campaign. By December 9, letters representing 66 of SCAG’s 191 members were delivered, including from 29 cities in Los Angeles County and one each from San Bernardino, Riverside, and Imperial Counties.

To explain the cities’ reasoning, Mission Viejo’s Curley said that for the current RHNA cycle, the legislature ordered changes to the underlying methodology and statistical approach HCD uses to calculate the regional determination. He told the South Pasadenan he believes the calculation was made in good faith, “but they did something that misconstrues or misapplies the law which has generated these extraordinary numbers.”

HCD unintentionally double counted two of the component figures it uses to determine the state housing need — a number which figured prominently in Gov. Newsom’s reelection campaign. “So, what those of us who are aggrieved are saying is: we are not NIMBYS, we’re not opposing the need for housing,” but due to the magnitude of the impact, the state should be asked to address the alleged errors.

“Our argument to SCAG is, ‘you got bamboozled and you need to step up and push back on the state.” The cities want SCAG to “look at this seriously and soberly,” he added. “We’re not demanding they sue, only that they owe us the respect, in the face of all this sound evidence,” to take another look.

If the state can justify the numbers, “we’re fine. We’re not going to hold our breathe and stamp our feet. Just show us your math is right. Right now, the math is suspect and all you are is doing is dodging explaining it. That makes us suspicious (and) falls short of good governance.” He said HCD will talk to SCAG but not to cities.

But he understands why the state may be hesitant. “If HCD has to admit they botched it, that means they start over for the whole state. The fix would be ugly.”

Gabrielle Layton, President of the Embarcadero Institute and author of its report, reached a similar conclusion. Layton, who said she completed the report without any dedicated funding, told the South Pasadenan that after it was published, she got no response from the HCD and State Department of Finance housing specialists with whom she’d consulted on its preparation. “I suspect this has become so politicized it would be difficult for them to comment.”

Orange County’s resistance to the RHNA numbers is generally discounted by pro-housing groups and some SCAG members who regard the county’s cities as rich, white, conservative, and traditionally more wary of rezones that increase density, reduce areas for single-family housing and where demolition and new construction could affect local and historic character in meaningful ways.

But the County has a bone to pick. A year ago, in a controversial move driven by the mayors of Los Angeles and Riverside, a last-minute amendment was made to the method SCAG staff spent months crafting to determine the exact number of RHNA housing units each SCAG member must plan for, shifting a considerable amount of the burden toward the coast. The intent was to build more units closer to major job centers and reduce the greenhouse gas emissions produced by long commuting times.

“Long commutes and more pollution [are] failing our children,” Los Angeles Mayor Eric Garcetti told the Regional Council at the time. The amendments were adopted even though SCAG Executive Director Kome Ajise said staff had not had time to put the amendments “through the same level of rigor” that its own recommendation went through.

The amendments pushed Orange County’s allocations even higher. But they had the same effect on coastal cities in LA County. The 18-member South Bay Cities Council of Governments, which includes a member of the Los Angeles City Council, voted unanimously Nov. 19 to support holding the closed Regional Council meeting.

Richardson punted on the matter again in December but is set to announce a decision on how he will proceed at the Regional Council’s Jan. 6 public meeting. Advocates say it will be difficult for him to reject such a simple request by a third of his members. But he has cautioned members against bringing a lawsuit over housing “in this state, in this moment.”

In addition to the wrath of Garcetti, he must be cognizant of the Governor’s reaction. Newsom has come down hard on cities like Huntington Beach who have resisted RHNA mandates and has promised to continue doing so. The legislature recently approved new penalties for non-compliant cities. In addition, SCAG’s membership — which prides itself on operating collaboratively — is divided over where new housing should go, with some cities more willing to accept the challenge of huge housing mandates.

Meantime, the on-the-ground political, logistical, and financial challenges of creating RHNA-compliant Housing Elements for their General Plan updates — another part of the mandatory RHNA statute — has increased the frustration level in many cities.

For example, in built-out cities like South Pasadena, there is little room for new housing, insufficient infrastructure to accommodate an 18.5 percent increase in new units and controversy over the building height and density-related ordinances that may be needed to achieve the city’s 2,062-unit RHNA quota. In addition, the RHNA allocation could put pressure on the city’s prized historic buildings and has increased the cost and further delayed completion of its long-overdue General Plan.

Meantime SCAG, which last year spent $1.26 million — a third of its general fund budget —just to administer its statutory RHNA obligations, has undertaken the final part of that process. Although HCD set the 1.34 million regional figure, it is SCAG that must finalize the exact number of units for which each of its 191 members are required to plan.

The last phase of that process is set to get under way Jan. 6, as SCAG’s RHNA Subcommittee presides over a month of administrative appeals from the one-fourth of SCAG members that feel their housing allocations are too high. But the process amounts to a battle for scraps, as any units reduced from one member’s requirement will simply be re-assigned to another; the bases for appeal are strictly regulated; and HCD has already filed a global response setting the stage for SCAG to deny the appeals.

The appeals filed by South Pasadena, Pasadena and other San Gabriel Valley cities will be heard Jan. 11. South Pasadena will be represented by Joanna Hankamer, city Planning and Community Development Director, and by Janet Braun, Chair of the Planning Commission and RHNA Ad Hoc Committee member.

If the Regional Council does consider the litigation matter and decides to sue, the next issue will be legal strategy. There is relatively little case law on point for challenging HCD over the RHNA statute, which might be a plus for the cities. But HCD may argue it is too late to file a challenge — an argument the agency previewed in its global response to the RHNA administrative appeals, though notably, HCD did not deny its regional determination figure was too high. Attorneys may also opt for a state Constitutional argument that HCD acted improperly.