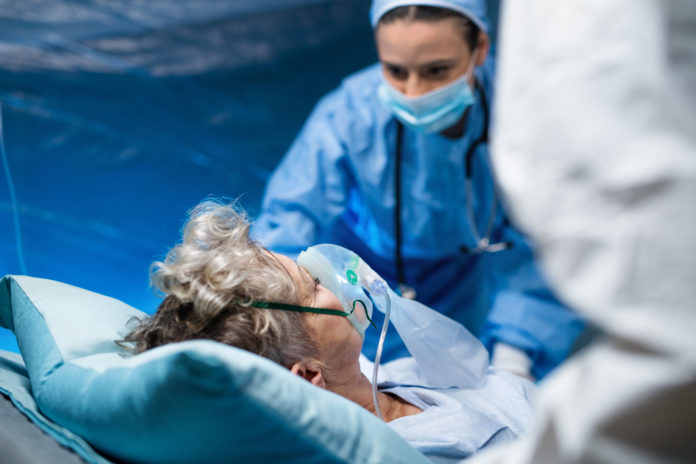 Over 1,000 South Pasadenans have been infected with the novel coronavirus. The data mean that by week’s end, one in every 25 people in this city will have been stricken. The Los Angeles County Department of Public Health confirmed the milestone in a report Jan. 12. Meantime the city’s first responders and vulnerable staff and residents at the South Pasadena Care Center (SPCC), the city’s skilled nursing center, have begun receiving vaccinations.

On Wednesday, the County reported another 15 new cases of COVID-19 in South Pasadena— the 25th time it has reported a daily total in the double-digits, all of them coming since December 7.

That means while it took seven months to identify the first 500 infections, the second 500 came in less in less than a month. Over 330 cases were reported in town during December alone. Since December 1, the documented infection rate — the number of cases per 100,000 people — rose 150 percent to 3,907 from 1,555.

The recent surge of new infections includes 17 new cases at the SPCC, including 10 staff members and 7 residents, according to South Pasadena Fire Chief Paul Riddle. Citing County data, he said since the start of the pandemic, SPCC has seen a total of 142 cases, consisting of 90 residents and 52 staff members.

That means approximately 876 of city’s total cases of Covid-19 are outside SPCC, he noted.

South Pasadena deaths attributed to COVID-19, which plateaued at 26 early last Fall, began to rise again in December, and now stand at 31. A total of 16 of the deaths were at SPCC. Since December 1, the city’s Covid death rate has climbed 20 percent.

Also due to the surge in infections, Riddle confirmed this week, it is not uncommon for ambulances arriving at Huntington Hospital “to have to wait up to 30 minutes or an hour before a bed is available. The number of patients has decreased slightly this week and the hope is that we have flattened the curve on this latest surge.”

A spokesperson at SPCC said both residents and personnel there have received their first dose of the vaccine, though a few refused administration.