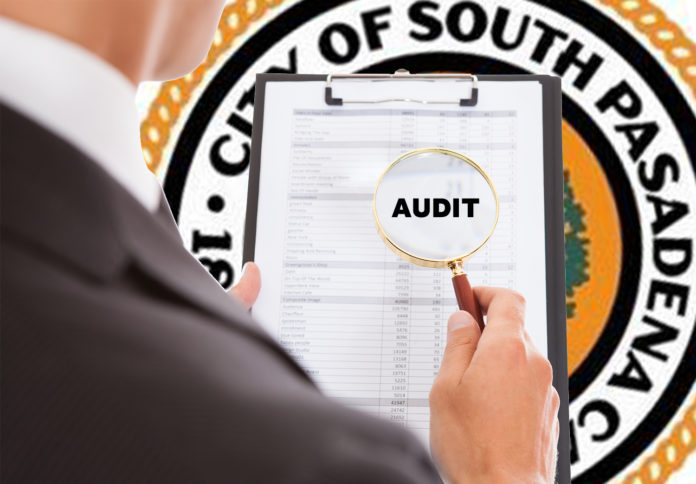 Citizens of South Pasadena will have about a month to pore over the city’s much delayed 2018-19 financial audit before voting on whether to make permanent the 7.5 percent Utility Users Tax (UUT), City Council members learned Wednesday.

The final draft of the controversial audit and comprehensive annual financial report (CAFR) will be “issued and ready to go” within 30 days, said Brianna Schultz, CPA CGMA, a manager at the city’s accounting firm Rogers, Anderson, Malody & Scott (RAMS).

But the report will go first to Finance Department staff, who will prepare a report for presentation to the Finance Commission at a yet-to-be published date in September, but in time for final review and approval by the City Council at its Oct. 7 meeting, said Finance Director Karen Aceves.

The presentation was demanded by Councilmember Michael Cacciotti to explain why the audit is overdue. Aspects of the city’s audit, budget and financial practices have been the target of critical reports by former finance director Josh Betta and citizens Stephen and Sheila Rossi, which have in turn generated considerable mistrust of the city, weakened support for the UUT and become enmeshed in the fake email controversy that led to this week’s resignation of Councilmember Marina Khubesrian.

Schultz said the audit was delayed initially because the audit for the prior fiscal year of 2017-18 was also late. By then RAMS had already booked its staff time with other clients, further delaying the start of its field work at the city.

In addition, there was a lot of staff turnover at the city, “which was not helpful,” Schultz said. Field work at the city did not begin until last January but was soon disrupted by the Covid-19 shutdown in March. Aceves’ department worked diligently, Schultz said, but “this dragged on farther than it ever needed to and it’s no one’s fault in particular.” Having to work remotely set back the timing for South Pasadena just as it did for many of RAMS’ other clients, she added.

The city had another firm helping to close the 2017-18 books, Schultz also said, though she was unclear on the timing, even though RAMS was the city’s auditor that year. Schultz said Pat Shea, the RAMS engagement partner, was also on the line, but he did not speak during the presentation.

Aceves said the other firm had been engaged last year “to do the entire audit and closing,” but was gone by the time reconciliation work began on the 2018-19 audit.

Cacciotti wanted to know why the 2017-18 audit had been so late. Schultz said that was before she was assigned and did not have an answer, though she believed it was also due to staff turnover at the city where “field work was slow.” She referred specifically to Craig Koehler, the former finance director who was brought on by City Manager Stephanie DeWolfe in August 2018 but who left the city in in July 2019, when the audit was being closed.

Councilmember Diana Mahmud wanted to know if the audit would address “the lack of reconciliation in some of the balances of some accounts” pointed out in the Betta report. Schultz said she’s already discussed these matters with Aceves, and a draft memo about them is set to be forwarded to Aceves next week for her review and comment.

Councilmember Richard Schneider wanted to know if the audit would include any recommendations or deficiencies “of note” that would not be reported to the Council or city manager — a reference to the city’s assertion that the late former finance director David Batt withheld significant audit findings from city council and management.

Schultz said no, but that finance staff would be the first to see and respond to any material issues RAMS presents. The final public report will have all such items, she assured, adding it is possible RAMS will prepare for finance staff a separate management letter with “very insignificant, little things” that need fixing, but that she was not aware of any to date.

But will there be “a lot of deficiencies we should be concerned about or not,” Schneider persisted, such as whether there are large discrepancies in reserve levels, an issue raised in the Betta report.

“Nothing like that,” Schultz answered. If anything, it would more procedural issues such as year-end closing practices and IT controls — “things to better streamline the processes of the finance department.”

Aceves said in July she was already aware that the audit will have at least two “findings.”

Betta, when asked for his reaction to the RAMS presentation said Schultz “made it clear that its discussion of ‘material weaknesses’ and ‘significant deficiencies’ will be delicate and embarrassing.” He also said it was notable that the presentation did not include mention of the extensive “clean up” effort the city has said it is undertaking to repair up to ten years of “inappropriate accounting practices” it disclosed for the first time this past June in response to the Betta report.

Some of the problems with the Finance Department were documented in the 2018 Citygate Report that the city also released for the first time in June. It is also worth noting the city has not yet released the forensic Claro Group report, which the city in June said would be released “in a few weeks,” and which was commissioned in connection with the Citygate Report and consists of spreadsheets and other financial data.

Mahmud said it was of the utmost importance that the RAMS report “respond to some of the more significant issues that have been raised regarding prior financial issues. It is an absolute must for us to restore the trust of our residents in the Finance Department.” Even if the audit and CAFR must be pushed back a week or two, “it is far more important that whatever you produce be absolutely accurate rather than something that would be produced in a rush to meet a schedule.”