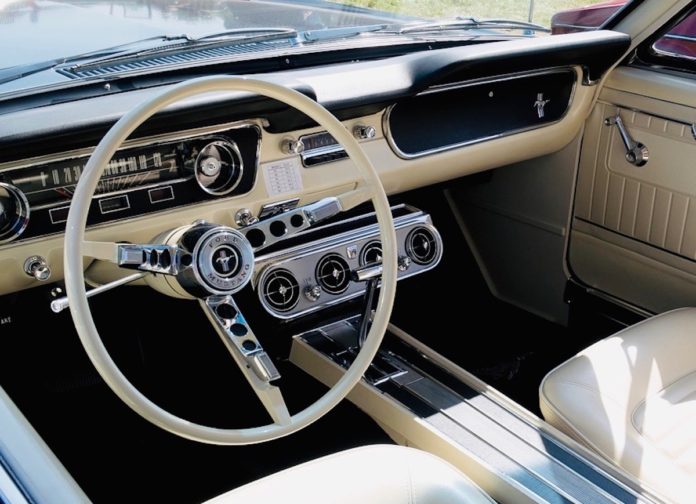 In the song “Yesterday” by the Beatles substitute love with the word life.

Yesterday, life was such an easy game to play
Now I need a place to hide away
Oh, I believe in yesterday

Like all ridiculous love songs, the love and life we remember are far from perfect. They are brilliantly incredible, and at times, incredibly flawed.

Okay, let’s move beyond the sappy love and idyllic life of yesterday, and flashback to an incident that happened in my youth: The night my high school friend came by with his parents’ Monte Carlo and a six-pack of Coors.

Allen just got his driver’s license and was eager to show off. He took me to a construction site at the end of a cul-de-sac, where he turned off the engine and headlights. The Monte Carlo stealthily rolled up to a parked car with the top down. Then, at point-blank range, Big Al blasted our buddy’s pale-blue Ford Mustang with his high beams, revealing a scene forever etched in my memory. Aside from the utter panic of our exposed classmates, it was much better than the film we had to watch in sex education class. In those three to five seconds, I witnessed naked humanity in full view. I had never seen or experienced anything like that: the sitting-while-facing-each-other “saddle position.” The boney-white steering wheel and bucket seat bracketed their bouncy body parts perfectly. And for the longest time, I believed that was the proper way to have sex.

Big Al burst with laughter at his prank.

Okay, that’s a long way of introducing what happened next: when Allen threw his parent’s Monte Carlo into reverse, I was not prepared. My beer and wrist and head slammed into the dash. A couple of blocks away, I threw up all over the interior.

I had a mild concussion, and because I was only wearing a lap belt (before the shoulder harness became standard safety equipment), my recovery from whiplash was rather unpleasant.

Still, I fondly look back at that time. Most of my experiences during the 1970s were the stuff hipsters drool over today.

A few months ago, education, travel, entertainment, sports, music, and the arts were thriving like no other time in human history. Then, the stay-at-home orders were issued. For the first couple of weeks, people seemed to draw closer together. Time stood still for weeks, and then, our lives went into reverse.

The whiplash of prolonged confinement arrived. Right about NOW!

Today, the unimaginable hardship is real for most of us. The severity of the pandemic – individually – depends on one’s industry, finances, mental health, employment status, or personal closeness to the coronavirus victims.

My family took a hit like nearly everyone else. Three weeks ago, my eldest daughter lost her job at a San Francisco interior design firm. Over 33 million unemployment claims were filed since the pandemic arrived on America’s shores.

My other daughter is a senior at USC’s Thornton School of Music. Her senior recital was canceled, and her 2020 graduating class did not walk. The campus is closed. She attended her final semester of classes on a laptop in her bedroom. The 2020 “virtual festivities” consisted of a series of pre-reordered USC alumni offering a few words of encouragement.

But, at the moment, my family members are all alive and healthy while many families are mourning the loss of loved ones – 345,000 deaths globally (over 100,000 in the United States). Their lives are far more precious than a suspended European vacation, or postponement of sports, or even the loss of employment during a pandemic.

Words fail to honor their memory.

Now, let’s return to yesterday. This time, we’ll go back to 100 years of yesterdays.

Flashback – A Century Ago

The global population lived predominantly in poverty during the first half of the twentieth century. Compared to today, the quality of life was dismal and often disturbing.

In 1900, the three leading causes of death were infectious diseases, pneumonia, tuberculosis, and gastrointestinal infections – 30% of all deaths occurred among children aged less than five years.

The United States played a pivotal role in ending World War II. Our country also caused large-scale human suffering. During a single day of firebombing Tokyo, the U.S. air raid killed 90,000-100,000 civilian Japanese and left one million homeless. American B-29 bombers leveled two cities in Japan with atomic bombs, immediately killing over 100,000 civilians. In our country, 120,000 U.S. citizens of Japanese ancestry were incarcerated for four years in armed concentration camps, many of them losing their homes and businesses.

Today, the standard of living for most Americans is infinitely better than it was a century ago.

We live during a time of relative world peace with numerous technological amenities at our fingertips. We also benefit from a variety of government programs that address basic human needs. The government isn’t rounding up our citizens and sending them to internment camps, and no foreign enemy is firebombing our neighborhoods. During the pandemic, all we must do is wear a mask and stand six-feet apart to assure the health and safety of all Americans.

But not everyone is doing their part.

Perhaps we’re spitting in the face of human history – a little too eager to recapture the lifestyle we cherish. As a result, many of us lack the patience to weather the storm of the 2020 pandemic. We are choosing sides – changing sides – in the fight to eradicate the coronavirus. The far-reaching implications of this are uncertain. It will likely reshape the political landscape and may even diminish our influence in the geopolitical arena forever.

America will only be recognized as a civilization for the ages if it maintains the dogged discipline and collective fortitude of its people. Darn hard to do when our lives have been so damn good – for so long. I wonder, do we still have the mental toughness to save the most vulnerable among us?