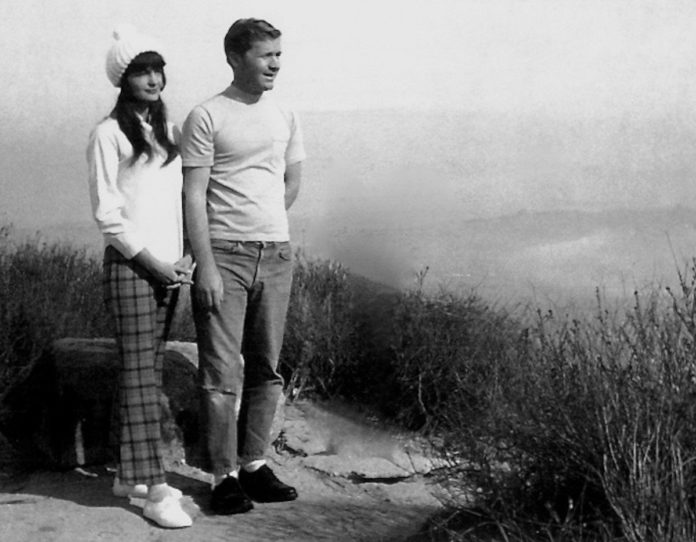 My mother’s birthday is Monday. She suffers from the advance stages of emphysema. Sometimes she reminds me of a goldfish, mouth opening wide, trying to breathe air as dense as water. Since March, she lives in a fishbowl-like quarantine at home. If she inhales the tiniest droplet of COVID-19, the pandemic will take her life as it has so many others.

Mom faces her medical condition with grace and a smile. Like The Beatles’ song “Let It Be,” my mother Mary speaks to me during times of trouble. She always has.

Mary is kind. She is giving and loving to everyone she meets. My mother is always upbeat (sometimes laughing a little while talking). She’s 77 years old, and strangers still come up to her, saying she’s gorgeous. Something about “her look.” She ages well.

Talking, though – OMG – she loves to hear herself think out loud. Mom wears her heart on her sleeve, filtering nothing that leaves her lively thin lips.

My parents collect antique music machines and player pianos. Large, rare, and sometimes odd items from the past. Vintage stuff. They built a collection hall on their Mad Dog Ranch to house all the crazy shit in their vast collections. Mom was asked recently during an on-camera interview, “What is your favorite thing to collect?” She replied, “rocks.”

When Mary was a little girl, her father informed the family he planned to leave them (4-year-old Mary, 6-year-old David, and his wife, Willa). Her mother sped off in the family automobile. She veered from the road, plunging off a cliff in Palos Verdes. The horrific accident – believed to be a suicide attempt – left my grandmother paralyzed from the waist down for the last 23 years of her life. My mother grew up catering to her mother’s whims. Particularly troublesome was dealing with ceaseless suspicions that her father was cheating on her while she was bedridden and wheelchair bound.

As the interview continues, my mother reveals why she likes to collect rocks, “As a child, my mom was an invalid, and we’d go to the desert. We’d just kind of set her up in the cabin and I started hiking all by myself. I loved it because it was my adventure.” Then she explains why she likes rocks so much. “I think because they’re so substantial, they’re very grounded. Very big and they’re forever. I like that. So since the time I was a little kid, that’s what I’d do.”

Whenever I see an interesting rock, I’ll pick it up and think of her.

Mother Mary is my rock. She is down-to-earth. Solid. Always there. Caring and loving. Yes, she talks A LOT, and sometimes, I listen. All this I would never know about this lovely sweet woman, my mother, had it not been for a decision she made over a half-century ago.

My mother was 15. My father was 19. Dr. John Meschuck, the family doctor, informed his young patient Mary Elizabeth that he will perform the abortion discretely and safely in his office. He even offered to make the appointment for her.

Abortions were illegal in 1958. In California, they were only legal in cases involving danger to a woman’s health, rape, incest, or a likely damaged fetus. Mary was a freshman in high school. She could easily make the claim she was raped by having sex with a much older young man. Statutory rape laws in the 1950s were no joke. In California, the crime was punishable by six months in prison and a $500 fine. In most states, the consequences were more severe, typically carrying a two-year prison term.

My parents lived in a small city that stretched alongside the Los Angeles International Airport (LAX) and the Pacific Ocean. The close-knit coastal community of El Segundo is a Standard Oil town – the refinery on its southern border. My great grandfather Elmer strapped his lunch pail to his bicycle rack and peddled off to work at the local oil refinery nearly his entire adult life. Churches, schools, corner markets, post office, park with a bandstand, small theater, and bowling alley were popular community gathering places. Everyone knew everyone’s business. So when Mary crawled out of her bedroom window at night to hang out with the dope-smoking hot-rodders at the Imperial Bowl, her reputation was immediately suspect. And matters could get a whole lot worse. During the 1950s, becoming pregnant at age 15 was like wearing a scarlet letter in a small conservative city. The simplest remedy would be to have an abortion (no one would ever know), and Mary could remain in school. Instead, the young woman, barely 90 pounds, stubbornly wanted the child (me).

In front of a judge, the Thomas and Armour families gave their legal consent. The young couple married, averting a scandal and sparing my unborn life.

My mother dropped out of school, never to see her girlfriends again. She left home with her artist’s brush and the clothes on her back to raise a family. My father dumped his hot-rod buddies (one of them doing hard time in prison) and got busy providing for his family.

My parents, grandparents, great grandparents, aunt and uncle, and cousins were all present and accounted for at family gatherings at the home my great grandfather built. And because my parents were so young and everyone stayed married, it felt like no one ever died in my family.

Marriages on my father’s side have survived to reach their 50th Golden Wedding Anniversary for five generations giving me vivid memories of first-hand stories dating back to the late 19th century.

My great grandmother Juanita shared with me her adventures with San Diego’s famous Bum the Dog. I have the original studio picture taken in 1894 of Bum, Juanita, and her sister Helen that is frequently published in the San Diego history books. She held nothing back, not even the story of how my grandmother was conceived on their honeymoon at the Ye Ole Tavern in our local San Gabriel Mountains. Until recently, one of her stories seemed almost unbelievable. After the Spanish Flu pandemic ended; if anyone in her family came down with flu-like symptoms, the entire family was required to quarantine at home for a week.

About the time I left for college, my mother went back to take the GED test and received her high school diploma. My father began his work life digging ditches, then slowly built a career – diesel mechanic, high school teacher, college professor, business manager, corporate executive, and finally, the boardroom of a Fortune 500 company. My parents grew up while raising a family – making for some rather interesting stories (I’ll save for another day). They recently celebrated their 63rd wedding anniversary.

My mother, to this day, is against abortion. It is probably self-serving for me to agree with her decision. Whether or not to carry a child to term is a personal choice. I have two daughters, and they alone have the right to choose. But I am fortunate the decision to abort me was made by a 15-year-old girl named Mary – for no other reason – I can write about her gift of gab, love of family, and rocks.