No reminders are needed for Jeff Chi, who is well aware of the last time South Pasadena High came out on top in a varsity football game against rival San Marino.

“I know, I know, it has been awhile,” said Chi, the Tigers’ coach, who hopes the two weeks his club has to prepare for the rivalry game this time around will be good enough to end the long wait between victories.

To find a South Pasadena win, you have to go all the way back to 2010 when the game was played in San Marino. The Tigers return to the same field on April 2 for this year’s contest as part of a COVID-19 four-game shortened season.

“I hear they have a pretty good team again this year,” said Chi of his rival three miles to the east. “Just like every year, they have good balance. It’s going to come down to a battle in the trenches, making sure our offensive game plan is sound and there are no breakdowns on defense. We just have to execute well on both sides of the ball. That’s what it really comes down to if we have a chance of beating those guys.”

The Tigers, coming off a 36-30 victory in their opener at La Cañada last week, will use the time leading up to the contest to put themselves in the best position to come out on top. “We don’t have a lot of film on San Marino,” Chi said. “Normally, we would have five or six game films by now, but this year we haven’t gotten any. So, we’re basing it on what we saw last time we played them, and what other teams have said about them.”

The idea of preparing a team for a springtime football game is “just plain weird,” admitted Chi, but once the light’s went on for last Friday’s matchup against the Spartans he said it felt like a football season again. “It was good to be out there.”

It took an 82-yard scoring pass from Tigers’ junior quarterback Noah Aragon to sophomore Richard Conti near the finish for South Pasadena to secure it. Conti ran a hook pattern, made the defender miss and sprinted down the left side with his only catch of the night. It proved to be a big one as the South Pasadena sideline erupted with excitement.

“It was crazy,” said Chi, after watching the deciding catch and solid performance by Aragon, who completed 19 of 34 for 298 yards and rushed for three scores of 1, 2, and 4 yards to go along with the long TD pass.

The Tigers’ senior wide receiver Terrence Sweetman pulled in 10 catches on the night for 139 yards. Cole Sterling, the Tigers’ fullback, hauled in a two-point PAT to spark the offense. South Pasadena’s defense picked off three La Cañada passes, including one by Conti, playing corner, who ran it in for a touchdown from 16 yards out.

“It was an exciting game for the fans but a little nerve-wracking for us, but we came out with the win,” said Chi.

The Tigers knew going into the game they would be facing a highly-regarded quarterback in Ivan Ostry, a transfer from Rosemead High who was making his debut for the Spartans. In 2019, prior to COVID-19, he had rushed for more 2,000 yards over the course of the season for Rosemead.

“He gave our defense a hard time,” said Chi, talking about La Cañada’s biggest offensive threat who showcased his talents in front of a small crowd in the coronavirus environment in which a limited number of fans were permitted.

Ostry threw for 92 yards,, including a 22-yard touchdown pass to Dezin Delgatty, but created most of his dazzling highlight reel with his scrambling ability as he picked up a whopping 218 yards on the ground, including three scores of 1, 5 and 21 yards. He also converted a pair of two point conversions, bolting over for one and hitting receiver Cole Stratton for the other.

Chi and his coaches watched Ostry on tape from his days at Rosemead and knew going in the Spartans had a special player.

“He would run from left to right, all over the place, and was tough for us to bring down,” said Chi, of the 6-1, 170-pound signal caller.  “He was a very elusive quarterback, who runs and throws the ball well. He was the kid we were kind of worried about coming into the game. He broke loose a few times, but for the most part I think our defense did a pretty good job of containing him and stopping him.”

Together as a unit for just under a month, Chi didn’t know how his young team would gel, “but throughout the game, in which the score was going back and forth, back and forth, our guys never lost faith in each other, they kept fighting, and playing hard until the very end. So, that showed a lot of character of what they are made of.”

Following the Tigers’ road trip to San Marino for the 7 p.m. kickoff, South Pasadena is home April 9 against Monrovia and potentially for a final game against Temple City, April 16, if the Rams can field enough players.

For now, however, the Tigers are gearing up for a team in San Marino they haven’t beaten in 11 years.

“You don’t have to remind me, I know,” said Chi laughing. “I know, I know. We just want to beat San Marino. Hopefully that will give us a little momentum. Monrovia is always a big challenge, so we have two really tough games coming up, and hopefully we can play that final one against Temple City. We want to take them one at a time and see the kids improve each week and enjoy the experience of playing football.” 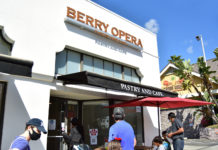 Berry Opera | Dedicated to the Art of French Pastries 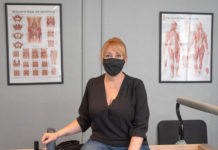 New Beginnings Physical Therapy | Second Chances for Those Who Need It 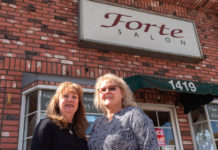 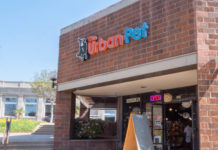 The Urban Pet | More than a Pet Store 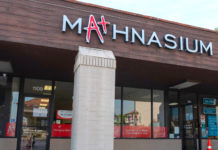 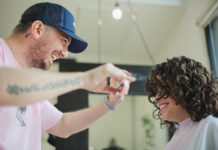