At the opening of Tuesday evening’s school board meeting, the SPEF board, led by President Scott Moe, presented the school district with a check for a whopping $845,102. It was certainly among the highest amounts ever raised by SPEF in its history. Presenting the check, Moe said “as one of the last acts of the school year, we would like to present this check, our gift to the district in the amount of $845, 102,” eliciting a round of enthusiastic applause as one would imagine. He went on to thank the school board, Dr Yantz and the administration and SPEF’s staff, going on to say, “I’ve been super lucky to have such an amazing board and we couldn’t do what we do without the people and businesses of South Pasadena. And at this time I would like to issue a challenge to my successor, Megan Dostal, to beat this number for next year.” To which Dostal replied, “bigger!”

Julie Guilioni was the first to congratulate SPEF on another amazing year saying, “it is stunning to me how that number just gets bigger and bigger and it’s because the talents and the energy that you all bring just expands year after year. Thank you, Scott, for your leadership and each one of you for the talents and energy you brought to this effort.”

“SPEF is absolutely unique” said Jon Primuth, “when I talk to other districts, they either have small staff and big donors and one time events or very small, annual gifts. SPEF raises a lot of money doing ten different types of events; every month you’re doing major things. It really is a jewel in our community.”

Suzie Abajian said, “we just can’t have the types of programs we have without SPEF, so I really appreciate all of your effort. Thank you so much!”

School Board President Elizabeth Eilers expressed her gratitude saying, “when I see that number, it’s very moving because I imagine the hours and hours and the number of people that are behind that number. It’s mind blowing, the dedication behind the scenes…Parti Gras alone! And of course what it means and what it provides for students.”

Scott Moe concluded by saying, “I know I speak for everyone when I say we are a very special community and I know there are communities who couldn’t have an organization like this because they wouldn’t have the support of their school board, of their administration to do the work we do, so thank you for everything that you do.”

After the meeting Moe explained that SPEF is an extension of the community made up of parents who all have kids in the schools. He said, “we could not do what we do without the support of the businesses, the people, the families, and some of the major donors that we’ve had every year. As much as the SPEF board works extremely hard and our office is just fantastic, it’s more of a community effort than anyone would ever give credence to and I think we always need to remember that.” 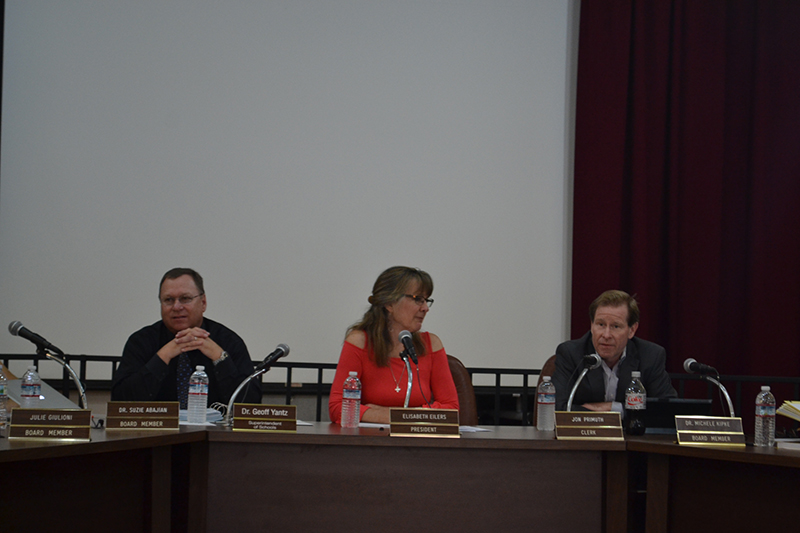 Incoming SPEF President, Megan Dostal, says, “I am thrilled to follow in Scott’s footsteps. I look forward to the year ahead and I know in this community I will have the support that I need.”

Everyone in South Pas is familiar with the SPEF thermometer goal sign that we watch go up and up through the school year until it reaches $600,000, which Moe says is the goal that is a straight donation to the district. In addition to that, they raise money which is donated as designated funds for large grants to the district as well as teacher directed grants of $2500 given to teachers for a specific project that wouldn’t otherwise be funded. Some of the SPEF funded programs have included the robotics program, the standing desks, project Lead The Way, the Train the Brain program, just to name a few.

Moe will continue on the board and they all are looking forward to another stellar year for South Pasadena students. We are indeed very lucky to have SPEF to support our schools, our teachers and most of all our students. A grateful community thanks you. 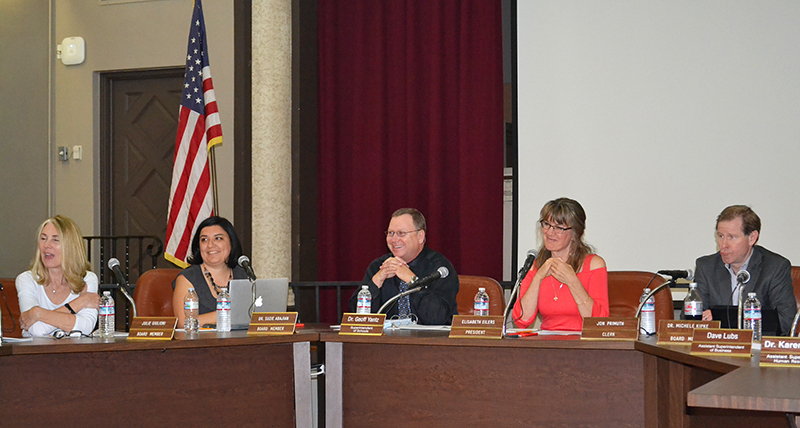