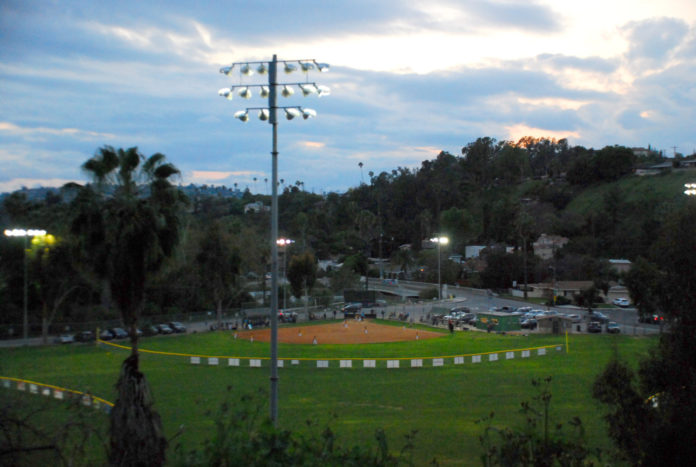 Deep in its archives, the record will show that South Pasadena, a city already long on history, proudly represents the oldest Little League program in California.

Originating with boys and later expanding to include girls, the league was founded by Carl E. Stolz, an oil company clerk, along with his brothers Bert and George Bebble. It began with three teams in Williamsport, Pennsylvania back in 1939 and was formally incorporated on October 10, 1950.

Word quickly spread about the upstart league as Stolz’s idea caught on and found its way across the United States, all 48 states at the time. Today, Little League Baseball and Softball consists of some two million boys and girls in the country and more than 80 other countries on six continents. Keeping to a long tradition, the top teams continue to decide the best of the best at the Little League World Series in Williamsport every summer.

“It’s really nice to hear from Little League how it was started,” said Alberto Ocon, the president of the South Pasadena Little League, talking about city’s fortunes to become the first in the state. “I hear that Carl drove to California in 1951 to visit his buddy, Tim Heaton, who lived in South Pasadena.  They visited and in 1952 South Pasadena National, what they called it back then, started.”

Ocon says longtime Little League administrator Milan Mrakich, who oversees District 18, which South Pasadena is a member, has information about the original families who launched the local program.

“They live in Tahoe now,” explained Ocon, “and the son or the grandson I’m told has a box full of memorabilia from the first day” of Little League action in town. “I think they are sending that over to Little League National in Williamsport. I’m trying to get as much history of it as I can. A lot of it is word of mouth. It’s interesting.”

Among the early players holding a glove and swinging a bat 70 years ago was the late Ted Shaw, a former mayor in town who later unofficially became known as “Mr. South Pasadena” for his many civic-minded roles, helping one cause after another, whether it was the city’s float in the annual Rose Parade or 4th of July Festival of Balloons Parade.

“He was a fabulous supporter participant of our Little League program for many years,” Ocon said, praising Shaw’s willingness to continually give back. “He was just tremendous. There’s just so much history with his involvement.”

Marking the milestone of turning 70, a night full of festivities recently held in Arroyo Park included a tribute to the significant achievement, a special thank you to the city by Ocon for its support, and three games played to kick off the season. Dignitaries from local City Council, including Mayor Michael Cacciotti, Councilmembers Jack Donovan and Evelyn Zneimer, along with members of the police and fire departments, city department heads and staff were on hand, joining State Senator Anthony Portantino, who issued a proclamation for its lofty longevity.

In addition, the Albert W. Millham Award for Sportsmanship was presented by Mrakich, recognizing the league’s seven decades and to District 18 for being a fine example of the sport.

In part, it reads: “A League whose conduct on and off the field of play by its Players, Officials, Parents, Friends during the 2021 Season has best exemplified the spirit of Little League Baseball and its goal to develop qualities of citizenship, sportsmanship and adulthood in its boys and girls.”

The ceremony also celebrated the 7-8 year-old District 18 softball champions, winning for the first time in the history of the tournament. SPLL’s major division softball team won district and reached the sectionals and the junior softball team placed third in the state of California, winning both the district and sectional tourney. On the baseball side, South Pasadena’s 11-12 year olds and juniors won the title at the district level.

Ocon, who has been a part of the South Pasadena community for 20 years, grew up playing Little League in District 16 out of Glendale. He no longer has children playing in the local league, the president saying Olivia and Phillip “aged out,” but he still continues to come back for more to support the city, like so many of its inhabitants, which has grown on him.

“It’s pretty much the love of Little League,” he said, reminding himself on why he donates countless hours each spring and summer. “It was such an influential part of my life when I was a young man. To this day, I remember the presidents, the coaches, and volunteers, parents who made Little League such a great experience for me. I continue to have those friendships. Some are coaches, others are working in different fields, and I can say ‘we all met in Little League.’ I’m involved because I want to see it done right and make sure these young children have a great time.”

Among those on hand for opening night were two longtime supporters of South Pasadena Little League – Sam Hernandez and Joe Payne – who have both served as president for the organization along the way.

“Seeing the excitement in the young kids,” said Hernandez, when asked why SPLL is special to him. “Especially after what we have gone through the last two years.”

Like nearly everything, COVID put a major dent in all scheduled plans, taking its toll on local Little League contests as well over that span.

Looking at players of all ages decked out in colorful South Pasadena uniforms, Hernandez, flashing that familiar smile, said, “Tonight was the start of all their dreams.”

Hernandez, who served as league president for five years and hasn’t missed an opening night since 1998, was a one-time fixture at Orange Grove Park for the league’s softball games, working the grill and serving up, oh, who knows, maybe thousands of burgers over 15 years.

Some even walked away with what was known at the barbecue site behind the backstop as Sam’s “Famous Slider,” featuring a cheeseburger on a bun with a sizzling Polish Sausage on top. “Nothin’ like it,” would likely boast the laughing, good-natured chef.

Payne, a former South Pasadena police chief, got his start in the league in 1996 when his son, Alex, began playing T-Ball and he coached him. Payne later joined the board and was the SPLL president from 2005-2010, then returned in the same role from 2013-2015. He remains on the board today as an immediate past president, a regular position, doing field maintenance and making equipment purchases.

Taking notice of the two, Ocon joked that he’s had some big shoes to fill falling in the footsteps of both Hernandez and Payne when he took over as the league’s president. “It’s nice to see them both as resources and still committed to the program,” he said.

Ocon believes he’s been the president of the league either five or six years, and a board member for eight or nine. Who’s counting when you’re having fun? Certainly not the gregarious man in charge and getting the most out the experience today.

“It becomes second nature after awhile,” he said, except in those days when the coronavirus hit hard and closed down the operation two years ago. “We held opening night and two days later we had to stop. It was really a disaster. It was really tough.”

The next year, league officials launched league play again, not holding an opening night, “no nothing, let’s just get the kids playing,” recalls Ocon with the pandemic still a public concern, saying it wasn’t easy going. “And so this year we were finally able to have a wonderful opening night and I think everyone had a great time. It feels really good to finally get going like it’s normal again.”

South Pasadena Little League appears to be firing on all cylinders again, much to the liking of Cacciotti, who said in his mayoral role, “It’s incredible the volunteers, coaches, umpires and families who participate in many different ways each year and have kept this organization going for 70 years, almost an entire century. It’s just a testament to the dedication of these individuals and it has been a tremendous success. And when I say success, it’s not just winning games but they almost always win the best sportsmanship award trophy in the region, which is the most important mission of youth sports – to teach kids proper values and, most importantly, sportsmanship, how to get along with others along with fair play.”

Thinking back on it, 70 years of Little League in South Pasadena, the place where it all started in California, Ocon was asked to weigh in with his feelings.

“Oh, wow, it is nuts,” he exclaimed. “For me, what really makes it, is seeing all the joy from all the boys and girls involved and having fun.”

And with that, the league’s president can say “mission accomplished.”