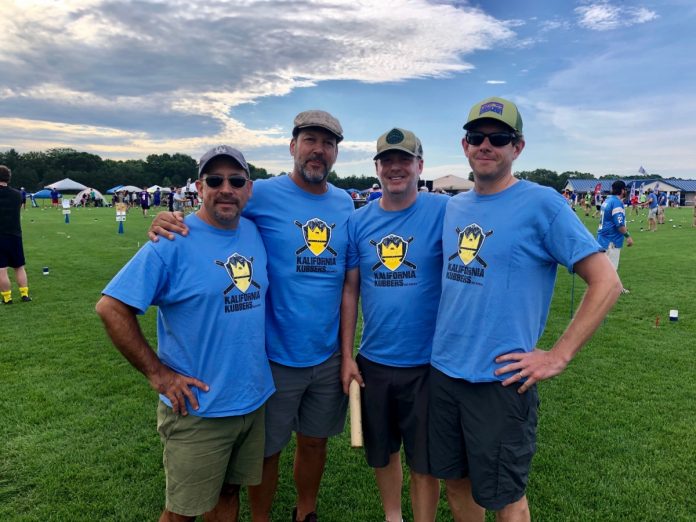 For the 5th year in a row a masterful team from a relatively small and not particularly well known city (South Pasadena) competed for a National Championship in a niche game of skill and strategy (kubb – pronounced kūb).

The 4 members of the South Pasadena-based “Kalifornia Kubbers” made an amazing go at bringing home a National Championship this weekend in the U.S. hub of kubb – Eau Claire, Wisconsin. All 4 team members are dads from right here in South Pasadena (see photo at top above): Wayne Busick, Marshall Dostal, Julian Petrillo, and John Pettersson.

For those not familiar, kubb is a game of strategy and skill played on a level pitch measuring 8 x 5 meters. Teams take turns hurling “batons” at the opposing teams “kubbs” in an effort to knock them down. Below is an excellent and brief video explanation of the game.

The U.S. National Kubb Championship attracts hundreds of teams each year and takes two full days of competition. The first day narrows the field to the top 16 teams by randomly drawing teams for the tournament play. The final day culls these finalists to determine the champions.

According to team captain, John Pettersson, “The game itself is very popular in the upper midwest so most teams who compete in the National Championship are from the states of Wisconsin, Minnesota, Iowa, and Illinois. However each year there are a few more states represented as the game’s popularity grows. Apart from the occasional Swede that comes to play, we are still probably the team that travels the farthest to be there.” 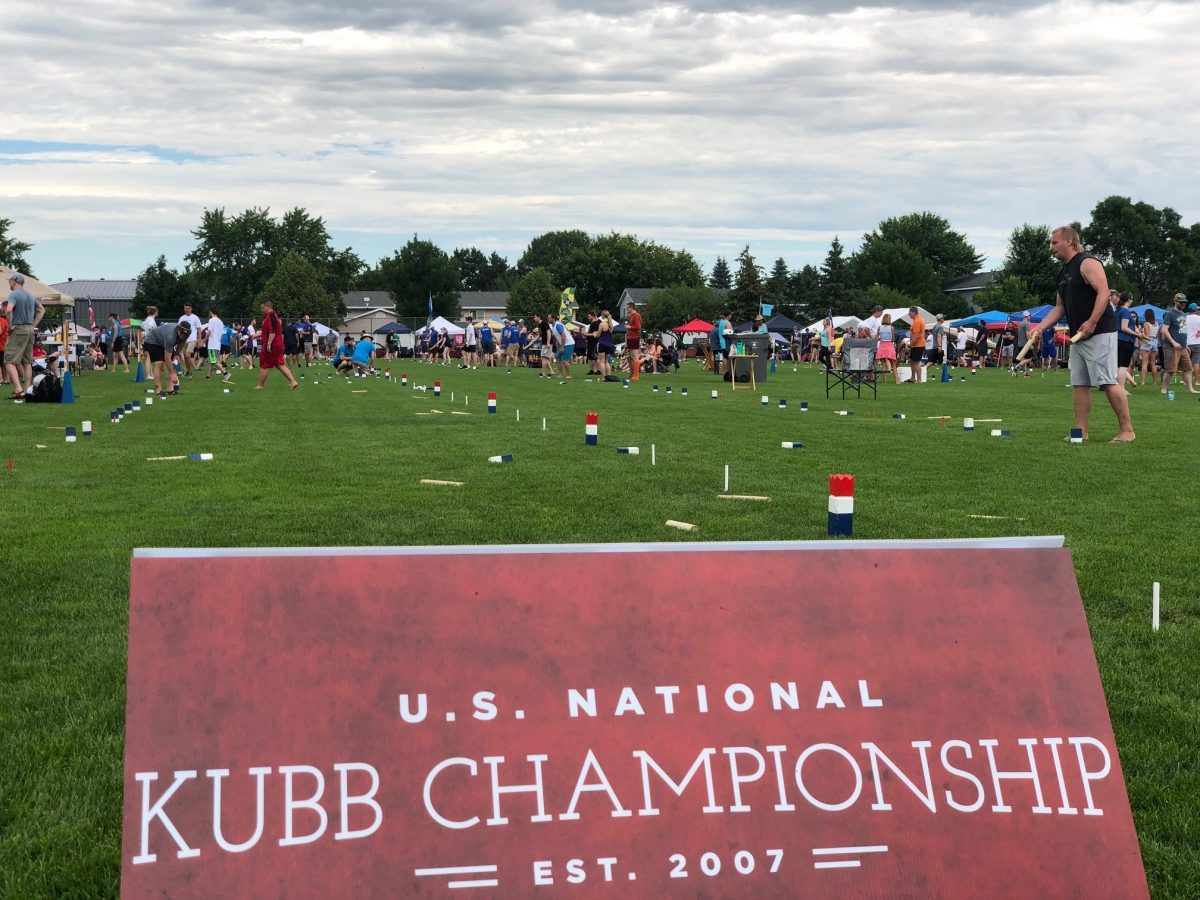 Matches are best of 3 games, and on day 1 the South Pasadena team had played 6 matches and hadn’t lost a single game – thus propelling themselves into the finals on day 2.  The team faced a challenging group on day 2 which included last year’s National Champions, the 2-4-6 Mafia.

Facing a tough slate of competitors, the Kalifornia Kubbers lost 2 of their 3 matches in the final rounds, leaving them tied for 9th place in the United States.

Captain John Pettersson described the significance of the event for the team, “It’s really an honor to have made it to the Sunday rounds again and to have gotten to go head-to-head with the best teams in the country. The competition is serious, but there is a friendliness and camaraderie among everyone there that makes it a special experience for everyone involved – win or lose. We’ve been to Nationals enough times at this point that it’s hard to walk 20 feet without running into a past opponent or stopping to chat with one of the many friends we’ve either made while out in Eau Claire or who have come the West Coast Kubb Championships that we’ve hosted for the last several years in South Pasadena. It’s an amazing community.”

To learn more about the local LA Kubb Club or to get involved yourself, please visit: lakubb.org.