Facebook
Twitter
Pinterest
Email
Print
Citizens of South Pasadena have declared “7-4 Day” as a day of liberty finally displacing Metro’s Toll Tunnel with a new plan to serve communities threatened with a freeway for half of South Pasadena’s 125 year existence as an incorporated city. This citizen-led freeway victory was backed by hundreds of citizens from Alhambra, Altadena, Glendale, La Canada, Los Angeles, San Marino and Sierra Madre and will march to celebrate its final retirement in South Pasadena’s Festival of Balloons 4th of July Parade, Tuesday, July 4th.
Background: Since 1947, The Metropolitan Transportation Authority (Metro), Caltrans and it’s predecessors have proposed, studied and advocated for the building of a freeway through the heart of South Pasadena’s historic community.
On May 25, the Metro authorities dropped support by unanimous vote for one to two 4.6 mile tunnels underneath South Pasadena, that threatened to induce significant volumes of traffic onto residential streets
The proposed freeway route would have extended the 710 Freeway from the 10 Freeway in the Los Angeles community of El Sereno to the 210 Freeway in Pasadena. Thinking beyond the 710 Freeway, citizens are now ready for a better alternative. Land currently occupied by the north and south freeway stubs and the land in between could be developed sustainably, and provide local transit connections, more housing and recreation, and provide better access to Cal State Los Angeles and local transportation projects will benefit from a $700 million infusion captive by the 710 Freeway project.
“Beyond the 710” was formed to provide and alternative that would connect communities, increasing everyone’s quality of life, and putting scarce transportation dollars to their best is ever-growing grassroots movement is comprised of the Cities of Glendale, La Cañada Flintridge, Pasadena, Sierra Madre, South Pasadena, plus the Natural Resources Defense Council, the National Trust for Historic Preservation and No 710 Action Committee. More technical information is available at and the alternative proposal is articulated at:
No 710 Action Committee
email: no710extension@aol.com
websites: No710.com, beyondthe710.org or Joanne Nuckols, 626 252-3344 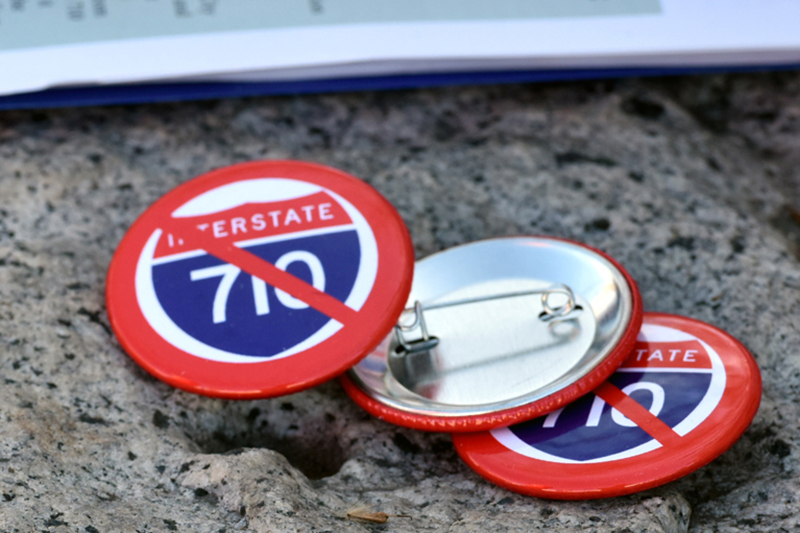