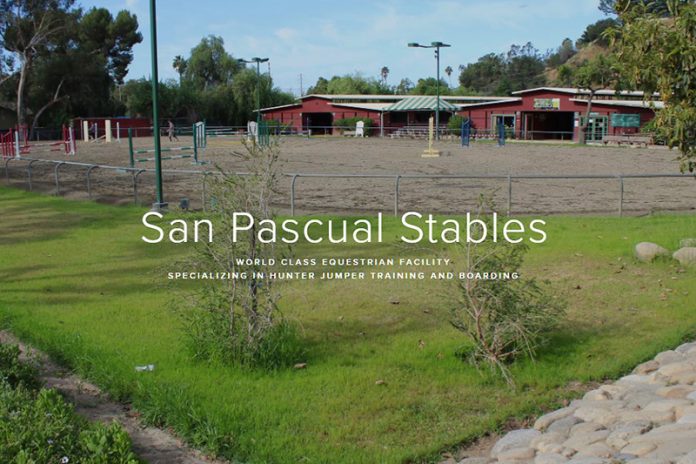 San Pascual Stables, LLC, is the current operator, and its management is now looking for a long-term contract following the actions taken by council members.

Their recommendation to the subcommittee earned the support of the City Council, which voted unanimously last week to enter into a new lease agreement with San Pascual Stables, LLC, headed by Corbell Partnership.

However, if a new lease cannot be reached with San Pascual Stables, LLC, city staff has been directed by the council to turn to the subcommittee’s No. 2 choice, Paddock Riding Club, to operate the facility.

“The subcommittees’ opinion is that San Pascual Stables, LLC, can build on their past successes and conduct a financially successful equestrian center that expands the equestrian opportunities to the community and improve their customer service, site security, and facility maintenance under the new terms of the city agreement,” Pautsch told the council.