Those words ring true when recognizing the contributions made over the years by Jon Primuth, 56, who appears to be happiest when giving, doing selfless acts, determined at every step to make a difference for others.

Whether making a commitment to the schools, Chamber of Commerce or city, the South Pasadena resident — who won a seat on the local City Council in November — knows lending a hand is not only good-hearted in its actions but is the right thing to do in making the world a better place.

“I started volunteering for the schools in the early 2000’s, thanks to my wife Karin who was very active in the PTA at Arroyo Vista [Elementary] School,” explained Primuth. “When my older son began high school, I volunteered to take over the snack stand at the football games, raising money for the music clubs. Snack stand coordinator is the coolest volunteer job I’ve ever had! I really enjoyed managing volunteers, reworking operations, and introducing new items like the chicken bowl and Tiger dog.”

It was only fitting for a school that features a tiger as its mascot for him to join a team of volunteers in coming up with a marketing effort to sell more hot dogs and other products. One season during the homecoming game with a large crowd on hand, Primuth oversaw 22 volunteers on rotating shifts, setting a sales record, and was “pleased that no one was burned out,” he noted. “That’s the power of teamwork.” 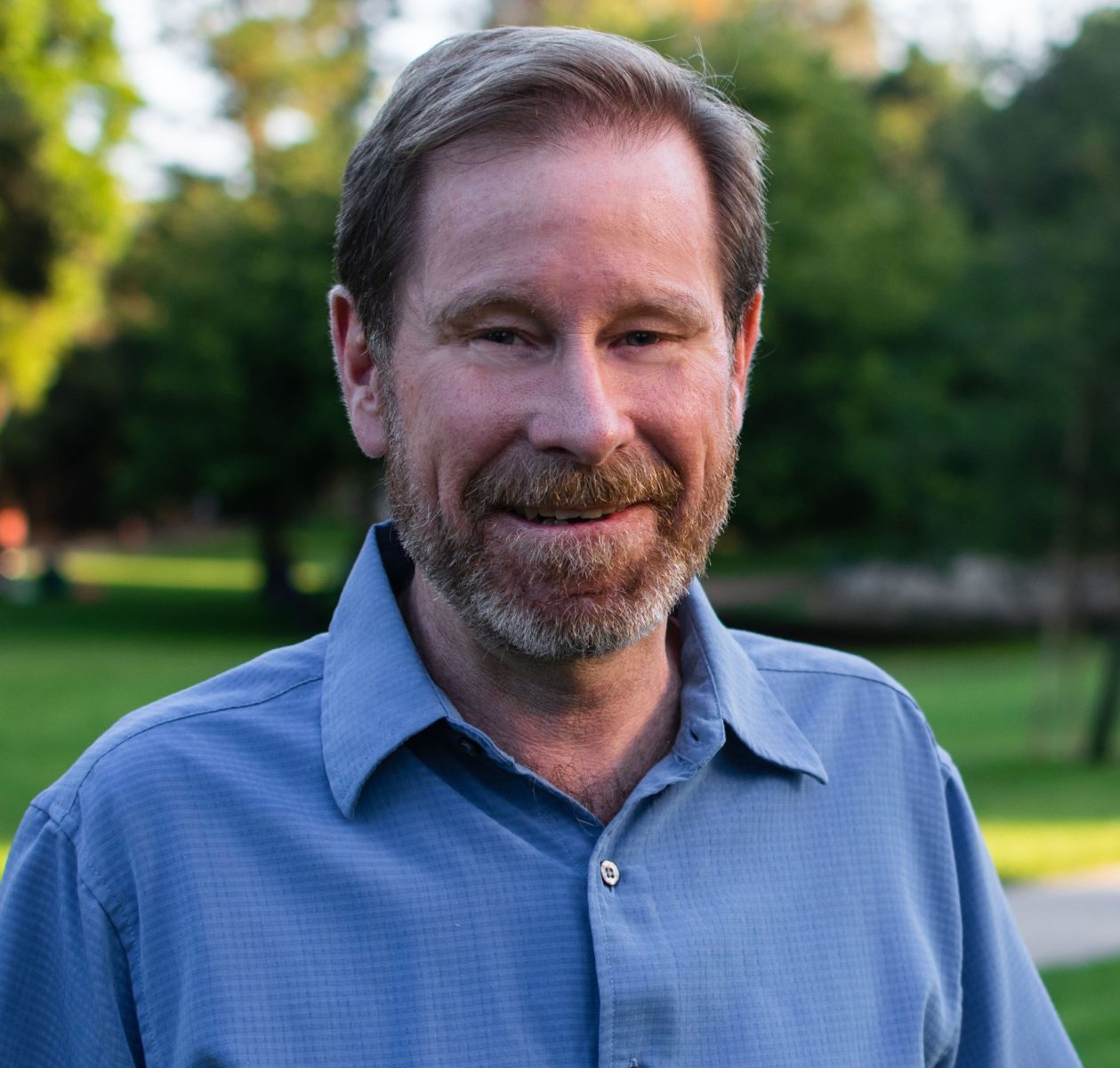 Over time, he became a South Pasadena Educational Foundation (SPEF) board member, as part of an effort to raise funds for the school district. He later served on the Chamber of Commerce board and was elected to the school board in 2015 for what turned out to be a five-year term, ending early in December 2020 when the City Council opportunity came calling.

During his tenure on the school board, Primuth was part of a board that successfully passed Measure SP, a $98 million school bond measure approved by the South Pasadena voters in 2016.

Primuth was strongly behind the SPUSD’s Measure S in 2018 — a voter approved renewal of the parcel tax which provided critical annual revenue to South Pasadena schools — “filling a need that state funding cannot meet,” he said, adding: “I catalyzed a six school-district coalition in Southern California to lobby for enhanced funding of all public schools in California, focused on the ‘base grant’ that SPUSD especially relies on. We were successful in getting our message into the governor’s office, the finance department, and the education committees for the state assembly and senate. Ultimately that broad outreach resulted in a $500 million bump to base grant funding in the state budget.”

As a board member, he was also part of the transformation of the ninth grade English curriculum “into a much more personally engaging course on identity, ethnicity and culture,” he explained. “Survey data from the students in the pilot program was very positive. The board adopted this ‘homegrown’ curriculum as the standard 9th grade English course. I want to thank school board member Suzie Abajian for pushing this project from the beginning. I also want to thank the teachers Kim Cadlits, Denise Gill, and Jennifer Cutler for putting together the curriculum.”

Primuth believes students need to explore and challenge themselves to better understand themselves and others in terms of background, identity and ethnicity. “We can’t skip or gloss over this critical area of social and emotional development,” he said.

Upon his departure from the Board of Education, Primuth said the district was in a position to complete the purchase of a property at 1100 El Centro for relocating into a new headquarters, explaining: “The property is perfect for use as a district office,” he said. “After closing escrow, the current tenant will be moving out at the end of March, and the district will move in after some minor renovations and improvements. Unfortunately, the district lot is still up for sale. The district had two buyers in succession fail to complete the purchase. You will see many closed session meetings of the school board as my former colleagues try to find a solution in this challenging negotiating environment, which must remain confidential. I have immense respect for them, as well as superintendent [Geoff] Yantz and assistant superintendent [David] Lubs, as they continue this important work.”

“This work is already underway, thanks to my colleagues on the city council, finance commissioners, and community members, including Steve Rossi,” said Primuth about the resident who briefly sat on the council, replacing Khubesrian, but came up short a write-in bid in November for a full term. “Everyone is working very hard to make progress on all fronts.  I’m confident the budget, audit and operations will be in great shape soon. I’ve asked the city to produce a visual progress report and timeline on each item in the CAFR management letter and 2018 City Gate review, as well as any items from the ad hoc committee, so the public can see at a glance the progress and remaining work to be done.”

Finalizing the city’s general plan, a roadmap for the future which has been placed on hold as a result of the internal turmoil, will soon be placed back on the front burner, stressed Primuth, seeing better days ahead when the effort resumes. “Development comes to a stand still when there isn’t clear planning direction and formal planning documents in place,” he said, insisting it’s important to find “the right city manager for our community.”

The recruitment process is underway, Primuth saying “extensive community consultation” will be implemented in the effort as the council hopes to have a new city manager in place by April.

Primuth, an attorney at Lagerlof LLP, a law firm in Pasadena where he is a partner specializing in estate planning, trust and probate law, oversees City Council District 3. He joins a revamped council since November’s election, joining incumbents Mayor Diana Mahmud in District 5, Councilmember Michael Cacciotti in District 4, and new on the council, Evelyn Zneimer (District 1) who unseated Bob Joe, and Jack Donovan, winning the District 2, once held by Dr. Richard Schneider, who gave up his seat.

“Street and transportation improvements needs clear direction and continuous work,” said Primuth, outlining some of the key projects that lie ahead of the council. “We need to continue repaving [streets] at full speed. Transportation infrastructure is a complicated area, with many agencies, planning processes, funding sources, stakeholders and competing priorities. That said, there is need for immediate attention to traffic calming measures in the Fremont Avenue and Meridian Avenue corridors. We also need the 110 Freeway hook ramp to move forward.”

The latter would be designed to ease traffic along the corridor on Fair Oaks Avenue as a pressure relief valve where vehicles stack up especially during the morning and evening commutes during pre-COVID times.

“It’s incumbent on the new councilmembers to take a fresh, top to bottom view of the city’s legal liabilities, including employee benefits, and litigation risks,” stressed Primuth. “We’ve already started that process, thanks to councilmember Zneimer’s early call for a case review.”

Police reform in South Pasadena has many aspects, which he also looks forward to having a respectful dialogue to ease community concerns. “There have been many calls for reform from the community,” said Primuth. “Investigations of certain incidents are underway and there will be a robust discussion of the results of those investigations. We need to find a permanent chief for the department. We must address a morale problem within our police department. There’s no simple pushbutton solution, such as cutting the budget or selling off surplus equipment or requiring more de-escalation training. I look forward to playing a very active role in all these conservations in the next few months.”

Oftentimes South Pasadena, as a result of its quaint size and estimated 26,000 populations, is referred to Mayberry, a fictional community for the once popular television sitcom – the Andy Griffith Show. Primuth wants to make it clear the city, as attractive and old-fashioned as residents find it, “is not Mayberry, and it’s time to bury that sobriquet,” he said. “People move to South Pasadena for a strong community that strives to continuously improve. I want to help be part of South Pasadena’s unique contribution to becoming a diverse, respectful and unified community of responsible members. When you look across time and geography, diverse cohesive communities are extremely rare, so in a sense we are trying to defy the laws of human nature. That might sound to some scary or crazy or boastful, but the fact is most people are in South Pasadena intentionally, not by happenstance. So that’s my pie in the sky, Panglossian view that drives me on the City Council.” And drives him to continue to be a major force in town, giving back and answering the call – a reminder of words once said by Martin Luther King, Jr.: “Life’s most persistent and urgent question is, what are you doing for others?”

Jon Primuth, doing his part in getting involved, is simply a problem solver and doing plenty, thank you. “I like to dig in, look for patterns, and find insights that could lead to resolution,” he said. “My decision making process is a mash up of careful listening, analytical thinking, big picture idealism, and pragmatism about resources and process. Holding all those polarities in tension is challenging, and often produces surprising results. For example, I don’t consider myself a liberal, but my process often leads me to liberal positions. Overall, though, I’m not ideological or partisan, but pragmatic.”