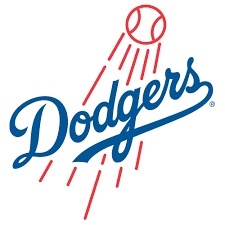 It’s lining up to be a huge battle as the Dodgers and Brewers start the National League Championship Series Friday night in Milwaukee.

Game 1, starting at 5:09 on FS1, matches Dodger ace Clayton Kershaw and the Brewers’ Gio Gonzalez as both teams go into the contest well rested.
Milwaukee finished its sweep of Colorado in the best of five National League Division Series on Sunday and the Dodgers took care of business Monday by finishing off Atlanta, winning the series 3-1.

It looks to be the Dodgers big bats versus the Brewers’ solid pitching, especially coming out of the bullpen. Los Angeles hit just .210 in their NLDS victory over the Braves, but they slugged eight home runs, including two each by Max Muncy and Manny Machado.
The Dodgers were also on base plenty of times throughout the series, drawing a staggering 27 walks.

Brewer pitchers set an NLDS record by allowing only two runs and held Colorado scoreless in 27 of 28 innings.

Los Angeles will be looking for better production out of Cody Bellinger in the series. He was 0-11in his first post-season action since struggling at the plate when he went 4-for-28 with 17 strikeouts in the World Series a year ago. Dodger catcher Yasmani Grandal homered against the Braves but went 0-12 in his other plate appearances.

Yet, the Dodgers have plenty of firepower to offset an occasional blemish in their lineup as the team is loaded with talent beyond Machado and Muncie, with productive hitters in Chris Taylor, Justin Turner, David Freese, Matt Kemp, Enrique Hernandez and more.

The Dodgers have a boatload of talent that hopes to reach the World Series for the second straight year.

“It’s two teams playing very good baseball up to this point,” said Dodgers’ Manager Dave Roberts. “They have home field advantage but we’ve actually played better on the road than at home this year. With our group, that really doesn’t bother us.”
The L.A. manager says it’s a pretty simple formula to winning the series against the Brewers and moving onto to take on the winner of the American League Championship Series – Boston or Houston. “You have to hit and play defense and not let your emotions get too big for you.”

Machado recognizes the Brewers are on a hot streak, having won 11 straight, and his club will need to play its best baseball to come away with an NL title. “They have a great ball club over there,” he said. “We’re going to have to keep doing what we’re doing, not worry about the names or what they’ve done, but go out there and play the game and control what we’ve got on our side.”