For a long time, there was an alarming lack of crossover between the sports and environmental worlds. Clubs and teams didn’t seem to see a need to engage in eco-friendly projects as long as their fans and supporters were coming to watch the teams play.

But a new generation of fans – and some more progressive owners – have made sure that environmental issues are just as important as to what is happening on the field of play. Their actions might not have much of an effect on the odds at gambling sites like GTBets – but they are a step in the right direction in making sports arenas and stadiums more sustainable.

Modern architects have been searching for ways to lessen the industry’s impact on the environment for years. One of the ways they are able to do this is by introducing the LEED (Leadership in Energy and Environmental Design) classification system for all new developments.

There are four levels to LEED, with platinum being the highest. Only around 7,000 buildings around the world have achieved that status – and the Golden 1 Center, the Kings’ home arena, is one of those. It is the first arena that derives 100% of its electricity from solar energy sourced within 50 miles of its location.

Philly might not have had too much to shout about on the field in the last few years, but the organization can proudly boast of its environmental work. Aside from other initiatives, Lincoln Financial Field is one of the most sustainable sports stadiums in the country.

There are thousands of solar powers at the stadium – as well as 14 industrial-size wind turbines on the roof. All of this natural energy work is thought to produce six times the amount of electricity needed for every Eagles home game. They also have very impressive schemes in place to reduce waste.

Premier League clubs in England enjoy fans all over the world and are regularly looked to when it comes to social issues. There has been a huge increase in recent years in community involvement on behalf of the clubs and more environmental and sustainability projects have sprung up because of that.

Liverpool has been singled out as one of the best in the league. Their results might not have been quite on the same scale as the teams mentioned already, but their work on the ground has been celebrated. The club has pledged to reduce emissions by 50% by 2030 and has also planted hundreds of trees, hedges and wildflower plugs at their academy. 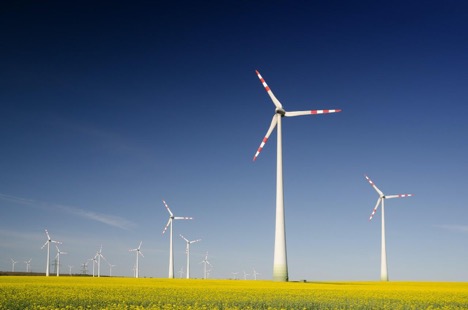 Unsurprisingly, college sports has also got in on the act when it comes to creating a more sustainable future. Green issues have long been a specialty for the university, with a zero-waste scheme, first formulated back in 2011, that now diverts 90% of all waste into recycling.

The training facility is also home to a roof of solar panels and it is calculated that around 20% of the energy used is generated by wind. The original plan was to achieve total carbon neutrality by the year 2050. But judging by the way they have gone about their business in the last ten years, they might achieve that lofty goal much earlier than expected.

It is not always the big clubs that have achieved the most when it comes to environmental issues. Forest Green Rovers play in the fourth tier of English soccer but can claim to be the champions when it comes to sustainability. Experts in the field have long lauded their green credentials.

They claim to be the world’s first vegan soccer club with no animal-related products sold around the stadium on match days. They have also invested heavily in solar panels and wind turbines. But the aspect that really puts the ‘green’ in Forest Green Rovers is their plans to build a new stadium entirely made of wood. It is no surprise that soccer’s governing body FIFA has called it “the greenest team in the world”.