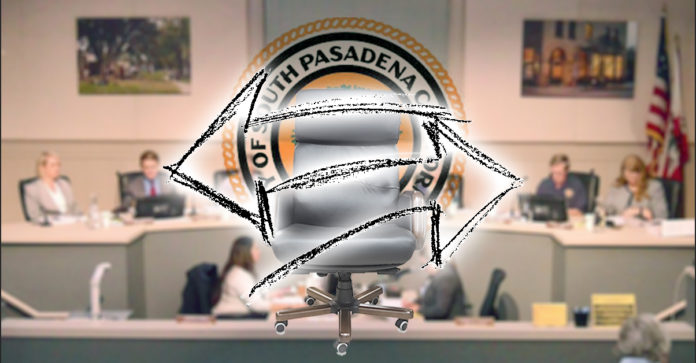 The City of South Pasadena on Monday belatedly released the names of applicants who will be considered to fill the remaining term of District 2 Councilmember Marina Khubesrian, who resigned Aug. 18. It has also restored the original Sept. 2 special meeting date for public interviews of the applicants and selection of a finalist.

In a set of application guidelines posted earlier this month, the city had said candidates’ names would become public record at 3 pm on Friday, Aug. 28 and promised to release the list “at the latest” on Saturday August 29.

But instead, the city issued an unusual Saturday press release Aug. 29 saying the names would not be published until the posting of an agenda ahead of a newly scheduled “special” meeting on Sept. 9. That announcement drew complaints from citizens and applicants alike, who said it violated the specific terms of the process approved by a 3-1 vote of the City Council on Aug. 19.

In a statement emailed to the South Pasadenan News Monday, the city maintained that since its offices are always closed Friday, it had never actually intended to release the names until Monday. “There has never been any decision made to the contrary regarding this process.”

Also Monday, the City said the Council will conduct its public interviews with the applicants as originally planned on Sept. 2. This was a change from the announcement in Saturday’s press release, which said the interviews would be conducted during the newly scheduled Sept. 9 special meeting. That announcement also drew criticism, coming 10 days after the same 3-1 vote in which Councilmembers resolved to conduct the interviews and select a finalist on Sept. 2.

The city said the first date change was driven by the need to “allow ample time for the interview and selection process given the number of applicants,” though it did not at that time disclose how many there were. In Monday’s announcement, the city attributed the second change to “expressed interest by some members of the community to move the candidate interviews up in time.”

But the city received comments from members of the community who merely asked it to honor the schedule the Council had publicly voted on Aug. 19.

As part of the same Aug. 19 vote, Council members agreed their vote on who to select for the vacancy would also take place Sept. 2. That commitment began to slide when the city posted the application guidelines, saying only that the city “anticipates” the vote would be held Sept. 2. In a Saturday email to vacancy applicant Stephen Rossi, Chief City Clerk Maria Ayala said the interviews and selection had been rescheduled for Sept. 9th.

Monday’s press release did not address the matter, but in a separate statement, the city affirmed the selection will in fact take place on Sept. 2 as originally planned, with a formal swearing in on Sept. 16.

Some members of the public were also concerned that the scheduling of the now cancelled Sept. 9 special meeting was a violation of the Brown Act.

The City of South Pasadena told the South Pasadenan News Monday that on August 28, “all four Councilmembers directed” the scheduling of the Sept. 9 meeting “to give all five applicants sufficient time for their public interviews and allow for public comment.” Council members “always determine the meeting dates and times for any special meeting.” This is a “standard administrative procedure.”

The City also said it “believes that the filling of a City Council vacancy is an important matter that is deserving of its own meeting, if possible, given the press of other existing business to be accomplished” at the regular Sept. 2, 2020 council meeting.

It was unclear if there will be a public comment period.