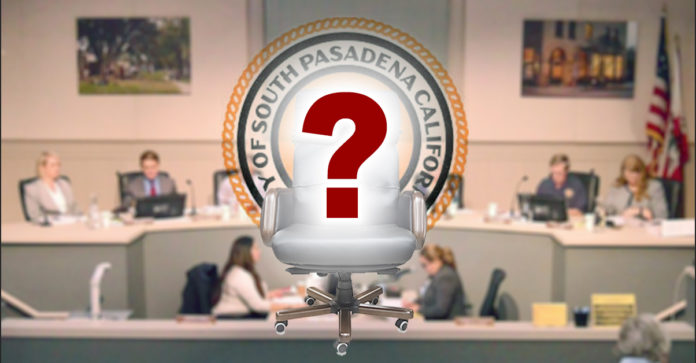 Despite promises to do so, the city of South Pasadena on Saturday failed to provide the list of the candidates from which the City Council will choose to fill the remaining term of District 2 Councilmember Maria Khubesrian, whose resignation took effect August 18.

The City has also pushed back the Sept. 2 date on which the City Council on Aug. 19 voted 3 to 1 to both hold public interviews with the candidates and vote on which one to select.

At the time, Mayor Robert ‘Bob’ Joe and other Councilmembers cited the need to get someone appointed quickly because the term runs out Dec. 2. The city later hedged on the selection date, saying the Council “anticipates” being able to take the vote Sept. 2. But the interviews are now set for Sept. 9, with the vote on Sept. 16.

According to guidelines posted by the city, those seeking the position had to turn in their applications by 3 pm Friday, August 28. “Once an application is filed with the City, all information contained therein (except for telephone number(s), email(s), and other personal contact information) becomes a public record.” The application form itself included a timeline saying a special City Council agenda would be posted “at the latest, Saturday August 29” (emphasis original) that would “include the applicants for consideration.”

But messages left with the city after 3 pm Friday seeking the names of the candidates went unanswered. Meantime Friday evening, the Council held a closed meeting to discuss negotiations over cost-of-living-adjustment concessions the city wants from its labor unions.

Saturday, Councilmember Richard Schneider told the South Pasadenan News that Council members were told six persons applied for the vacant seat, but one was not qualified for consideration. He said the Council was not given a list of the candidates.

Schneider also that because of the large number of applications, the city decided to hold its public interviews during a special meeting of the City Council on Sept. 9, rather than during the regular Sept. 2 city council meeting that Councilmember voted on Aug. 19.

City Manager Stephanie DeWolfe could not be reached Saturday.

Late Saturday afternoon, Mayor Robert Joe, who is up for reelection Nov. 3, said he too did not know who the District 2 vacancy candidates were. “I am not the person. I am one of four Council members. The information should come from the staff.” He said he had not spoken Saturday to anyone in the city about the list but agreed to work to have someone in the city respond.

Meantime however, different information was being provided elsewhere. Stephen Rossi is one of the District 2 residents who have applied for the appointment. Rossi said he’d been in touch via email with Chief City Clerk Maria Ayala and asked her if the list of candidates would be published Aug. 29 as promised.