Approximately 100-150 protestors assembled at the South Pasadena Public Library to march down the city streets, redefining what July 4th meant to them.

Multi-colored portraits of George Floyd, and a vast array of messages were seen spanning the horizon.

With fervor, organizer London Lang addressed the crowd that had amassed at Garfield Park, asserting “4th of July is a day that America sees as the day of our independence and freedom. Black people are still not free if they are still being killed by police. Please, keep this in your mind as we march, thank you.”

The message was clear, to many citizens of this nation the underlying significance of the holiday rings hollow. “Black people are not independent right now, they are being killed every month, there have been at least 200 deaths since George Floyd. 200 black people have been killed by white supremacy, racism, and police brutality,” explained Lang, “Black people are not safe here in America and we will not celebrate our independence.”

The crowd was heard alternating chants “Black lives they matter here” for over a minute straight while building to a crescendo transitioning to “No justice, peace. De-fund the police.”

With a notable exasperation Lang lamented that as a part of the American institution, many African-Americans were subjected a lopsided system unwillingly, “We did not want it, we did not ask for it, we did not need it in our lives, in our community!” A symptom that has often marred low-income residents in poor neighborhoods and poc living in affluent areas alike.

“I’ve been standing at the corner of Fair Oaks and mission for the past 30 days and ever since, this community has been showing me support,” said London.

But inevitably the movement hasn’t been without its detractors and with that come various forms of reactionary actions. With Lang unfortunately admitting, “Yes there has been some backlash, there’s been people putting on cars signs that say ‘It’s O.K. to be White’, nails in driveways, middle fingers on occasion when they pass by the protesters. Honestly, it’s not crazy backlash, but we know that it’s still here.”

A prevalent issue that still bogs the community is the willful ignorance of some, according to Lang, a problem who’s subtext implies that everything is ok when it is not. “But we want to show people’s true colors. South Pasadena isn’t as good as it is and we need to change it. Racism is still alive here. This is where we stand and say ‘we do not want your hate’.” 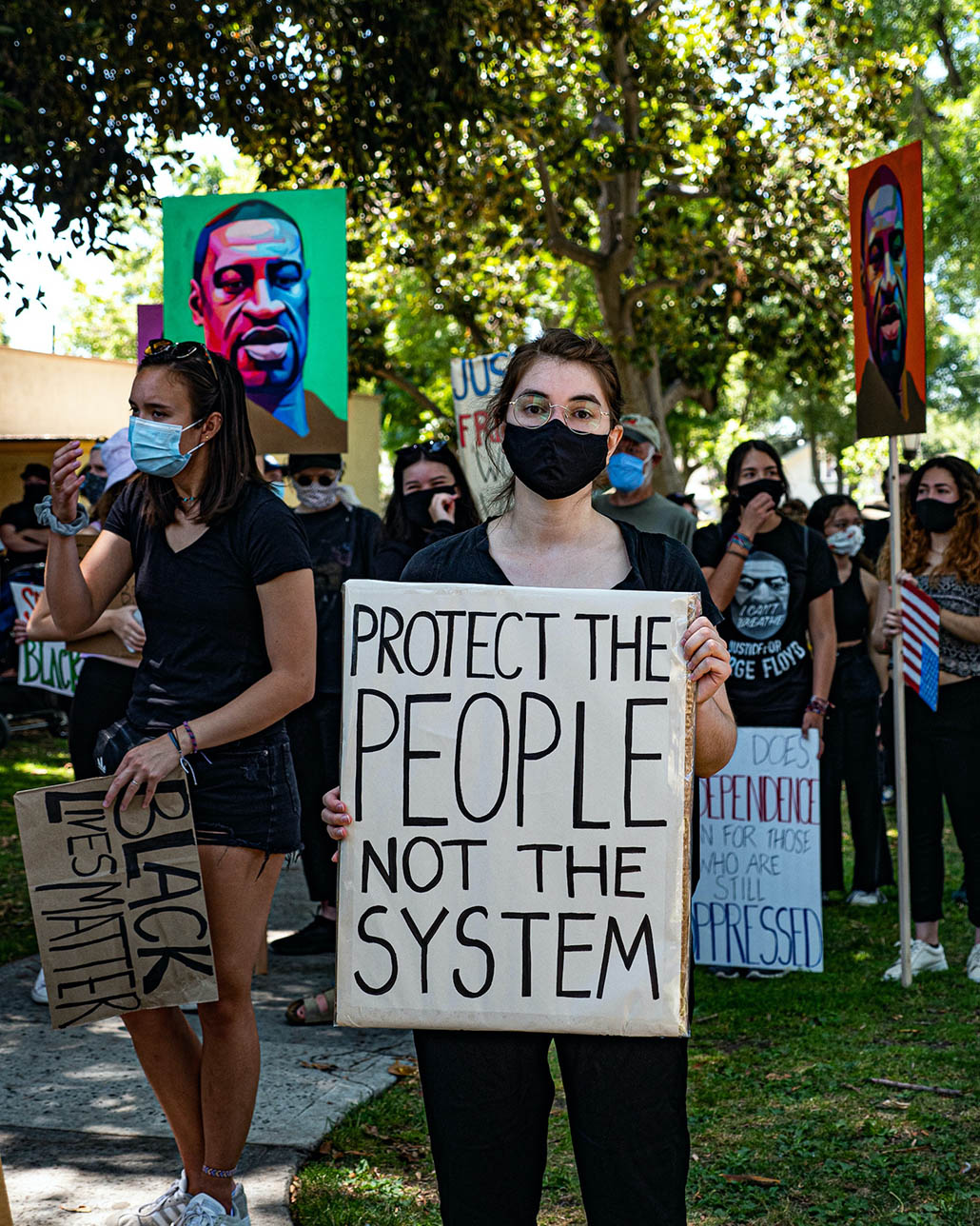 Being a last-minute affair, Lang was pleased to see the turnout however, and was inspired by the abundance of positive energy, “The atmosphere’s been wonderful,” London told the South Pasadenan News, “there’s more support than theres hate, and if there’s still hate I want to change that.”

The march comes at the heels of other efforts the group has made in South Pasadena to continue to promote dialogue, memorialize victims, and enact change.

Two weeks ago a vigil was held in Garfield Park to memorialize Tamir Rice, the 12 year-old boy that was killed by police on On November 22, 2014. On that day,  June 25, what would have been Rice’s 18th birthday, the service was to act as both a memorial and a reminder of the maltreatment that continues to exist against Black Americans.

Additionally the group has also worked with other organizations to feed and clothe the homeless and spread awareness about the subjugation of marginalized groups.

Looking towards the future, Lang expresses the desire to create a community exhibit where “everyone can come and learn about black history. “

As far as joining the cause London says that it’s all-inclusive. “It’s an open organization, we have a discord you can join. It’s a server where we all talk about change, city topics, issues around the nation.”

“I want the south Pasadena community to know that black lives matter. That George Floyds death wasn’t in vain. The police system is incorrect, and that everyone should get out and protest for black lives,” concluded Lang.