The five superb actors play multiple roles telling the stories of the cooks as well as the inhabitants of the building above. Each plays genders, race, ages and even species different from their own with the result being both confusing and exhilarating as the audience must remain plugged in at every moment in order to follow the intersecting plots. I admit to being a bit discombobulated by it all for the first bit of the show but then something compelling begins to happen as you sink further into the rhythm of the storytelling and become immersed in this unseen world.

The reassigning of identities allows one to examine our own ideas about destiny and circumstance, driving home the notion that we are all that immigrant child washed up on the shore. While artifice is used such as actors narrating their own actions and speaking some stage directions, there remains a very human heart at the core of this piece that takes you by surprise.

The performances are exceptional from Susana Batres who breaks your heart as the young boy with a toothache searching in vain for a lost sister to Joseph Kamal who is delightful as a ditsy flight attendant. Ann Colby Stocking is tough as nails in her portrayal of the shopkeeper and Theo Perkins is mysterious as another flight attendant and even at six foot plus, comes across as delicate and tragic as a woman in an abusive relationship. Finally, Justin H. Min is exquisite as the cricket whose graceful dance exudes a naked vulnerability.

Michael Michetti’s direction is as quick and sharp as a master chef’s knife and at 80 minutes without intermission, the subtle magic of this darkly comic tale stays with you as it aims to shine a light into the dark corners of our global, migratory world. Within the banality of getting through the day, we find the beautiful and the tragic. Forget the American dream, they are just trying to get through the next hour. 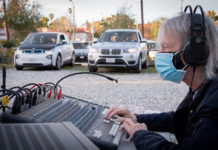 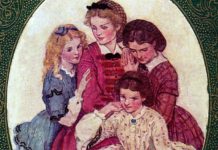 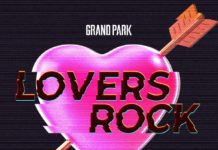 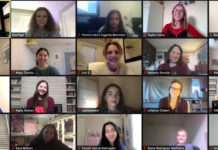 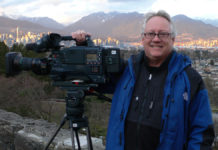 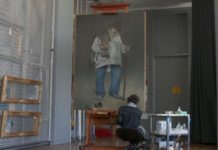