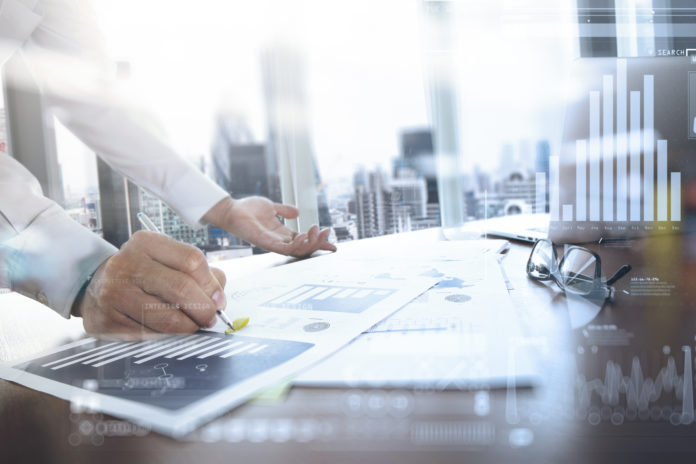 As of June 30 2019, according to the much-delayed draft opinion from South Pasadena’s auditor, the city’s financial statements “present fairly, in all material respects, the respective financial position” of the city. That’s the language a representative from the auditor, San Bernardino-based Rogers, Anderson, Malody, & Scott (RAMS), is set to present Thursday evening to the city’s Finance Commission.

The language, according to most sources, means the city received a “clean” or “unqualified” audit.

The report comes with a lengthy transmittal letter dated “August xx” signed by Finance Director Karen Aceves. “Overall, South Pasadena continues to remain in satisfactory financial condition thanks to a relatively diverse and stable revenue base,” she wrote.

Much of the text of the draft of the Comprehensive Annual Financial Report (CAFR)  is composed of boilerplate language identical to the city’s previous year CAFR, a fact that may account for why it incorrectly states the name of the city’s mayor and four of its department heads.

But not included in the package is a note from the auditor saying if it made any findings or recommendations with respect to significant deficiencies or material weaknesses. Significant audit findings and internal controls — the latter are at the heart of the Finance Department’s problems over recent years — are normally included in documents separate from the audit itself and given to an organization’s governing body.

The absence of the findings and recommendations came as a surprise to some, including Finance Commission member Ellen Wood, who said she will inquire about it at Thursday’s meeting.

Last June Aceves told the South Pasadenan News she already knew the audit would have at least two findings — fewer, she noted, than in recent years such as 2015, when there were five findings and 10 deficiencies. Also in June, former City Manager Stephanie DeWolfe said both previous city auditors and finance directors failed to bring to the attention of management that previously identified deficiencies were not being addressed, creating a backlog of many unaddressed problems that festered for as many as 10 years.

In a widely distributed email Monday, Josh Betta, the former South Pasadena finance director whose unsolicited June 5 report on the city’s finances triggered a cascade of controversy, called the agenda package “a terrible job of communicating with the public.” He complained the packet did not include RAMS’ “internal controls and management communications,” and didn’t explain why the CAFR was presented in draft form, calling it “incomplete staff work” at a critical time for the city. If the work is unfinished, staff should have been upfront about that, he said.

But it is worth noting that a draft CAFR without findings and recommendations was what the Finance Commission was given in April of 2019 in connection with its review of the 2018 CAFR. The findings and recommendations, including three material weaknesses and four significant deficiencies RAMS had identified, weren’t presented to the Commission until June 27, along with the management’s response. A month later, they were approved without discussion by City Council along with 15 other items on the consent agenda.

During that meeting, Councilmember Diana Mahmud asked Schultz if the new audit would address “the lack of reconciliation in some of the balances of some accounts.” Shultz said she was preparing a memo on the issue to send Aceves the following week. But that was the week Aceves departed on a family leave and it is unclear when and if she is returning. Her departure was followed less than three weeks later by the Council’s ouster of City Manager DeWolfe.

One notable datapoint in the CAFR is that while the city’s pension and unique Other Post Employment Benefit (OPEB) costs rose nearly 500 percent between FY 2012 and FY 2018, they were virtually unchanged in FY 2019, coming in at $48.5 million, slightly less than the $48.6 million in FY 2018, including a CalPERS increase that was less than half as much as projected in a 2018 report by CityGate Associates.

Nevertheless, in her transmittal letter, Aceves warned that the city will bear increased payments to CalPERS over the next five years and while some pension reform is underway, it will take 20 years to be fully phased in. “In the meantime, nearly every city in the state is struggling to fund the increases, with experts estimating many small cities will go bankrupt as a result.”

RAMS agreed projected pension and OPEB increases “remain serious concerns.” It noted the city has already committed $1 million of its General Fund balance to funding retiree benefits and prepaid the annual unfunded liability for both “classic miscellaneous and safety employees.”

Meanwhile, after three months of prodding and only days after DeWolfe’s departure, the city released to the South Pasadenan News two documents that are also puzzle pieces to the city’s recent financial travails: the Claro Report and a Finance Commission memo.

After the Betta report, the city decided to release the CityGate Report, a previously confidential document DeWolfe commissioned in April 2018 to examine the Finance Department and assess its management strengths in connection with her effort to restructure the department, and which she later said documented “a pattern of inappropriate accounting practices and internal control deficiencies.”

In August 2018, she commissioned a second report by the Los Angeles-based Claro Group “to review and identify accounting records related to a potential misappropriation of monies or fraudulent activity” between 2012 and 2018–a period DeWolfe later said covered “previous Finance Directors’ and City Managers’ tenure.”

DeWolfe previously told the South Pasadenan News the Claro Report was a confidential “forensic study” undertaken in connection with a personnel matter and composed of spreadsheets with considerable amounts of proprietary and financial data.

The city did not release the spreadsheets, but in a summary dated Sept. 14  2020, Claro Group said it reviewed the city’s outgoing checks, vendors, and cash receipts. Within certain parameters, it identified questionable vendors and transactions and sent these for review by the city, which in all cases deemed them “reasonable and appropriate.” The 9-page document has 22 redactions. It notes “Claro did not review any data, values or assertions not specifically addressed in this memo, and did not independently verify any information provided by the City of South Pasadena.”

The second newly released document is a Nov. 19, 2018 memo to the City Council penned by former Finance Commission Chair Frank Catania on behalf of the Commission expressing concern that DeWolfe’s Finance Department reorganization plan was not presented to it for review and recommendation prior to action by the City Council, “which has been the practice for many years.” Nor was the Commission notified the plan was on the Council’s Nov. 7, 2018 agenda.

The Commission understands the Council can direct the Commission “however and whenever it chooses,” he wrote. “However, the process employed for this most important matter placed the Commission in the role of reviewing the reorganization as a fiat accompli.”

The Commission’s post-approval review of the plan raised concern about outsourcing licensing services to HdL Companies without a competitive process and payroll services to ADP without a test run. The former deprived the city of a competitive pricing option, while the city’s transition to ADP has been a  famously difficult and ongoing trauma that burdened staff and contributed to delays rectifying the internal control problems and timely completion of the audit and budget.

The city’s failure to timely release the CityGate and Claro reports, and its action bypassing advisory commissions on critical issues, are among the reasons citizen mistrust of the city has grown in recent months. They were also among the issues addressed by all the candidates at this week’s city council candidate forum.