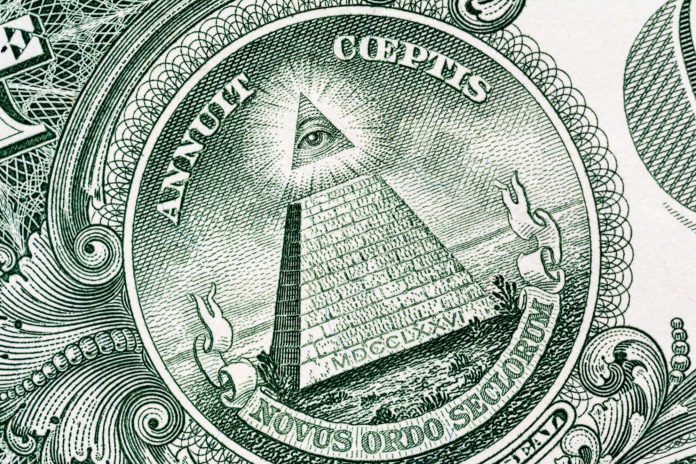 But it is unclear how much of the money was used to retain jobs in South Pasadena itself, or exactly how many were saved.

City records report 2,880 active business licenses, although 428 of those are simply licenses for apartment/dwelling units. The South Pasadena Chamber of Commerce says there are about 1,500 businesses in town.

By far the largest recipient of PPP funds in town was Total Education Solutions (TES) Inc., a 50-year-old, privately-owned special education organization and its non-profit affiliate, the Institute for the Redesign of Learning, which have locations throughout California and two other states. Together these organizations received between $7 million and $15 million and reported the retention of 835 jobs. But aside from those at their head office in the 625 Fair Oaks building, these firms have no employees in South Pasadena.

No one answered the phone at TES as on Wednesday, July 8.

Congress approved the forgivable PPP loans as part of the CARES act in March.

Some amount between $2.77 million and $4.06 million of the PPP funds went to 31 South Pasadena restaurants that reported retaining a total of 608 jobs. That works out to an average of between $4,556 and $6,678 per restaurant job.

The SBA identified 56 South Pasadena companies that got $150,000 or more in PPP funds but the amounts they received were given only as ranges. These recipients reported retaining a total of 2,623 jobs. SBA did not identify the names of the 580 companies that received $150,000 or less but did provide the exact amount each got. These companies reported using the money to retain a total of 1,920 jobs.

No one has an up-to-date figure for how many people are currently employed in South Pasadena. But the financial research firm YCharts, citing the Bureau of Labor Statistics, says that as of May 31 there were 11,007, a decrease of 3,672 — or 33 percent –compared to the four-year peak on Feb. 29 before the pandemic’s economic effects took hold. YCharts put the city’s unemployment rate as of May 31 at 16.3 percent.

Other large recipients include Collins, Collins, Muir and Stewart LLP, a law firm on El Centro St. that employs 60 attorneys at five offices throughout the state, received between $2 million and $5 million. The firm did not return messages seeking comment, as of Thursday, July 9.

South Pasadena Realty, Margo Chase Design Inc. and the South Pasadena Care Center — a quarter of whose residents have died of Covid-19 since March — each got between $1 million and $2 million.

According to the SBA data, 34 of the 636 PPP recipients in town self-identified as female-owned, though the vast majority did not identify their race, ethnicity or gender.

The SBA data, provided in spreadsheets, leaves certain details of the actual job impact somewhat unclear. For example, 55 recipients (the majority of whom worked with Wells Fargo), did not report a figure for retained jobs while 60 reported zero.

In addition, the tallies are slightly different if sorted, as in this article, by zip code (91030), then if by city (South Pasadena). For example, the address SBA gave for Little Beast Restaurant — a Colorado Blvd. restaurant in Eagle Rock that received between $150,000 and $350,000 — is a private home in South Pasadena.

Without the PPP funds and Economic Injury Disaster Loans the feds authorized, businesses in South Pasadena “would be in a lot worse shape than they are,” said Laurie Wheeler, Chamber of Commerce president. She said businesses were grateful for adjustments made to the program extending the period over which the funds could be spent and increasing the portion that could go to fixed costs, but they remain hopeful Congress will approve another round of funding.

“Anything the businesses can get is helpful,” she said. With restaurants shut down again and Covid-19 numbers going up, “there is panic retail will soon be shut down again,” imposing another “devastating blow.” Every month that goes by “people are getting further in the hole with rent,” she added.

The loans were divvied out through a total of over 70 different banks, led by Bank of America, JP Morgan Chase and Wells Fargo. Other banks with at least 20 South Pasadena PPP loans were Celtic Bank Corp., Crossriver Bank, US Bank, Customer Bank, East West Bank and WebBank. 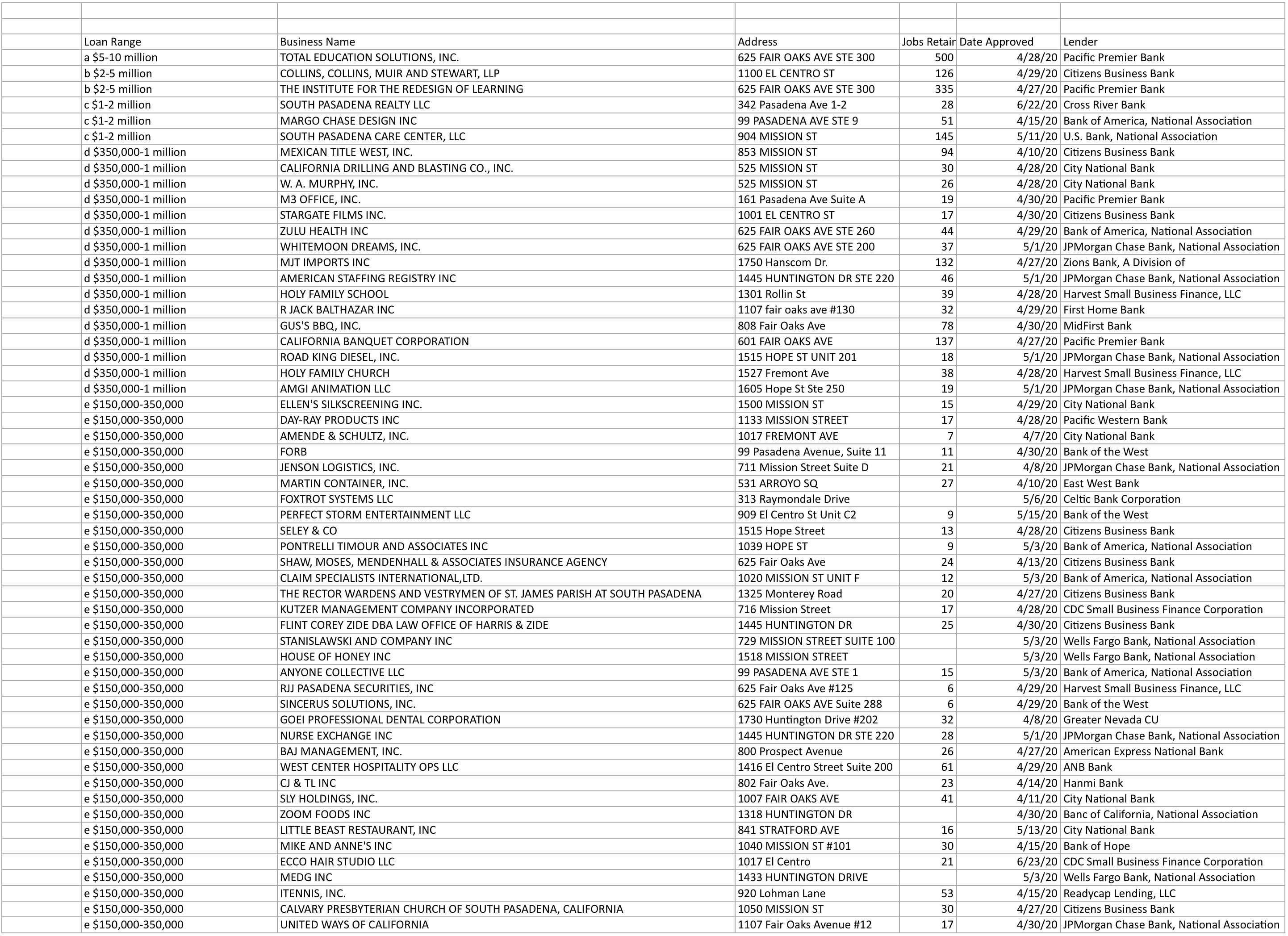 Note from the publisher: The South Pasadenan News, nor nexusplex the publisher has yet to receive any relief funding of any kind.  More applications are being submitted in July.  Red-tape and inaccurate responses from the bank are causing problems.  A small Google News Grant of $5,000 was ‘awarded’ to the South Pasadenan News, but the funds have not materialized as of yet.