The week of March 9, Young Stars Theatre was mid-way through their run of “Seussical Jr.” at Fremont Centre Theatre and rehearsing for their next show, “Wizard of Oz” when news of the global pandemic was getting darker and darker. The schools were not yet closed but something one of the young cast members said was the tipping point for musical director Gloria Bennett. “She said, ‘I don’t want to go home and give it to my gramma’,” explains Bennett, “if on the other side of this god forbid we lose the theatre, the space…Jack and I have re-started with no theatre, having a dedicated space, not having a space, creating one out of a strip mall, so many times; it’s a lot of work but I know we can do it if we had to. But when we’re talking about people’s lives, we knew we had to close for people’s safety.” They sent out an email on March 11 to all the cast families and within three days, Bennett, along with her director husband, Jack, had reconfigured and restructured their entire program to go virtual.

By that Monday, Gloria was teaching her full schedule online including a show choir class, private vocal lessons, sending out a refresher schedule for the Seussical cast and taking Wizard of Oz rehearsals to Zoom sessions on the weekends. As events unfolded it became clear that both productions would not be able to go forward as scheduled but because they already have the rights for the shows, the sets and costumes, the decision was made to keep Seussical ready to go and get Wizard ready to go so that once they are able to get back to the theatre, they will have two productions ready to mount!  Seussical will complete their run followed by a full four week run of Wizard of Oz. 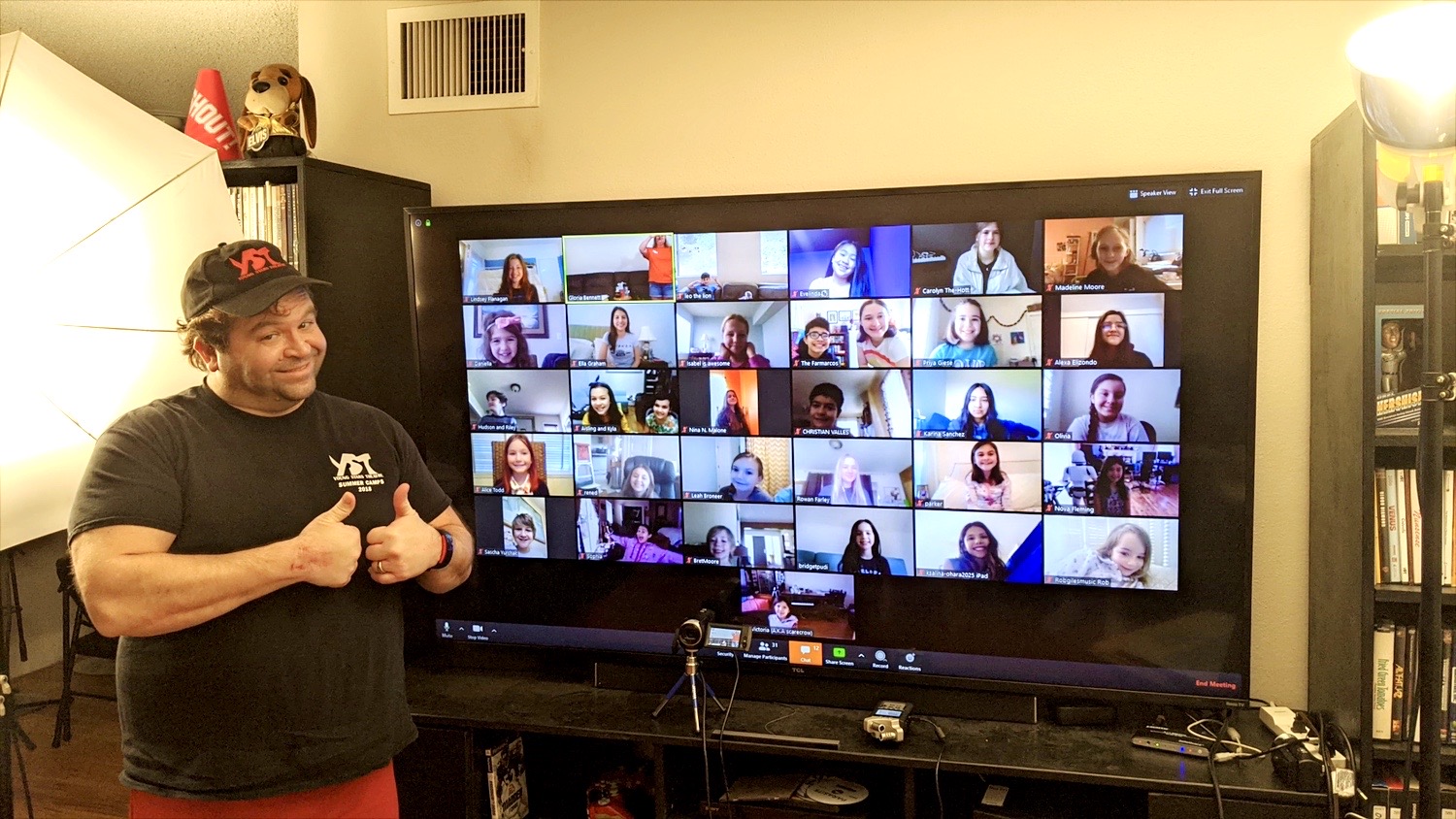 It’s been a mad genius combination of making choreography videos, conducting one on one sessions, scene sessions and then big, group zoom sessions where they go through blocking and run full numbers. Parent and choreographer Jennifer Farley says “Jack and Gloria made the transition so easy and made it simple for my daughter to keep up her excitement. It’s been a learning curve but it’s super fun and she loves theatre, loves Jack and Gloria and loves the Wizard of Oz! I find that all the kids are really loving it and taking it in stride.”

“Surprisingly” Gloria says, “we haven’t lost a single cast member from Oz, “they are at every rehearsal. It’s amazing. We actually did a full run through of the first act last Saturday! Because of the lag time on Zoom, we mute everyone for the group numbers; we play the music so they all hear it at the same time and they stand up, they do the blocking, they sing and do the choreography.  They worked on this stuff! They want to do this and to see them all going for it was really quite cool.”

Director and acting coach, Jack, says “the most challenging part for me and the kids is figuring out the spacial relationships; it’s difficult for me to know if they are really getting where I’m placing them. The language has to be much more specific. But the character work is the same. I’ll be curious to see how much of the blocking actually translated when we get back in the theatre. But we just tell them to be in a place in their home that number one has a good internet connection and where they have a bit of space to actually move.”

The kids receive direction and choreography videos that they work on throughout the week and then they gather for a “live” Zoom rehearsal on Saturday where, believe it or not, it comes together with great enthusiasm. Gloria says “it’s our intention to keep them engaged and active and on top of it, as much as they volunteer to be, and they are promised that we will indeed mount these shows.”

The Bennetts are already revamping their summer theatre camps to be complete virtual camps offering just about everything they normally do but online. The first camp of the summer is a three week camp that culminates in a full production of “The Sound of Music” which they will move forward with either right away if possible or when the theatre is next available. The other camps, if needed, will culminate in a fully edited virtual production. They have come up with an innovative way to pivot, survive and thrive in these tumultuous times. Once we are able to be in spaces together again, YST will be ready with three new shows ready to go and will audition for a brand new show. Leave it to artists to be creative!

Jack tells us they have applied for the SBA loans, like all the small businesses all over the country, but of course has no idea if anything will come through. So far they have been able to keep the boat afloat and have luckily had a few donations come their way. If you are able and inclined to support community theatre for kids, you may donate on their website YoungStarsTheatre.org where you can donate or purchase a gift certificate and find all information on their upcoming summer camps.