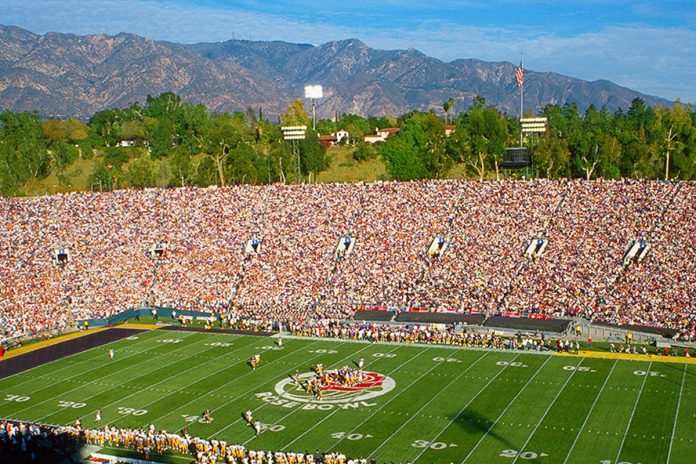 It’s called the Ultimate Tournament of Roses Experience and three top prizes are up for grabs.

South Pasadena Tournament of Roses officials hope community members will dig deep into their pockets to take part in a special raffle that could make New Year’s Day in 2020 extra special.

Alan Vlacich, a member of the South Pasadena Tournament of Roses Committee, is selling the raffle tickets for $100 apiece and the first prize winner in the drawing will win four tickets to the Rose Bowl Game on January 1, 2020 between the 40 and 50 yard lines. Second place will receive four VIP Rose Parade tickets in the reviewing stand. Third place earns $300 in cash.

“It’s all to help our committee raise funds for our city float in the Rose Parade,” explained Vlacich. “It’s one of a number of fundraisers we hold throughout the year to generate enough funds to pay for cost associated with out entry.”

Annually, it costs about $100,000 in flowers and materials to create the floral masterpiece.

The drawing will take place at a South Pasadena City Council meeting in November.

Only 200 tickets are being sold with the idea of raising $20,000 for the city float in the next Rose Parade.

Volunteers are busy working on the city’s float – “Victory at Last,” a salute to Women’s Suffrage, which has been selected as the theme for the city’s float, reflecting on the 19th Amendment to the U.S. Constitution granting women the right to vote, ending almost a century of protest.

Mike Mera, who created the rendering, returns for a second straight year in support of the South Pasadena float committee.

Elements on the float feature a scroll depicting the 19th Amendment, along with iconic period pieces representing women from the start of the movement, including hats and jewelry worn at the time.

Vlacich says making a donation to SPTOR is an easy way to help the float and potentially win top tickets to either the Rose Parade, the Rose Bowl Game or earn cash.

“This is a fundraiser that we have the potential to make $20,000 if we sell all 200 tickets,” he said, noting the total is nearly one-quarter the cost of building the city float.

The announcement of the winners will be made in November at a South Pasadena City Council meeting.