South Pasadena water customers will soon be served by a new billing company, Munibilling, after the sudden closure of Fathom (formerly Global Water).

There will be no change in the rates charged to customers and no interruption in water service.

South Pasadena operates its own water utility staffed by City employees, but contracts for billing services. The city was notified last week that Fathom was ceasing its business operations at the end of November.

“It was unfortunate that Fathom chose to wait until the 11th hour to inform us they were closing,” reads a statement from the city. “However, we were able to quickly find a qualified new vendor.” 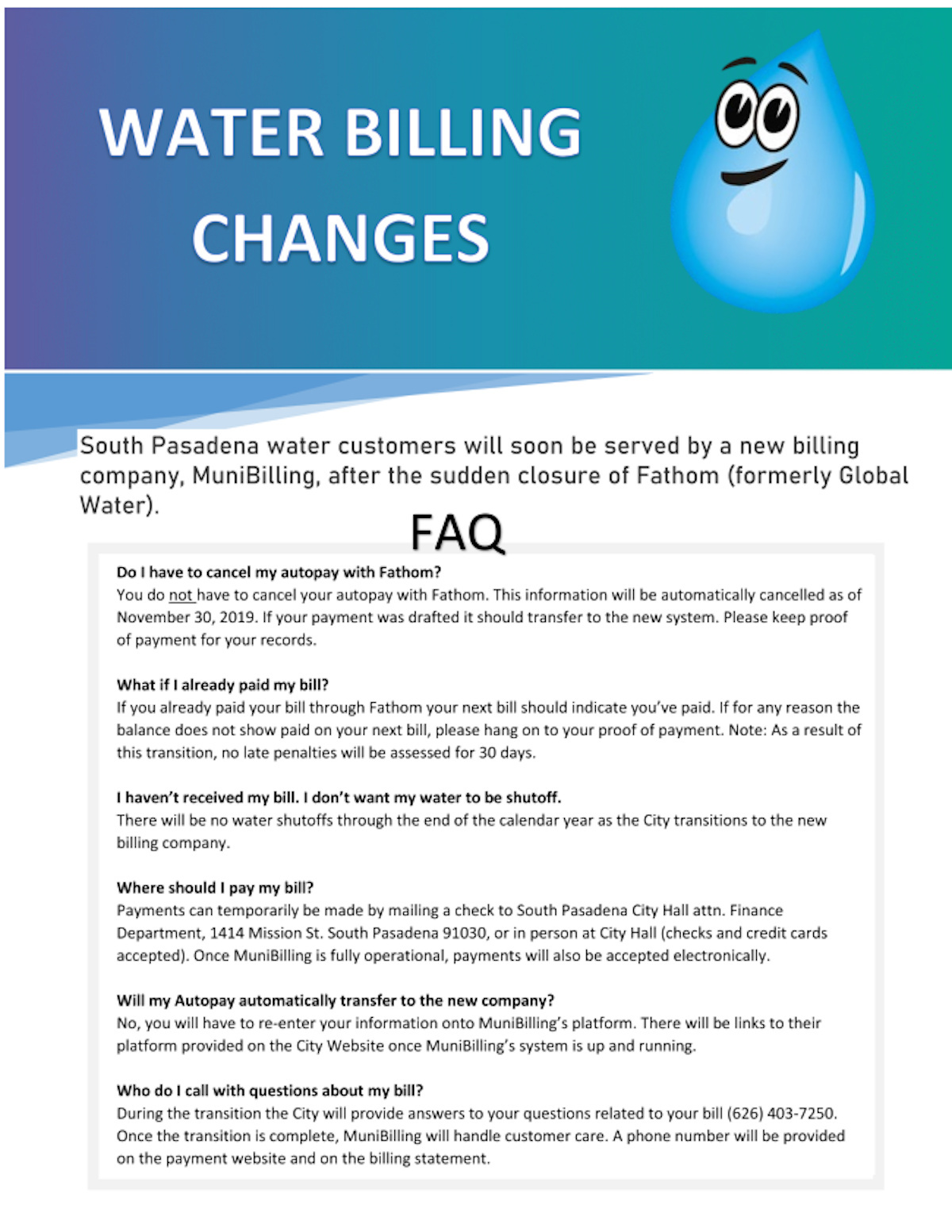