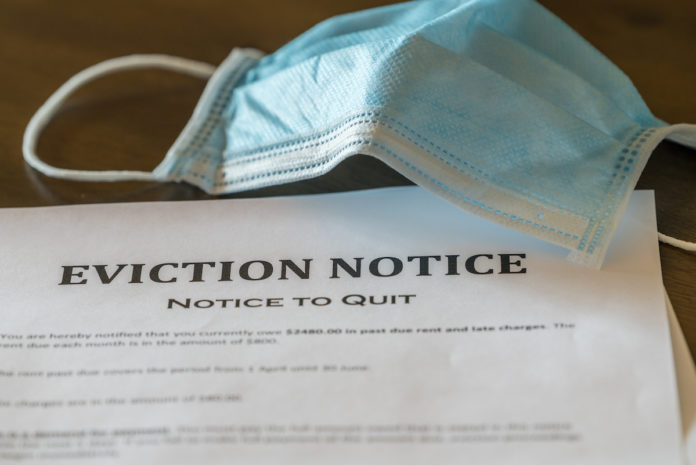 South Pasadena’s moratorium on evictions triggered by unpermitted renovation work will has been extended through mid-January, when the City Council will adopt an ordinance making the prohibition permanent. At its last meeting of 2020, the Council unanimously approved the extension despite considerable disagreement in the community over whether existing state law (AB 1482) already offers tenants such protection.

The Council also decided to give staff and the Planning Commission a couple more months to craft an ordinance setting relocation assistance payments to tenants in good standing who are evicted for so-called “substantial remodels.”

Assembly Bill 1482, signed last year, requires assistance payments equal to one month’s rent, but there are a range of factors to consider and while some San Gabriel Valley cities stick with the state level, others such Pasadena, Glendale, Burbank, Los Angeles and West Hollywood have adopted ordinances that go beyond the one-month requirement.

So many recorded comments from citizens were lodged before the hearing that the Council elected to cut them off after 30 minutes, by which time about two dozen had been heard. There were also 9 written comments. The hearing was continued from last month when a dozen comments were received.

Representatives of the Apartment Association of Los Angeles, California Apartment Association and Pasadena Foothill Association of Realtors each called in to reject city staff’s notion that there is a loophole in the eviction for substantial remodel without permit. PFAR’s Rian Barrett called the moratorium premature and perhaps illegal, adding its consequence will be to push out from the market the “mom and pop” landlords who own only a handful of units, hastening the deterioration of housing stock.

Many advocates read from a script that complained the apartment associations had been “successfully stalling a vote” on the prohibition for months and demanding action.

To the contrary, representatives of city said the delays were aimed at doing more outreach to gain input from both landlords and tenants. The staff report provided a summary of issues raised by both; identified areas of agreement–such as that more education and outreach needs to be done to better inform all parties on the details of the housing law; and “misconceptions” — such as about what constitutes a “substantial remodel.”

Tenants worry the state law does not explicitly require landlords to get permits before serving remodel eviction notices or require details about their scope, duration or why they cannot be done without the tenant vacating. Landlords feel requiring permits is punitive and burdensome, and that occupancy presents a range of problems for the efficient scoping, permitting and execution of remodeling. But they agreed those exploiting the rules for greater profit should be penalized.

Joanna Hankamer, director of planning and community development, said while there have been instances of evictions for remodel without permits, it is unclear how extensive the problem is. “There is no way of monitoring,” she explained. But she said the “biggest” type of code enforcement action the city undertakes is unpermitted construction, and that the city hopes soon to have an online system allowing tenants and others to be better track prospective permit requests.

Also in response to questions form Council Member Jon Primuth, Hankamer said there is a concern that a wave of evictions may be coming as covid-inspired state and federal eviction moratoria may soon be lifted.

This is a developing story, please stay tuned for more updates

A World Less Certain | The Search for Extraterrestrial Intelligence