The much-anticipated arrival of local JONES Coffee Roasters is right around the corner.

On Thursday, March 14th during the South Pasadena Farmers Market, the new JONES Coffee location on Mission Street will be holding a ‘soft opening’.

According to owner Chuck Jones, it’s a chance to get a feel for the crowds and acclimate the baristas to the epicenter of South Pasadena.

For Thursday’s Farmers Market: The new JONES Coffee South Pasadena locale will be serving coffee, coffee drinks, Fosselman’s ice cream, and grab-and-go snacks. It’s a semi-secret social gathering that you, the reader, are now in on. 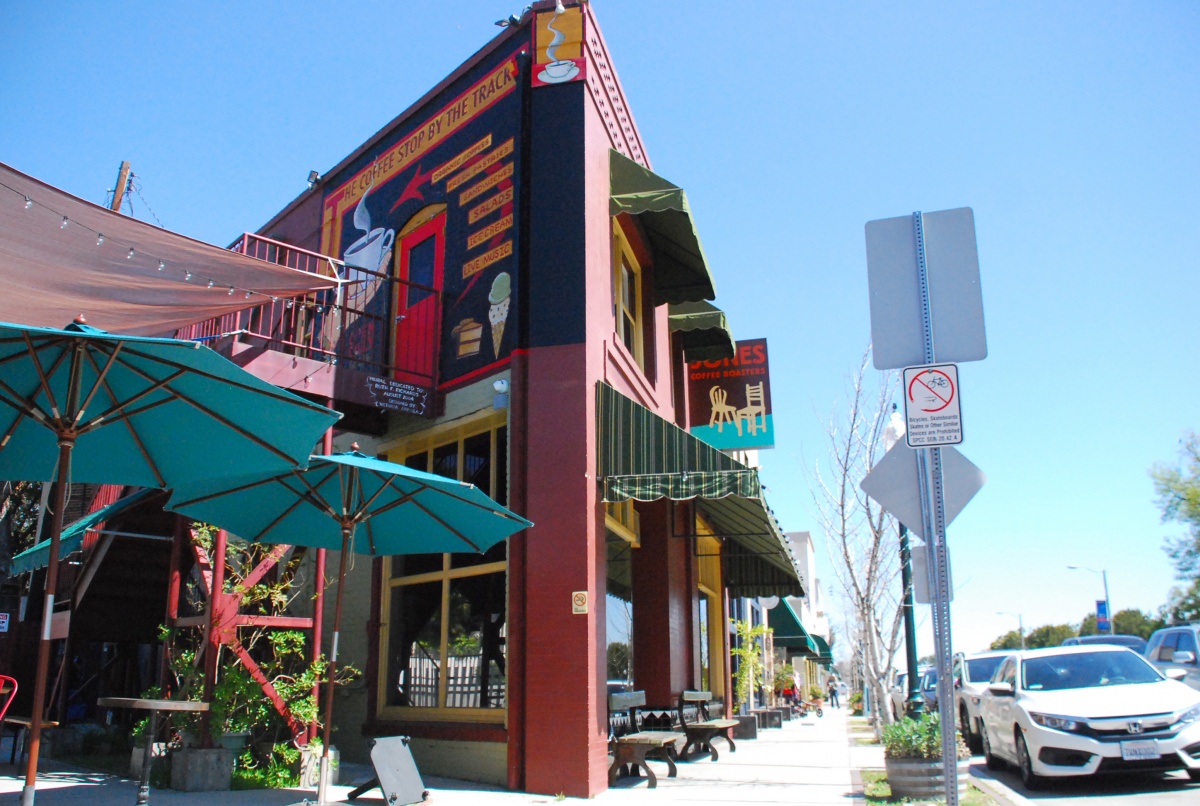 Founded by Chuck Jones, The Pasadena roaster has spent over two decades honing the renowned coffee chain’s craft with exceptional brews supplied from direct traders with over a century of experience and passion for the product.

Jones emphasizes the importance of building community and is excited to be joining a town with a mutual sense of togetherness.

In almost poetic fashion, the very same location was an influential part of Chuck’s fledgling pursuit in coffee roasting as a young man:

“I was 23 years-old, so for twenty-five percent of my life there was this killer coffeehouse in South Pasadena that Monica had started, naming it after her son, Buster, and then her sisters, Collette and Renee got involved and it evolved into this institution in South Pasadena,” Jones explains as a Gold Line train passes the iconic building, “it was my first exposure to a local coffeehouse.”