They call it “six degrees of Cindi Knight”; the phenomenon where just about everyone in this town has some kind of connection to Knight and Girl Friday, whether you’ve worked for her, your teenager has worked or interned, you’ve volunteered at AV, the middle school, high school, Boosters, SPEF (the list goes on) or have been the beneficiary of the Girl Friday services. The company had its inception in 2012 when Knight’s creative service business had begun to slow down and she was a busy mom of two.

“Things changed, the economy changed, and I had a conversation with a friend that got us talking about needing a Girl Friday” explains Knight, “I had heard about concierge services but I wanted our twist to be that everybody, especially everyday people, are the ones who really need help.” She goes on to say, “ people who are in the upper echelons are used to having help. In so many families, both parents work, so they need support, they need a third hand or a second wife or whatever you want to call it, because times have changed.” Recognizing that living here pretty much takes two incomes and many families don’t have extended family living nearby, Knight saw a gap that very much needed to be filled.

But what is a Girl Friday exactly? She is described as a person who gets things taken care of, one you rely on when you are in need of extra assistance, a jack of all trades, capable of almost anything. It first appeared in the vernacular as Man Friday, as in a loyal manservant, which comes from the book Robinson Crusoe; the famous castaway named his devoted companion Friday for the day of the week when he found him. Girl Friday became popular through the 1940 Cary Grant and Rosalind Russell film, His Girl Friday. “Jack of all trades” most certainly describes the myriad of services Girl Friday offers and by the way, they do employ a fair share of Man Fridays as well!

Knight hails from Rockport, Massachussetts and brings that no-nonsense, get ‘er done attitude to Girl Friday and all she does. Friends and colleagues alike know they can count on Cindi Knight, and that is no small thing in this world. After graduating from University of Wisconsin, Knight was a social worker in New York City and made the move to Los Angeles in 1992. Finding no social work jobs in LA, she landed at a marketing firm which led her on, as Knight says, “this whole crazy path of then doing creative services and starting my own company when my son was three.”

Knight’s goal is to support families and has expanded to include small businesses, which she sees as families too; to be able to give them support that’s affordable. In her opinion “it shouldn’t be seen as a luxury because it’s actually something that we all need.”  Whether you need someone to be home to greet the repairman, address and mail Christmas cards, a dinner party organized and staffed, furniture moved, children picked up, pets fed and walked, meal delivery, an attic de-cluttered, errands of all stripes that need to be done, and so much more including home clerical work, handyman services and the difficult, very personal work of organizing and preparing a home when a loved one passes on, the intrepid women, men, and young people at Girl Friday are there to lend a hand.

In a community of so many transplants Knight says she seeks to be “that missing piece that families need and, to that end, we integrate with families and become part of the way they function.” Knight loves what she does and believes her background in social work has been a driving force behind her desire to be useful and to help people. “We often make a difference for people in a small way, but at the end of the day, it’s big, because you’re helping a family function better, you’re helping a family spend more time together.”

A client once told her, “you’re giving me my time back.” 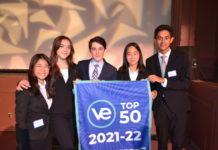 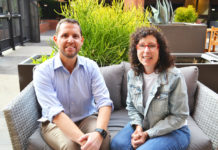 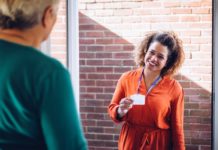 What Key Skills Do You Need to Become a Social Worker?