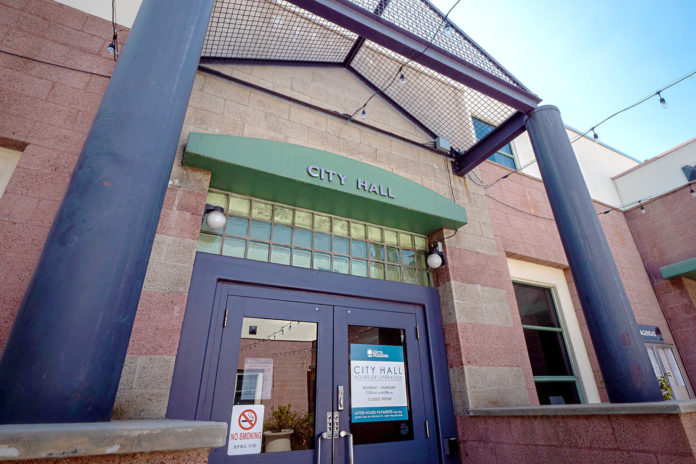 South Pasadena reached the end of the appeal road Wednesday when the state Supreme Court denied its petition for review of a lower court ruling under which it must reinstate fire engineer Owen Cliff Snider, who was terminated in December, 2016 while serving as President of the city’s firefighters union, Local 3657. It must also make good on back pay that with interest will likely total well over a half million dollars.

Without comment, the court denied review of a Feb. 26, 2021 appellate ruling which in turn upheld a Jan. 20, 2020 decision of the California Public Employment Relations Board. In a decision that will now stand as precedential, PERB concluded the city terminated Snider “in retaliation for engaging in statutorily protected [union] activity.”

“After several years spent seeking justice, I am so happy that the Board’s decision has been upheld and that I will be returning to work with the Fire Department,” Snider told the South Pasadenan News in a statement. “It means so much to both me and my family that I will be going back to a job that I love.

“It has been an honor to serve the citizens of South Pasadena as a Fire Engineer, and to serve as an advocate for my colleagues in the Department as union leader,” he added. “I am ready and eager to get back to both roles as soon as possible.”

Snider worked for the Department for 12 years and the city “constantly rated his performance as excellent and highly professional,” said Diana Nobile, an attorney who represented Snider. “The city will be lucky to have him back on the job.”

The city did not by deadline respond to a request for comment and information on how it will cover the cost of the judgment.

PERB General Counsel Jose Felix De La Torre told the South Pasadenan News the next step is for the Board to initiate a “compliance project,” under which a PERB attorney will follow up with the city to ensure it “complies with every provision of the order.” That process will determine exactly when Snider returns to work, but it could be as little as a week. “It is usually in the employer’s best interest to reinstate as soon as possible” since back pay continues to accrue, he noted.

Determining the amount of back pay and benefits will take longer as it requires running calculations and formulae to account for pension, 401Ks or other benefits. When he was dismissed in December 2016, Snider was earning annual pay and benefits totaling $117,418, according to Transparent California. Under the PERB order, the city must pay 7 percent interest on what it owes Snider.

In the PERB and court proceedings, the city was represented by the Los Angeles law firm Liebert Cassidy Whitmore, which is separate from its principal legal counsel, Colantuono, Highsmith and Whatley. Since Snider’s formal termination in December 2016, according to public records, the city has paid LCW over $764,000 for unspecified “personnel matters.”

Frank Lima, a long-time LA Fire Department Captain and the newly elected General Secretary-Treasurer of the International Association of Fire Fighters, said he’s been “living” the Snider case since it commenced during Lima’s term as vice president of IAFF’s District 10, which encompasses much of the southwest. IAFF attorneys represented Snider.

“I have a lot of emotion on it,” he told the South Pasadenan News. “There would be a lot of frustration if I was a taxpayer in South Pasadena.” That’s because Snider attempted “multiple times” to settle with the city, including shortly after the PERB’s January 2018 hearing. But “it seemed the City just hunkered down, never wanting to come to the table,” thereby seriously running up its legal costs, he said.

Snider’s actions “maybe” called for a reprimand or a few days suspension, Lima said. But termination “wasn’t even close on the scale. This [was] as far away from that as anything I’ve seen in my career.” He also criticized former Fire Chief Mario Rueda’s handling of the case, saying Rueda did not review Snider’s medical records and rejected an independent investigator’s report recommending that Snider be retained.

“I am really happy that justice was finally served,” Lima concluded.

The investigation began in June 2016, a month after Snider, then President of the South Pasadena Fire Fighters’ Association, demanded the city bargain over its plan to impose a light duty policy that had never previously been department policy. The city argued such a policy had been in place since 1999 and that in any case, light duty was not subject to bargaining.

The investigation concerned Snider’s use, five months earlier, of paid leave for a work-related back injury during which he participated in an eight-mile obstacle race. Then-deputy Fire Chief Paul Riddle and then-Capt. Chris Szenczi testified they considered Snider’s participation in the race a “serious matter,” but took no further action.

“The City’s assertions that Snider committed serious transgressions rings hollow when it took no action to investigate those transgressions until months later,” wrote Eric H. Cu, the PERB administrative law judge who reviewed the case. “[T]he city took steps toward terminating Snider’s employment soon after significant developments” in both the bargaining process and related unfair labor practice proceeding. Moreover, he said the city “did not demonstrate that Snider engaged in misconduct.”

This week the city approved a $6.27 million FY 2021-22 budget for the Fire Department that includes 22 fulltime positions–including six fire engineers. Both figures are unchanged from FY 2020-21. The budget documents did not indicate what if any provision was made for Snider’s reinstatement.