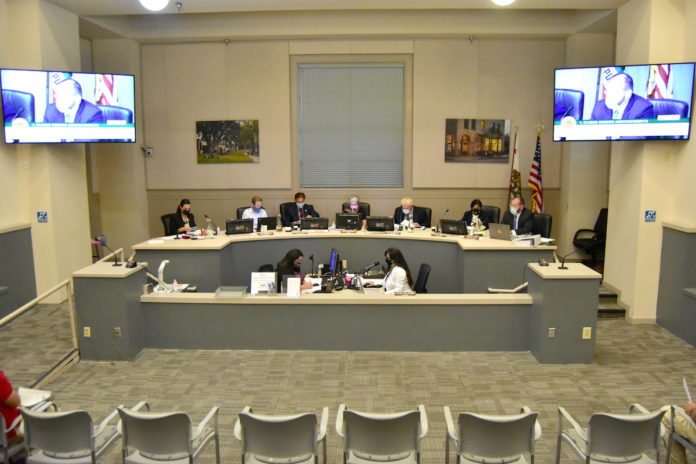 The City of South Pasadena on Tuesday announced it will dump Placeworks, the planning contractor it’s relied on over the past two and a half years to develop its mandatory Housing Element (HE), now that the state Department of Housing and Community Development (HCD) formally rejected the City’s third attempt to get the critical planning document approved. The City will also add an additional $100,000 to a $25,000 contract with Grant Henninger, owner of Mobius Planning–who was recently put in charge of managing the City’s Placeworks contract–to complete the work.

The action will take place at a hastily-called special city council meeting just ahead of the regular meeting tonight at city hall.

Until this week, the City was set to increase Henninger’s contract only to $50,000, but that was when it still expected HCD’s conditional certification of its HE. Under the expanded agreement, Henninger must complete a fourth draft of the HE by December 13, conduct public input and meeting sessions and, if necessary, prepare a fifth HE draft.

“Considering the City must now submit a 4th draft, staff recommends terminating the contract with Placeworks and shifting efforts to Mobius,” according to a staff report prepared by Angelica Frausto-Lupo, South Pasadena Community Development Director.

Henninger, who is also a subcontractor to CivicStone, the City’s Caltrans housing consultant, “has been managing the City’s consultant (Placeworks) and providing new perspectives, ideas, and strategies” to ensure the certification of the City’s housing element, according to a related staff report.

The City approved a 21-month, $267,598 contract with Placeworks’ Los Angeles office to complete the housing element update back in March 2020. Placeworks has held at least two other contracts in connection with the City’s six-year effort to update and finalize its General and Downtown Specific Plans, of which the housing element is a part. By its own account, the City’s effort has been plagued by delays “due to departure of staff and consultants”—a problem Placeworks was originally hired in 2019 to fix.

At 6:30 on November 9 at South Pasadena City Hall, the city is set to host a special meeting of the city council and planning commission focusing on the housing element situation.

On October 28, HCD formally rejected the City’s third attempt to file a satisfactory HE, further extending the period–now over a year–during which the City has been out of compliance with state housing law and exposed to various risks.

For example, as long as the City remains out of compliance, developers can file for “builder remedies,” under which applicants seeking to construct housing developments that meet certain affordable housing thresholds are able to override the city’s development standards.

Odom Stamps, spokesman for Greenbridge Partners, which is acquiring property along Grevelia Street to expand a previously approved, 86-unit senior housing project at 625 Fair Oaks Avenue that will ultimately have a total of 59 affordable units, told the South Pasadenan News Wednesday the company is likely to be the first developer to seek a builder’s remedy permit in South Pasadena as early as this week.

In addition, without a compliant HE, the City is ineligible for a raft of state, regional and federal funding programs, including the Caltrans SB 1 Sustainable Communities grant, Strategic Growth Council Funds, HCD’s Permanent Local Housing Allocation (PHLA) and others.

During 2020-21, the City got over a quarter million dollars in SB 1 grant funds to support its Active Transportation Plan; it’s previously received $74,651 in PHLA funds and earlier this year was hoping to get another $116,808.

The housing element—part of the City’s General Plan—is also required to meet HCD’s regional housing needs allocation (RHNA) mandate that the City be able to accommodate 2,067 new, mostly affordable housing units over the next eight years. It must be certified by HCD and adopted by the city council. Because the City failed to adopt the HE by the deadline, it was required to complete the zoning changes by Oct. 15, 2022, but it has not done that either.

He said HCD wants more details on growth constraints the City identified at four sites: the Pavilions parking lot; the liquor store at Monterey and Pasadena; a city-owned public works yard at Mission and Meridian; and the office building and parking lot at Fair Oaks and Bank. It also wants changes to the city’s inclusionary housing regulations, its prospective building height initiative, and extensive zoning changes to ”reduce or modify” development standards and permit approval findings. It wants the City to take broader steps to promote fair housing opportunities, and raise the number of units that can be made available over a five year period.

The letter, while demanding revisions to the City’s HE, did not spell out any additional deadlines or consequences for the City’s non-compliance.

Matthew Gelfand, counsel to Americans for Homeownership, a non-profit entity of the California Association of Realtors which this year sued the City for its failure to adopt a compliant HE, said as long as the City is making progress, HCD is unlikely to take any adverse action against it.

A settlement AFH and the City reached in August set the new December 13 deadline for the 4th HE draft. If HCD approves it, the City will have 30 days to adopt it. If HCD rejects the fourth draft, the City must come up with a compliant HE within 45 days of that rejection–but in no event later than May 31, 2023. After adoption, the City will have 120 days to actually amend its zoning code.

Also under the settlement, the City by the end of 2024 must submit to its voters a measure to repeal of the City’s 45-foot building height limit, at least for any of the high-density sites listed in the HE, defined as providing at least 50 units per acre; it also must sell any city-owned sites for housing development—a provision aimed at ensuring the City does not merely sit on prospective housing sites; and it must provide additional evidence to demonstrate that identified housing sites currently being used for non-housing purposes—such as a supermarket whose owners merely assert that they are open to some future redevelopment–will in fact ultimately become available.

Gelfand said if the City misses the May 31, 2023 deadline, the parties will likely talk about amending their settlement. But he said that is premature. Speaking before the City announced its plan to fire Placeworks, he said “I think the City is making significant progress and am optimistic it will have its housing element in place by that time.”

“I don’t want to look in the rearview mirror,” he said about the City’s performance to date. “I think they are sincerely working to get a compliant housing element in place.”