Pasadena’s Camille Kennedy of La Salle College Prep will reign as the Rose Parade Queen in 2020. 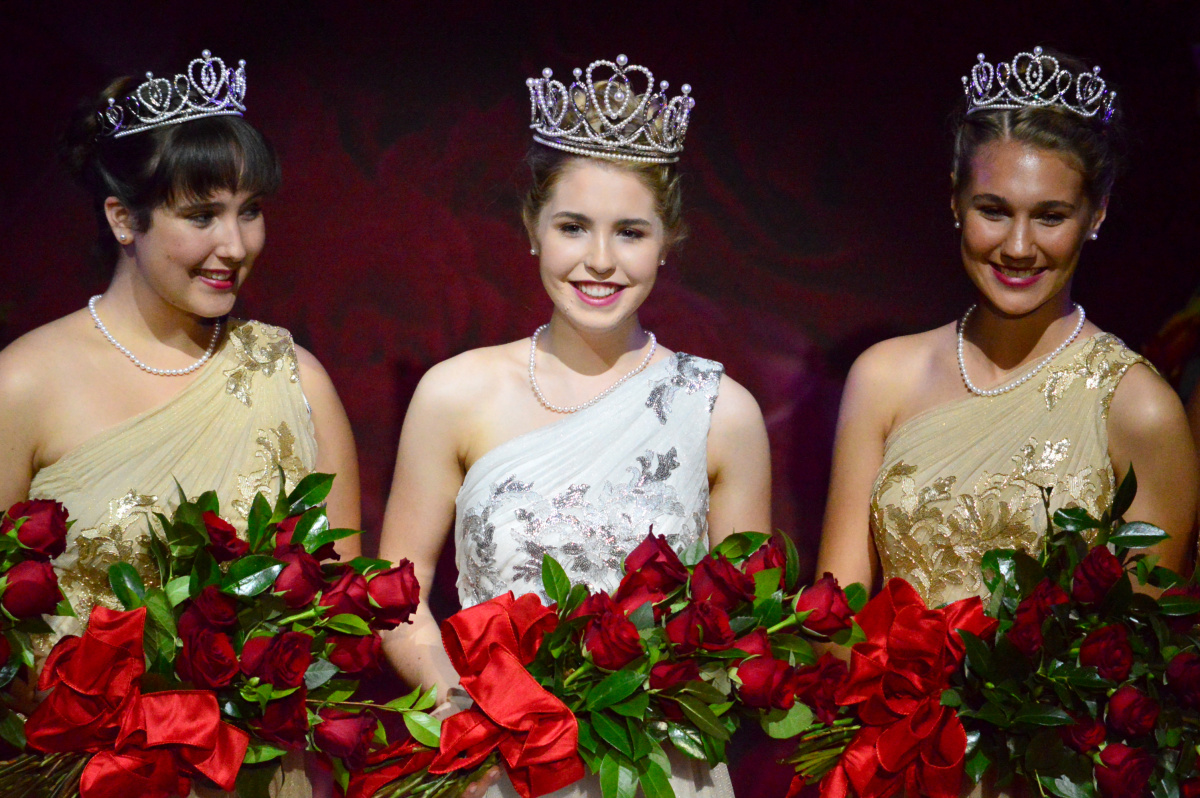 Camille Kennedy (Queen) is a senior at La Salle College Preparatory and lives in Pasadena. She is currently a member of her school’s drama/musical theater troupe and has been featured in three productions, including a lead role in the spring 2019 musical, “City of Angels.” Camille is a member of the afterschool choral group and the Support Our Troops Club. Camille enjoys listening to music, performing in theater productions with friends, cooking, and hitting the gym with her dad. She plans to pursue a liberal arts degree in Japanese linguistics, social sciences, or culture and media studies. Camille is interested in going to college in Japan, with Waseda University in Tokyo and Asia Pacific University in Kyushu as her top choices. Camille is the daughter of Tim and Jennifer Kennedy; she has two younger sisters, Ava and Esmé.

Emilie Risha is a senior at Flintridge Sacred Heart Academy and lives in La Cañada. Emilie is involved in her La Cañada Flintridge Community as a Girl Scout, summer camp counselor, and player in Saint Francis High School Theatre. She is active at her school, serving as a school admissions Ambassador, Treasurer of the Young Writers’ Society, a board member for the Cooking and Gardening Club and Library Advisory Board, and a player for ComedySportz. Emilie enjoys interacting with children, listening to Joni Mitchell, and expressing herself through writing and dance. Emilie is interested in attending University of California, Los Angeles, Loyola Marymount University, University of California, Davis, or Chapman University to study Linguistic Anthropology. Emilie is the daughter of Elizabeth and Janah Risha; she has three sisters, Lauren, Allison and Isabelle.

Rukan Saif is a senior at Arcadia High School and lives in Temple City. She is currently an online teacher with the JAAGO Foundation, president of the My Friend and I Club, National Honor Society vice president, a captain of the Speech and Debate Team, Senior Men and Women secretary, a member of the Constitution Team, and her school representative at the Girls’ State Conference. Rukan enjoys spending time with loved ones, playing the marimba, writing poetry, and hiking. She plans to study American studies and history in hopes of later working towards a graduate degree. Rukan is interested in attending Georgetown University or the University of California, Los Angeles. Rukan is the daughter of Saif Haroon and Rumana Rashid.

Reese Rosental Saporito is a senior at Marshall Fundamental School and lives in Altadena. She is currently a member of the varsity soccer team, International Thespian Society, National Honor Society, Unidos, Mock Trial, the Drama Council clerk, a Posse Scholar and AYSO Soccer captain. Reese enjoys musical theater, soccer, and participating in Moorpark Teaching Zoo Junior Safari program. She plans to become a lawyer with a science background, while staying involved in community theater. Reese is interested in attending Northwestern University or Georgetown University. Reese is the daughter of Chris and Dori Rosental Saporito; she has one sister, Maya.

Bio’s provided by the TOURNAMENT OF ROSES®