Our native daughter, Naomi Hirahara, has written a new cozy mystery An Eternal Lei: A Leilani Santiago Mystery (Prospect Park Books, March 22, 2022). She is the critically acclaimed author of the historical mystery Clark and Division and the Mas Arai cozy mystery series.

We chatted with her about growing up in South Pasadena and how her local education influenced her to pursue writing as a vocation.

Did growing up in South Pasadena jumpstart your interest in writing?

My fourth grade teacher at my elementary school years at Loma Alta Elementary School (now defunct) in Altadena first gave me a thirst for writing stories. I moved to South Pasadena immediately after fifth grade and I can remember my sixth grade teacher at Oneonta Elementary School (also now gone) giving me a platform to read a short story I had written—all in Southern dialect—to the class.

Later, my AP English teacher in South Pasadena High School encouraged me to read such Japanese classics like “Tale of Genji.” We also read Arthur Miller’s play, “Death of a Salesman,” a work which made a profound an effect on me. I also wrote for the school newspaper and was co-editor of the creative writing journal. I think those activities cultivated my interest in editing and publishing.

As a fellow SPHS Alumni, did any particular teacher influence you to pursue your passion for writing?

My AP English Genevieve Murguia challenged to read deeply and widely. To build a strong foundation to become a writer, you need to read a lot. Through her, I was introduced to books by Doris Lessing, a British novelist who would go onto win the Nobel Prize. I think my reading was more sophisticated in high school than it is now!

Teas of all kind! And popcorn. Both aren’t good for the teeth.

What is the most difficult part of your artistic process?

Those times when you have doubts in your writing abilities. Certain books, like movies, are not meant for everybody. You need to have a thick skin and understand that all you need is enough readers, not necessarily all readers.

What comes first for you – the plot or the characters – and why?

Characters, usually, but not always. It depends on the book. A writer like Stephen King comes up with the scenario — what if — and then the characters develop from that premise. That happened with my latest historic novel, Clark and Division. 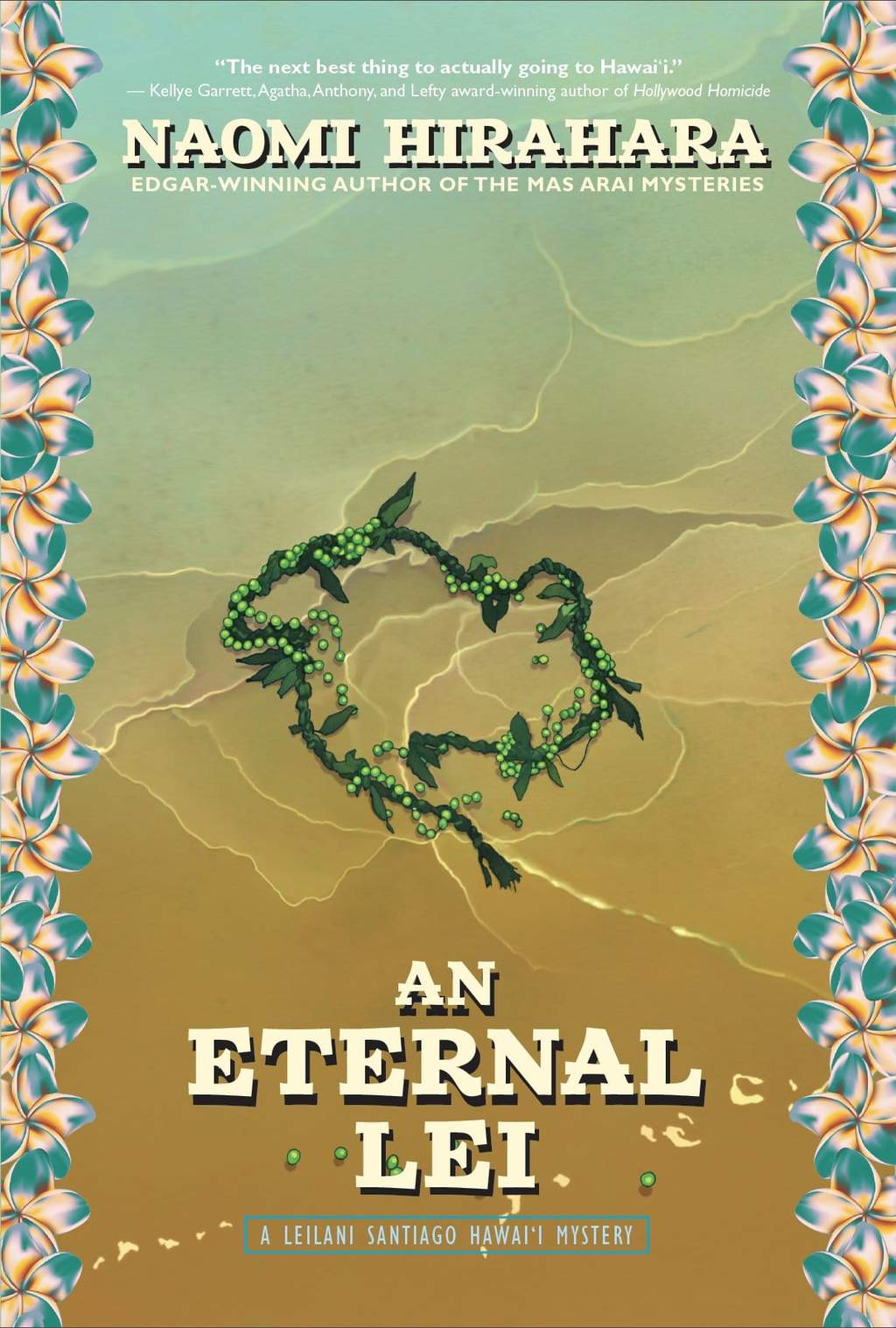 With the Leilani Santiago series, the character, this cranky twenty something college dropout in Kaua’i, came to me first before the plot. I think with more traditional, lighter mystery series, the writer always begins with character. It’s difficult, actually, to come up with new ways to kill people and plot lines can be limited, so what makes these stories distinctive are character.

How much research did you need to do for your book?

Again, it depends. I try to pick subject matter that I’m already familiar with, either through personal experience or study. I also write nonfiction books so I often steal from myself. My historical set in Chicago required visiting the city and doing a deep dive of oral histories and document.

With An Eternal Lei, I had to do more online research because the pandemic limited travel to Hawai’i. Luckily, the mayor of Kaua’i did a lot of TikToks plus I could watch local Hawaiian newscasts on YouTube. Technology has certainly helped bridge the geography gap.

What inspired the idea for the book?

For this second Leilani Santiago book, I knew the focus would be on her best friend and her new marriage. I was first thinking of it beginning with a wedding in Kaua’i, but then the pandemic hit. I spoke to my editor, Colleen Dunn Bates, and she encouraged me to set the book during the pandemic, as it so drastically affected tourism to the islands. It started from there and actually became a more interesting book than I had originally conceived.

If you could meet your characters, what would you say to them?

If I met Leilani Santiago, I’d tell her to give herself a break. She’s hard on herself. She thinks that she’s a failure because she’s had to return home without much success on the mainland. But Leilani is the one who’s supporting her family, specifically her mother with MS, three younger sisters and a father who is a recovering alcoholic. She’s doing just fine.

Attend a virtual event about An Eternal Lei with the Torrance Public Library on Wednesday, March 23. Send an email JShimonishi@torranceca.gov to receive the Zoom link.

Meet Naomi in person at a joint event with Gigi Pandian at Vroman’s Bookstore on Thursday, March 24.

Join the conversation with Naomi and Sarah Kuhn at the Japanese American National Museum on Saturday, March 26.