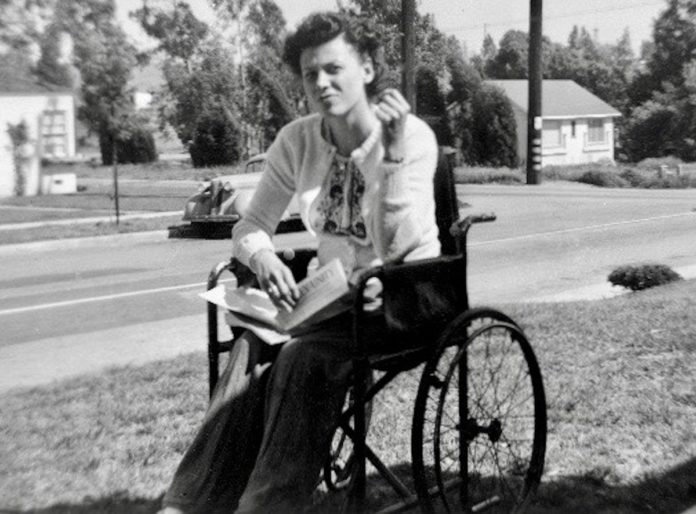 During times of darkness, the written word can burn so bright that it lights the path to a common understanding. Despite those who claim “we are all in this together” during the pandemic, we’re not. It takes open-minded, righteous traitors to produce avenues for lasting change.

It takes an army of Willa Js.

Grammy was no commie or communist sympathizer. Nor was she a Socialist. She saw herself as a dedicated Libertarian.

Willa J was a prolific letter writer. Her words were a crucible of ideas she believed would change the world, “one ill-informed conservative at a time.”

I asked her why she spent so much time writing letters. Her reply captivated me, “Ricky dear, I spend most of my waking hours in this wheelchair. A prisoner in my own home.” She grabbed a fist-full of letters, holding them close to her face, then mine. “With this, my ideas can travel.” Adding: “As long as my mind and fingers are free to roam, I’ll be reading and typing and sending letters. Words on paper. The greatest power there is today.”

We never talked about the auto accident that nearly took her life and left her paralyzed from the waist down. Her wadded up car and body lay on a steep hillside that overlooked the Pacific Ocean. The first responders thought she was dead, but Willa J was not through yet. “There is a whole lotta agitatin’ to do before I leave this place,” she told me while rattling a fist of letters and staring upward as if summoning the Gods of Smith Corona (her pink typewriter manufacturer).

Grammy ruffled plenty of feathers with her outspoken progressive orations, mainly when family members were captive over dinner and dessert. Everyone grew to expect another fiery rant. Those who mocked Willa J’s words in her presence paid the ultimate price: no dessert! Meanwhile, my parents treated Willa J like the odd bird she so clearly was. They shared with me their disgust over her “extremist views.” Their mini-lectures – never uttered in her presence – were designed to debunk her “out-of-touch notions.”

Family members and neighbors referred to Grammy as “Wheelchair Willa” and “the cripple.” I was told Willa’s letters wouldn’t change any minds.

My enduring memory of Willa J is watching her sit at her secretary desk. Her arthritic fingers, slim as pencils with inflamed marble-sized joints, pounded away at the keys. Her joy of writing killed the pain. When I would come up beside her, she would stop and read to me from a fresh stack of letters.

Exchanging letters with John Wayne was Willa J’s big fish story, or so the rest of the family believed. I knew otherwise. Before her death, she handed over a box of his letters to my mother for safekeeping. When I read them aloud to my children nearly a half-century later, I heard her voice reading them to me.

Wayne tried to persuade my grandmother that Communism is an evil that justified America’s military intervention in Vietnam. “Mrs. Armour,” Wayne wrote, addressing her with increasing exasperation, “I repeat, we are at war with international Communism. They have a way of focusing people’s attention away from this fact, but we had better face up to it. They are the enemy and they are a deadly enemy.” In another letter dated June 30, 1966, he began: “Dear Mrs. Armour, I have just returned from Vietnam and have just read your letter of May 25th. I shall get the two books mentioned in the article you enclosed.”

Several politicians and celebrities during the 1960s received letters from my grandmother. Some of them responded, many times. They couldn’t help themselves.

One of her closest friends was the Tony Award winning actress and singer, Pearl Bailey. In late December 1964, I met Pearl for the first time onstage at a supper club in Palm Springs. She invited my sister and me to come up and sing Jingle Bells. I gazed out into the audience to find my Grammy, smiling broadly from her wheelchair. When I came up after, her arms opened and tears fell.

My grandmother never complained about her lot in life. She never stopped giving people hell either. I was given her pink Smith Corona when she passed. And like her, I’ve spent thousands of hours pecking at those keys believing my words have the power to change the world – not by changing minds, but by opening them up to other possibilities.

The world is filled with fearful people who make disparaging remarks about others who are different. A myopic worldview that minimizes, vilifies, or, worse, ignores others to feel better about themselves. People are like stars. There are so many of them in the chaos of the cosmos. Rare is the one that burns so bright it blinds people who gather near. Except for the one who closes their eyes, listens to their words without prejudice, and opens their heart.

They feel the presence of greatness.