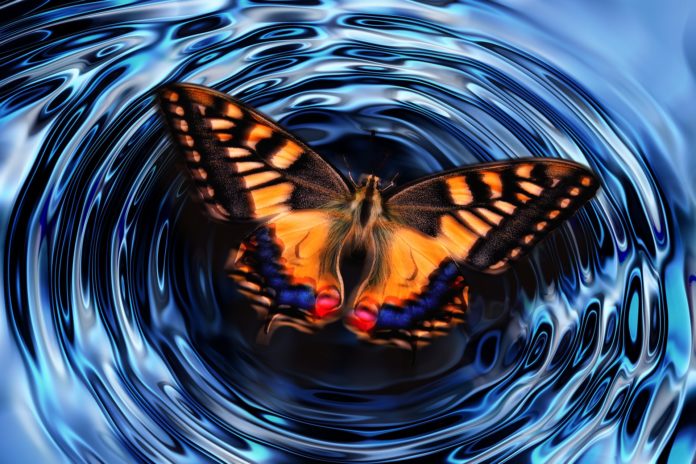 The American political system is transforming in historic fashion.

More than any time (since the eve of the Civil War), this election is a referendum on our American way of life. Our great civilization offers opportunity and freedom for all, but requires limited government and a strong economy, as well as public safety and global security for its survival.

The Revolution has come.

Political party cronyism and family elitism have dominated the national election process for decades. The president or vice president has been a Bush or Clinton family member in the last 7 of 10 presidential elections. Hillary Clinton served as Secretary of State from 2009 to 2013, making it 32 of the previous 40 years that one of two families served in our federal government’s Executive Branch.

American politics is more like a monarchy than a democracy, with political favor and the spoils of victory quickly divided among the party in power. The newly-elected president with majorities in both houses is a power grab until the first congressional election. The window when real change happens typically lasts two years but is then immediately undone by the next administration.

Ever since the Bush vs. Clinton family monarchy began, a battle royal in American politics has ensued, characterized by see-saw elections and narrowing margins of victory.

In 2016, Hillary Clinton easily won the Democratic Primary and was heavily favored to win the election for president. Jeb Bush (son of President George Bush and brother of President George W. Bush) entered the Republican Party campaign in an unprecedented bid to become the third president from the same family. He had the largest campaign war chest of all the candidates, political family pedigree, and a sense of entitlement. Bush was the favorite to win the primary and become the Republican candidate for president.

Another political showdown between Bush and Clinton family members seemed inevitable – before the campaign even began. Instead, Jeb Bush had no traction in the primary and dropped out early. What happened? Trump happened.

Donald Trump won the Republican Primary and was elected 45th U.S. President. For the first time in American history, a genuine outsider won the presidency. Trump had no prior government experience or military service. He was not a professional politician or an attorney. Since taking office, President Trump has presided over a robust economy with the lowest unemployment rate in the last half-century before the pandemic. None of this matters to the Democrats. They hated him since the first day he took office.

There are three American Revolutions. The First Revolution you know about. The Second Revolution occurred during the Civil War era. You may not be aware of it, but we are experiencing The Third Revolution in America now.

The first American Revolution established independence from British rule. A country was born in the New World without a king. The United States of America was established on the foundation of democracy and the supreme rule of law. The first ten amendments of the U.S. Constitution, known as the Bill of Rights, were a reaction to British tyranny. The oppressed were now creating laws to safeguard against future persecution by their own newly formed government.

I hold it that a little rebellion now and then is a good thing, and as necessary in the political world as storms in the physical.  ― Thomas Jefferson

The Second Revolution was the American Civil War. American patriots, North and South, fought to preserve their way of life. Civil War deaths averaged 600 every day. Two percent of the U.S. population was killed by the war’s end, the equivalent of five million deaths today. There were more casualties in three days at the Battle of Gettysburg than in the Vietnam War, Persian Gulf War, and the U.S. war in Iraq and Afghanistan combined. State’s rights vs. central government control, and slavery, were decided in the bloody process of over half a million deaths.

This country, with its institutions, belongs to the people who inhabit it. Whenever they shall grow weary of the existing government, they can exercise their constitutional right of amending it, or exercise their revolutionary right to overthrow it. ― Abraham Lincoln

The seeds of Revolution began in 1980 with the election of Ronald Reagan. There was a major population shift from the Rust Belt cities to the Sun Belt states. This seismic shift created Republican majorities in the southern and western states, resulting in a historic landslide win in the 1980 election and 1984. The trend carried over to vice-president George Bush’s 1988 campaign for president. For the first time since 1953, the Republican Party gained control of the Senate.

In 1994, during the middle of Democrat Bill Clinton’s first term as president, the Republican Party picked up 54 seats in the House of Representatives and 8 Senate seats, plus two additional seats when Democrats Richard Shelby and Ben Nighthorse Campbell switched parties. But the Republican’s “Contract with America” failed to gain traction, and Clinton’s political future recovered as the parties fought over passage of the Federal Budget, which caused two government shutdowns.

In 1998, the fight for one-party control reached a new low when the Republican Party attempted to “fire” the sitting president. The Democratic Party returned the favor 20 years later.

Impeachments are rare in American history, indicating an escalation of political tension among the two major parties. The U.S. Congress has impeached the president only three times. The first occurred in the aftermath of Lincoln’s assassination. President Andrew Johnson was impeached in 1868 during Reconstruction following the Civil War. The last two occurred recently, Bill Clinton (1998) and Donald Trump (2019). Both impeachment hearings were politically motivated and meant to weaken the opposing party to regain control over the government. The Democrats turned up the heat on Trump by conducting multiple investigations throughout his presidency. They recognized the tide in American politics had shifted in their favor.

The ascendancy of California-style one-party rule is taking place now at the federal level. When the urban liberal voters are sufficiently energized, the Democratic Party is unbeatable. Beginning with the 2020 presidential election, the Democrats will be the prohibitive favorite to take the White House and both houses of congress moving forward, enjoying a majority voter base on the West Coast and Northeast states, nearly so in Great Lakes states, unstoppable growing influence in the Southwest and East Coast states, and Texas crossing over to blue in the not-so-distant future.

However, we cannot minimize the reason that so many Americans are willing to “pull the pin and throw Trump in.” They fear the permanent takeover of California-style politics in America. Still, the moderate amalgamation of a Romney-McCain-Dole candidate will again render the party winless in the absence of a Trump-like media-savvy candidate with outsider appeal. Former failed Republican candidates for president Romney, McCain, Bush family, and the last Republican governor of California, Arnold Schwarzenegger – all refused to support Donald Trump for president. Republican Party leaders have rejected party voters’ overwhelming choice to govern in the 2016 and 2020 presidential elections.

The “American experiment” was born and evolves today by Revolution. Once a significantly large number of people are rendered powerless within the political process, reprisal by the disfranchised people typically ensues. Revolution serves a purpose: war for independence created our country, a civil war united our country, and now, resolving the urban-rural conflict will define and shape our nation as we navigate rapid change during the 21st century.

A social movement that only moves people is merely a revolt. A movement that changes both people and institutions is a revolution. ― Martin Luther King Jr

You are the Revolution of the 3rd millennium.