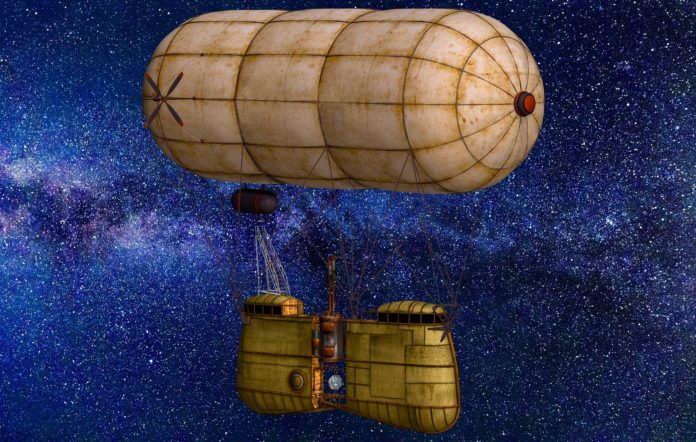 Since my stroke last month, I’ve been thinking about the world and our power to change lives.

Whether it is the unseen killer of our current pandemic, or the untimely killer I survived a few weeks ago, or the unknown killer we all must face someday, there is one undeniable truth: every day is precious and one day less than the day before. With most of my life in the rearview, my near-death experience has given me a sense of urgency to share what I’ve learned on the road of life.

So, stretch across the bench seat and enjoy your trip aboard the Magic Bus.

Don’t forget to check your baggage

We all have baggage to check. Emotional baggage, if not checked properly, will interfere with your ride today. The bus you board at birth is magical, but the road it travels on is different for everyone. In the end, there is always a price to pay. And the price for admission to ride the Magic Bus is the day it goes off-road like the derailment of a train somewhere down the line.

Now, imagine for a moment that a giant asteroid strikes our planet, and we all perish together at the same place, Earth, at the same time…NOW!

After the planet’s slate is wiped clean, we travel another 25,000 years into the future to witness the discovery of our existence. Strange creatures huddle around the ancient human site with their eight legs scratching their bloated bellies.

Their big eyes lock onto a strange object. They ponder its significance. The ancient artifact washed ashore like the Statute of Liberty in the movie Planet of The Apes. It’s rusty and it’s beautiful – a knucklehead V-Twin Harley-Davidson. The dig site is the concrete bunker beneath Jay Leno’s warehouse collection of classic automobiles and motorcycles (present-day Burbank). The HD knucklehead starts with one kick. The Octi creatures begin to chortle while mimicking the exhaust fumes with their farts.

Please don’t worry. We are about to return to present-day L.A. Now you know the price to ride the Magic Bus. We all forfeit life when we reach our final destination. The strength of our species is that we arrive at different times. Death surrounds us. It gives us time to reflect, and it reminds us of the fragility of our existence. It allows us to mourn and celebrate life, and for a while, it consumes our every waking moment. Then, we do what all living things must: we carry on.

Climb aboard your magic bus

Complacency. Rationalization. Wishful thinking. The signposts that pass us by.

Sometimes we even lament the choices that brought us to this moment, and wistfully mull over what could have been. We cough up excuses when challenged, usually something about feeding our family and being a responsible adult as if they are incurable diseases.

I am a writer. I’ve been writing since I was a kid, but it took quitting work before I could take myself seriously. After three decades of swimming with the sharks in a sea of cubicles, I switched off my autopilot work-life and buzzed the corporate tower at Building 100. I sent a letter to the president on how to improve the company, then resigned at the age of 56. On my last day in the office, I told no one – not even HR or my wife. I didn’t know myself until I reached down for my Star Trek mug and noticed my motocross racing photo. Forty years ago, a teenager with big dreams would never sit at that desk.

My true life-long passion was revealed to me much earlier – when I was a baby – the moment I reached into my diapers and pulled out a fist full of poo. I was living my dream job when I spread my best stuff on the wall next to my baby crib. Which I soon discovered was the craft of writing. Today, I use a laptop.

Our final stop: The Rock

When the federal prison on Alcatraz Island last housed the likes of Al Capone, George “Machine-Gun” Kelly, and Alvin “Creepy” Karpis (the first “Public Enemy #1”), it was said that escape from The Rock is impossible. Only a few gave it a try.

Most of us never attempt a prison break from our own personal Alcatraz. Fear, real or imagined, keeps us from doing so. Les Brown once said, “Too many of us are not living our dreams because we are living our fears.”

I have not penned the Great American Novel, nor have my scripts been made into movies, or optioned by the studios. “The Oscar for Best Original Screenplay goes to…” Not me. I will likely never hear my name announced at the Academy Awards. Do you think that matters to me? HELL YEAH, it does. There are over 50,000 writers in the Los Angeles area alone with a slim to none chance of making it in this business. I understand those odds. And yet, my acceptance speech for winning the Oscar for the Best Original Screenplay is tucked neatly into my back pocket.

Fourteen attempts were made to escape from Alcatraz in 29 years. During one such effort in 1962, two men – John and Clarence Anglin – were never found and presumed drowned in the San Francisco Bay. The FBI said they never reached the shore. Others say they survived the frigid waters in a makeshift inflatable raft made of raincoats.

Once, is a lifetime aboard the Magic Bus. The ticket to ride is the highest priced ticket in town.