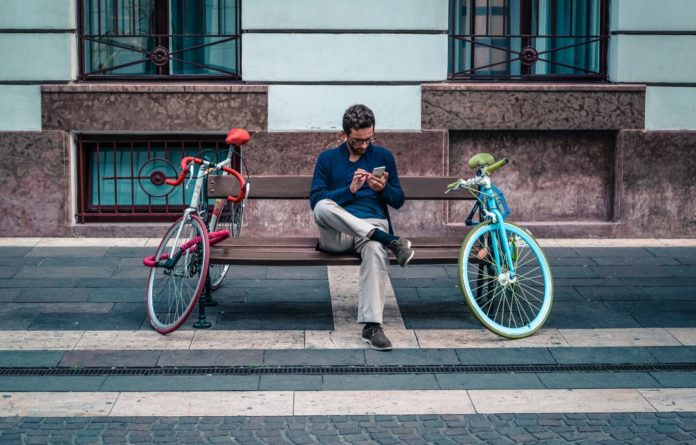 A hypothetical conversation between friends over text.

BERNARD’S TEXT TO A FRIEND

Trump supporters ransacked the Capitol last week. Not the Capitol Records building in Hollywood (Democrats’ Fundraising Capital). Ha ha. I’m not surprised. Both parties dialed up their political rhetoric before the election. If Trump won, there would be riots in the cities and marches and unrest in The Nation’s Capital. Sadly, it’s come to this. The sorry state of American politics is simmering at a boil.

You and I live in a state dominated by one-party rule. As you know, I’m not in favor of the Democrats taking over the federal government. People can say what they want about Trump, but he’s the only outsider candidate in our country’s history to become president. I’m tired of professional politicians like McCain and Romney who are no longer electable. We would have had Hillary and Jeb (Bush) running again for president in another round of monarchy-style government. Business as usual on Capitol Hill. The Trumpster, finally, a president who is unafraid to challenge the elitists of both parties. He really upset entrenched politicians.

The Republican Party was already on life support during the Obama administration. Trump is the last “red states” president of the United States. There, I said it (what everyone is thinking).

Democratic Socialism. The Democratic Party is in warp drive to make that happen at the national level. The State of California sees a friendly political partner in the U.S. government with supermajorities in the house and senate on the horizon. As the red sun sets for the last time, the ginormous blue wave curls over America with a donkey wearing Ray-Bans riding the surf coast to coast.

Don’t get me wrong, I have enjoyed the theatrics from the California political cartel “hitman” Adam Schiff and “ancient mosquito trapped in amber” Nancy Pelosi trying to destroy Trump while he tried to rub their noses in his economic success. Then came the pandemic. Their blue Tsunami swept in from the coastal states to flush Trump’s cronies from the federal government. His merry band of elephants played the hymn “Nearer, My God, to Thee” on the deck of their surprisingly sinkable ship. The DNC rejoiced as their iceberg Californication struck Trump’s ship Make America Great Again on its maiden voyage. And when the next Republican runs, the Democrats will say with a disapproving smirk, “Just when you thought it couldn’t get any worse, (he or she) is much more dangerous for America than Trump ever was!”

I knew Trump was the last viable candidate to stop the spread of “Blue Velvet Politics” in America. Republican voters knew it too. That’s why we said F-you to our national party leaders and rejected their “golden boy” Jeb Bush. He showed up at his first debate dead on arrival.

I think most Republicans know the elephant is dying. The joke is: the parties will keep playing politics to the end. And the truth is: we all wanted to blow up the Republican Party. If that makes no sense to you, so be it. It makes perfect sense to me, and I’m sure other Republicans as well. Trump was destined to be our party’s last hurrah. But he put up one hell of a fight. He even survived their many underhanded attempts to evict him from the White House. It took a tragedy of tens of thousands of our most vulnerable citizens dying from COVID-19 to seal his fate. I am so heartbroken for America right now…I’m taking a sip of coffee and grabbing some tissue. Good God, have we all gone Looney Tunes?!

If my brethren Republicans want to win another national election, they need to jump ship now and join the new party: The Urban-Rural Alliance. There’s a merry bunch of Bernie Democrats ready to embrace them. A surprise turn of events, conservatives and liberals teaming up to defeat the major party faithful. I relish the misery of the fat cat politicians from both parties. As The Alliance continues to rise, we see the dying parties clutching their Starbucks cards with only enough stars to buy a cup of Joe.

Dude, what are you talking about?!! I texted you to see if you wanted to join us tomorrow at the Trump National golf course. That’s just the name of the place, I didn’t mean anything political. Tee time is 8.

Sure thing. I’ll bring the coffee!