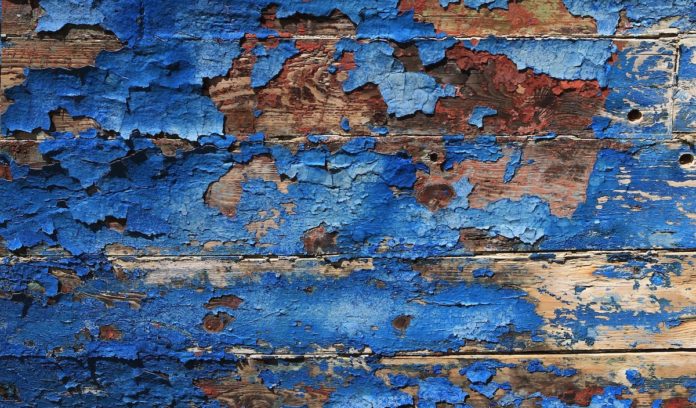 Joe Biden gazes up to Heaven giving thanks for his victory in the 2020 election.

When California plays the game of Connect the Big Blue Dots, it’s winner take all!

The Californication of American politics is inevitable. The “Big Dot Metropolises” cover the nation like blue measles, and the Democratic Party is itching for a fight. New cities of 100,000 or more people are sprouting up like weeds while downtown districts grow taller and spread like an urban forest.

A higher percentage of Democrats live within a dozen miles or so of the major urban areas. A higher concentration of Independents live a little further out, and Republicans tend to enclave in more sparsely populated rural areas. The voting strength – the key to the power base that determines national elections – is flourishing in cities.

Young urban professionals prefer to live in the urban thicket of business startups, sharing information at the source for inspiration and funding opportunities. They prefer living in the concrete jungle, which also consumes the surrounding neighborhoods through gentrification. Likewise, service sector employees and residents alike tend to coalesce in urban areas due to public funding flow to build infrastructure and provide government services more efficiently. The city is both a destination and a distribution hub: private sector building and maintenance contracts, union support of the courts, police department, fire department, corrections officials, public education, city planning, public works, library branches, and a variety of government assistance programs, etc.

The Grand Old Party can no longer energize its “silent majority” (silent minority) static population rural base. Independents and Republicans are increasingly unable to deliver the popular vote or muster enough electoral votes to win a national election for president.

Meanwhile, the Democratic Party continually reinvents itself, moving where the votes are most concentrated. They have discovered a new winning strategy: Connect the big-blue city dots all the way to the White House.

At the heart of their takeover of the American electorate is a winning strategy I refer to as Blue Velvet Politics.

The Californication of the American Dream

Blue Velvet Politics is the Democratic Party’s strategy to govern as one-party in California and takeover the federal government for state-friendly additional support. However, at the core of Blue Velvet Politics, the flow of taxpayer’s money doesn’t always match the intended benefits of the state’s growing urban population. The unbridled economic growth lacks resolve by city and county officials to address the housing shortage and mass displacement of people (now referred to as the “chronic homeless”).

Recently, the City of Los Angeles raised the sales tax once again, this time for one purpose only: to fix the homeless problem. Two years later, a record number of homeless people are still on the streets.

Throwing taxpayers’ money on a problem often does little or nothing to fix endemic socioeconomic problems, especially when government leaders lack the resolve to see it through. Public funding typically adds fuel and rarely puts out the fire—a glaring failure of Blue Velvet Politics.

The Democratic Party’s plan to takeover of the federal government permanently reminds me of a cartoon by John Larson “The Far Side.” Two deer (Republican Senators) meet in the woods surrounded by hunters (Democrats). One tells the other, “Bummer of a birthmark.” On the deer’s chest is a “bullseye” silhouette resembling the State of Texas.

At the beginning of the 20th century, California’s population was less than 1.5 million people, about half the Massachusetts population at the time, with 16 times more landmass. The old Route 66 ends in California at the Santa Monica Pier. Today, there are 66 cities in the state with populations of over 100,000 people (12 cities have a population over 300,000), the largest concentration of “Blue Dots” are within a 30-minute drive of the coast.

California is the most populous state, with over 38 million people – 12 million more than Texas. Our government has more than 50 times the political clout in the U.S. House of Representatives than states like Montana, Alaska, Wyoming, Vermont, and the Dakotas. If California were a sovereign nation, it would rank as the world’s fifth-largest economy.

California is overwhelmingly liberal, with the Democratic Party holding all the state government offices with supermajorities in both houses. Only Democrat lawmakers are permitted to submit a bill for consideration in the California State Legislature.

Sadly, I think about my cellphone in times like this. What would my iPhone be like without Samsung? Political competition gives voters a least one viable alternative. It makes the governing party more accountable to voters. And it puts them on notice; they can be replaced if they don’t perform.

What is Blue Velvet Politics like without an opposing party? We have the highest tax rate in the country and the lowest voter turnout. Our L.A. Mayor was easily reelected with only 20% of registered voters even showing up at the polls. The Democratic Party in California relishes their election certainty in our state. Not since the Soviet Union during the Cold War era have I seen one party control all facets of the political process.

Shifts in population, economies, and technologies are transforming our planet political landscape at an ever quickening pace. Yet most prominent news agencies and world leaders refuse to see the enduring lessons of history. People are demanding change at a rate beyond our entrenched political parties are able to deliver.

The government that is out-of-touch with its people and alienates nearly half of them to achieve transitory political gains and feel-good victories, only governs for itself.