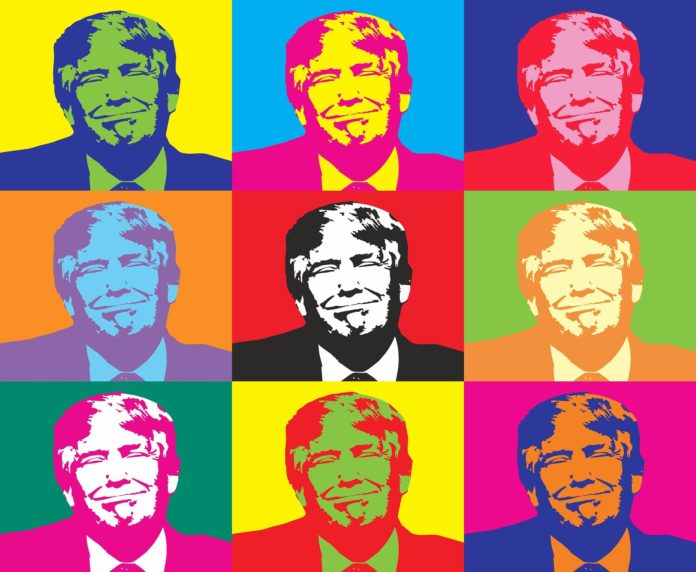 Democrats and liberals, Republicans and conservatives. Blah, blah, blah. While heading for the home stretch of the 2020 presidential campaign, let’s take a short break from our COVID-laden lives to visit this year’s political odditorium of the absurd.

NO FACT CHECK REQUIRED (BECAUSE EVERYTHING HERE IS TRUE!)

Now Southern California state employees can make a shorter trek to Vegas and support Raiders football (the NFL team Los Angeles fans wanted instead of the San Diego Chargers). There is nothing sweeter for lawmakers than gambling their fat government salaries and pensions 24/7 less than 100 miles from home.

The only remaining hiccup in the Two Californias deal is lawmakers’ assessment of property value along the San Andreas Fault. “The Big One” will likely divide the central valley geographically, east and west. When that happens, two more states will be created.

San Diego will become the capital city of Baja de California (Southwest) with an open-border at Mexico’s Baja California Peninsula. And the Southeast portion of statehood will remain in the desert. The benefit for state employees of keeping Sin City in Baker’s backyard: “What Happens in Vegas, Stays in Vegas.”

Recently though, Los Angeles city officials have added one proviso to the agreement: San Diego must take back the Clippers and Chargers.

The Californication of American’s national politics is inevitable (even without the separatist movement). It will manifest in a bloodless coup of the federal government beginning with the 2020 national election. California lawmakers currently hold key positions in the house and the senate and soon add vice president to their political power trove. The first-female VP from California will be a heartbeat away from the presidency. More importantly, the extinct California grizzly will replace the bald eagle. A move meant to taunt the Republicans, who are already an endangered party.

Not In My House!

Earlier this year, House Speaker Nancy Pelosi tore up president Trump’s State of the Union Address on the floor of the U.S. House of Representatives. Off-mic, she roared: you can’t play that game at my house! The 80-year-old liberal Democrat from California is in the advanced stages of Sandbox Infantilism.

If Joe Biden wins the election next month, he will be 88 years old by the end of his second term. The average human lifespan in America is 78 years. During the presidential debate, Biden mistakenly referred to the 9/11 terrorist attack as 911.

The Donkey is Top Dog Now

Actor Arnold Schwarzenegger was the last Republican governor of California. Businessman and media personality Donald Trump is the last Republican president of the United States. Following the same Democratic political model of success in California, urban voting majorities in American politics will lead to a one-party rule in Washington for the foreseeable future.

I have enjoyed the entertainment during the Trump administration. Now back to the same old family politics: monarchy-style government reminiscent of the Clinton and Bush family dominance for three decades. If you have Hollywood star power or political family name recognition, you become a front-runner during the primary election. Whoever wins the Democratic Party nomination for president will also win in the general election.

After Trump received positive test results for COVID-19, I was inundated by calls from people in town rejoicing at the news. Each one admitted to me they hoped Trump would succumb to the virus. They felt confident he would lose the election next month, but no matter, for them, his death would be a dream come true.

Remember Obama’s campaign of “Hope”? I don’t think this is what he had in mind.

The Democrats will win the battle on November 6. On January 1, 2021, they will have won the war – taking permanent control over the federal government’s senate, house, and executive branches, with the Supreme Court becoming liberal over time.