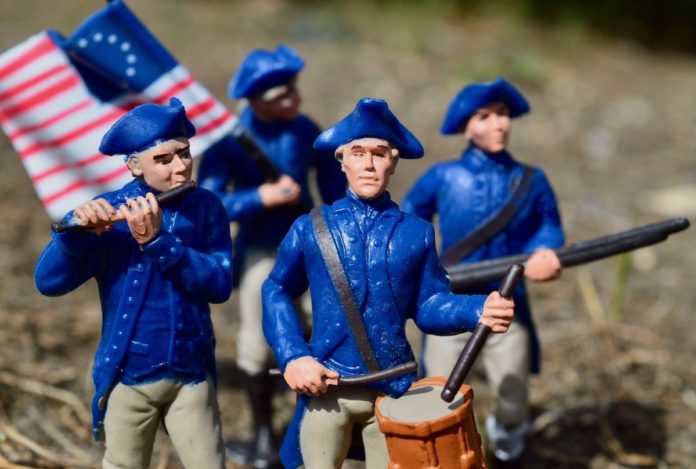 We often learn about our history in lessons with catchy titles such as “Manifest Destiny.” “The Turbulent 60s” contains the narrative of the civil rights movements, Vietnam War, assassination of JFK, Cuban Missile Crisis, and moon landing. When the year 2020 is added to our American history, the global pandemic and Black Lives Matter movement will undoubtedly take the stage with minimal or no connection to our past. But the link exists. We can only understand how we arrived at this moment in history by taking that critical look back – it foretells the future.

Unfortunately, our history education is less about searching for comparison than it is about cataloging events, neatly organized into easily-digestible segments. Our history becomes a chapter book with a beginning, middle, and end.

History textbooks often lack the dynamic treatment of our past to explain unresolved and recurring issues; instead, they read more like a tabloid. American History education becomes a tedious chore of memorizing dates and related news stories in equally-divided decades.

Another distortion of history in our public schools is the reliance on interpretations from historians preparing the text. Furthermore, sections such as the post-war era lack a balanced perspective, such as regional or global viewpoints. Our “American experience” rarely happens in a vacuum, so why is our history presented in our schools in myopic fashion, lacking the sensitivity of other cultures?

Most Americans are familiar with the narrative that Abraham Lincoln abolished slavery during the Civil War. End of story? Of course not! Fundamental human rights were violated while racism flourished for over a century following the Emancipation Proclamation. Likewise, little attention is given to the Native American genocide of the 17th, 18th, and 19th centuries. Most Americans still lack sensitivity to their slaughter and enduring hardship, mocking their culture with chants and tomahawk chops at ball games. The American experience is replete with racism, gender bias, and age discrimination. So much so, the economic disparity today is remarkable for these demographics despite the promise of freedom and opportunity in our modern American culture.

Rarely is one’s local neighborhood mentioned, as if that hits too close to home or is less important in the greater context of the “grander story” of the United States of America. We cannot hope to be a nation derived from diverse people, families, and communities without acknowledging what happened in our own backyard.

History education in America has become a collection of vignettes. “In 2020, unemployment is at a historic low while the economy soars, followed by a global pandemic, Black Lives Matter movement, and our national election.” The year ends with a thoughtful overview about what it means to be an American – as if that will somehow lead us to meaningful self-reflection and lasting progress instead of another broken New Year’s resolution.

In a few months, we will put the difficulties of this year behind us. We will bury our past with only a few changes. There will be a global network established as an early warning system and stringent entry point protocols for large events. The rest is history: another generation caught up in the moment, ignoring the enduring lessons of our past in the clutter of current events.

By 2030, our decade will again read like a storybook with a beginning, middle, and end.