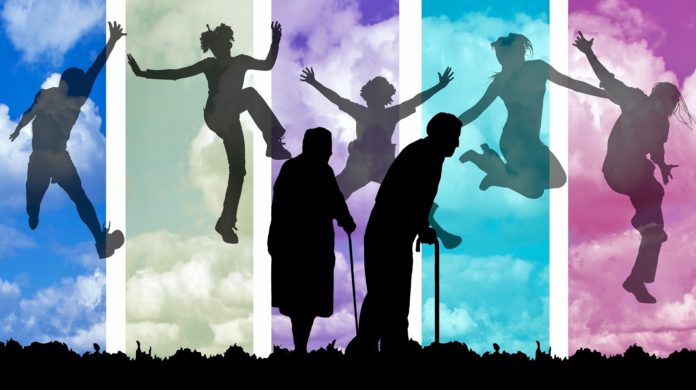 There is a great divide in our country. And it’s not the chasm between rich and poor, conservative and liberal, meat-eaters and vegans, or even atheists and people of faith.

Until recently, a vast majority of us were united in the fight to protect all Americans from the 2020 pandemic. Unfortunately, after only a couple of months, people are beginning to coalesce into opposing camps of thought. Those who wear masks and adhere to the six-feet social distancing rule, and those who believe it is a fundamental human right to be unmasked and free to roam.

The conflict exists in our neighborhoods, small towns, and big cities all over the world. Weaponized eyes peering over masks. Disapproving gazes. Sharp stares. The fight is person to person, one encounter at a time.

Changing Sides As We Assess Our Personal Risk

A disturbing shift in our collective will to defeat the spread of COVID-19 has emerged. The data is mounting, indicating who is most at risk of severe physical impairment and death. The evidence also reveals those of us who have little to fear, even after testing positive for the “killer virus.”

The coronavirus targets cancer patients, and those with severe lung and heart conditions and has a voracious appetite for the elderly (particularly over the age of 64). For them, the world must remain spaced – a gridiron of people wearing masks standing three-paces apart. But as the conflict heats up, their safety grid is rapidly becoming a waffle iron.

Those who reside in the low-risk group are beginning to switch sides in growing numbers – even knowing their failure to keep six-feet apart will likely put seniors six feet under.

COVID-19 is the instrument of war, but it’s not the enemy. We are the enemy. The main combatants are generational. There is a new Civil War in America – people are choosing sides in all 50 states.

A couple of weeks ago, the battlefront moved to our local beaches.

Los Angeles County shut down its beaches to help slow the rapid spread of the pandemic. Enforcement to keep people off the beaches is rigorous and strict. However, Orange Country relaxed the restriction, and tens of thousands of people responded by flooding Newport Beach and Huntington Beach. A Newport Beach resident complained that the onslaught of beachgoers reminded her of the crowds on the Fourth of July.

Some people wish us to believe that flooding the beaches is an act of civil disobedience – defending their right as humans to soak up the SoCal sun. One beach-city councilman called it essential for mental health.

With tacit approval by Orange County officials, over 80,000 people arrived at the beaches without masks. Beach towels and blankets covered the sand like a quilt, people laying side-by-side like sardines and clustered together under umbrellas as if it was any other summer day.

California Governor, Gavin Newsom, ordered the closure of the Orange County shoreline, and the City of Huntington Beach retaliated by suing the state to reopen the beaches.

Last Friday, mounted police officers formed a line facing thousands of demonstrators along Pacific Coast Highway in Huntington Beach. They protested beach closures carrying signs and waving American flags – most of them standing elbow to elbow not wearing masks. One of them marked his surfboard with “Surfing is not a crime.”

The State Senator, John Moorlach, whose district includes Newport Beach and Huntington Beach, compared the spread of coronavirus to the risk everyone takes while driving an automobile. “I put on my safety belt,” he said. For those at risk during the pandemic, he suggests “If you are vulnerable then you ought to stay in place.” Using Moorlach’s logic, the “vulnerable” should quarantine themselves, presumably until everyone has spread the virus.

Are We All In This Together?

The world is less certain than it was in February (3 months ago), especially for the elderly.

There is growing pressure to reopen our country at a time when a vaccine is still not available, and the number of new reported cases and deaths has not yet subsided. Meanwhile, our resolve to fight the pandemic is rapidly deteriorating. In recent weeks, it has become a quagmire of playing politics during an election year.

The “death curve” for coronavirus has begun to flatten due to the shutdown of non-essential businesses and gathering places. People are eager to return to what they had. During the Spanish Flu a century ago, the actions of restless city populations to resume a normal life caused three waves of massive fatalities – the second being the deadliest.

The muck of a hard life is unfamiliar to most of us. Not enough of us. A significant segment of the world population experiences poverty while the homeless population continues to rise in America. We all want another chance to get it right.

In any war, the battleground is soaked with blood. Who will win the pandemic-induced Civil War? The answer is written in the annuals of history. The strong generally prevail, at the beginning.