Two months ago, YST was in the middle of a run of “Seussical Jr”, had just started rehearsing “The Wizard of Oz”, and was planning four summer camps. Just like any other spring. Business as usual. Then everything changed.

“Obviously, the pandemic has been hard on everyone’s small business,” says Jack Bennett, YST co-founder and artistic director, “but when you run a business whose income depends on gatherings of people, well…” he shrugs,  “we had to adapt, and adapt quickly.” Jack credits wife Gloria, YST co-founder and producer, for their quick turnaround. “Gloria has been using ZOOM for years, so she was familiar with it. I think we only lost one weekend of rehearsal.” YST actually closed their doors prior to the mandatory shutdown, and went to ZOOM rehearsals for the remainder of “Wizard of Oz” rehearsals. “It went very well. We learned new things and new ways of doing things, and we’re ready to go on stage – or on screen – with that show as soon as we can.” They have applied for newly available streaming licenses, as their intent is to put together a performance for these kids in whatever way is possible.

Although they were still holding out hope that the summer would allow them back in the theatre, they eventually decided to lean into the most likely scenario and commit to moving summer camps online. “The schedule is trimmed back to just 2 shows, The Sound of Music and Willy Wonka Jr., but especially after our positive experience with online rehearsals so far, we think it can work quite well. We are even planning little special things, like having them still ‘bring’ their lunch, and we’ll break them up into smaller ‘Breakout Rooms’ so they can chat and get to know each other at lunch just like at the live camp.’

One exciting development actually made possible by the pandemic was the hiring of David Paul Kidder as summer camp choreographer. David Paul studied voice with Gloria for many years in his youth in Florida, and now resides in NYC as a Broadway choreographer, actor, singer and dancer. Just last year, he performed here at the Pantages in the Broadway tour of Charlie and the Chocolate Factory, and made time to do a special workshop for the YST kids with one of the actors playing Charlie. While it would have been nearly impossible for David Paul to physically be in So Pas for that period of time, virtual rehearsals make it work.

There are still spaces available in both camps, so if you’re looking for something for the kids to do this summer, check out YST’s virtual summer camps.  You’ll be glad you did.  For all camp info, please visit www.YoungStarsTheatre.org/summercamps 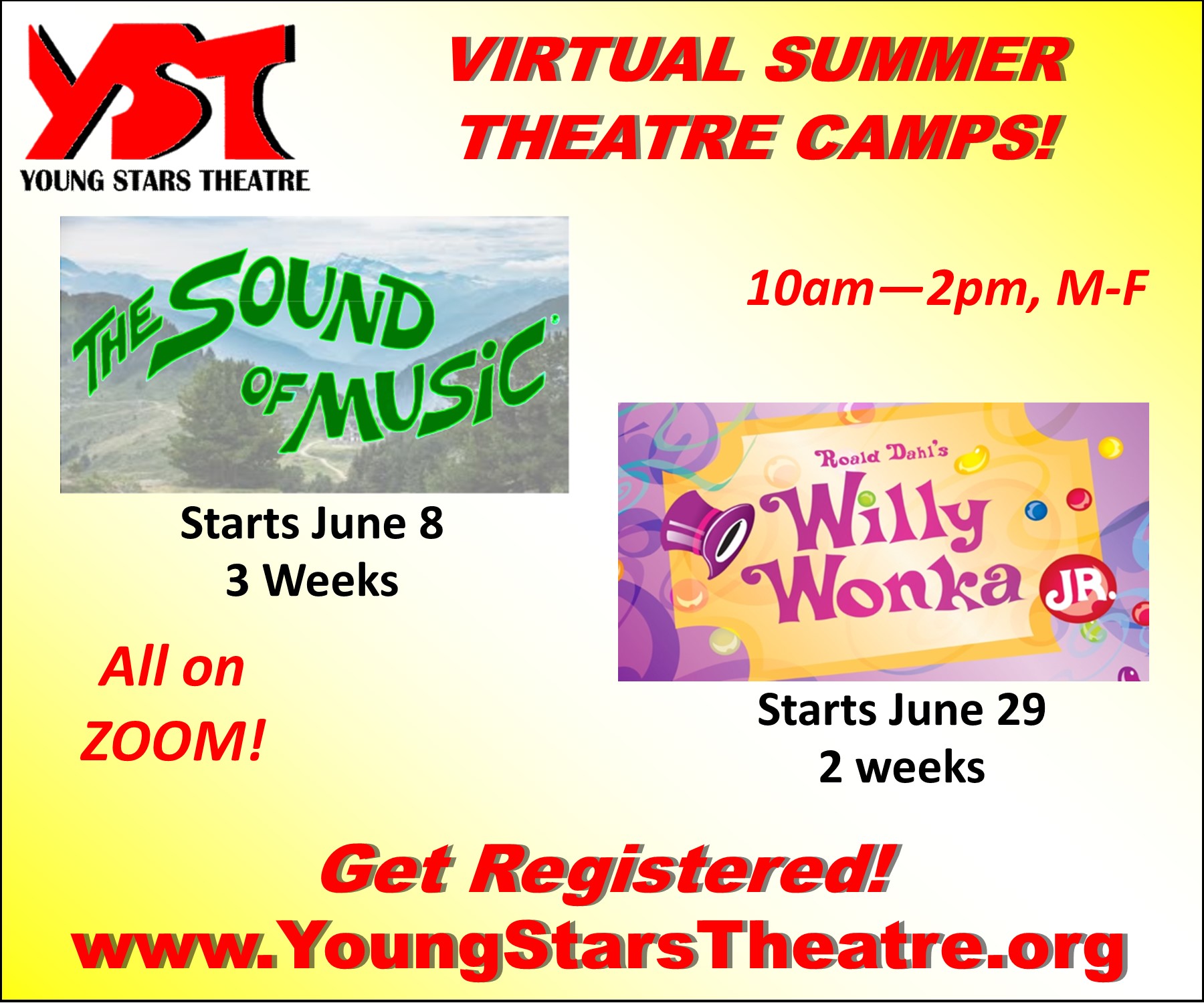