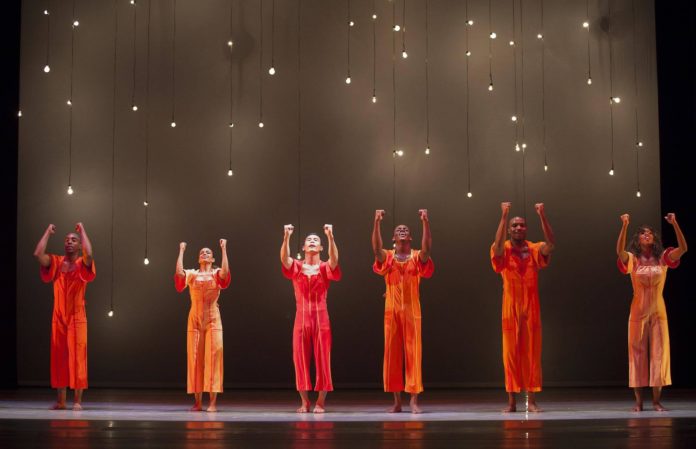 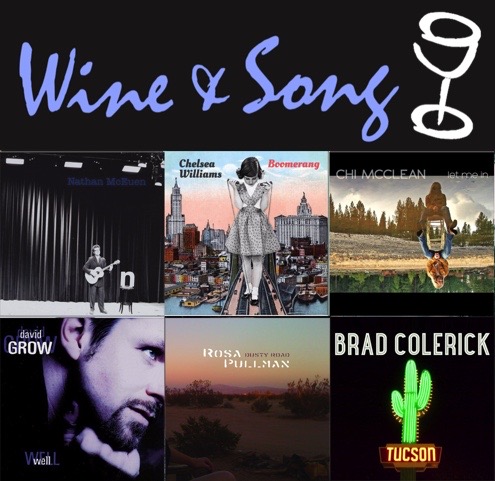 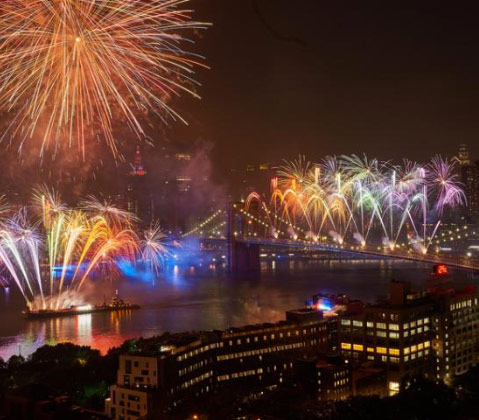 The theme of the famous Macy’s Fireworks Spectacular this year is “Together, We Look Up – To the hope of a brighter future for everyone, everywhere. Together, we celebrate the strength of the American spirit in New York City and across the country. In a move to discourage gathering, Macy’s has staged several unannounced 5 minute firework displays in every borough of New York that, along with performances by Black Eyed Peas, John Legend, Tim McGraw and more, will air July 4th at 8pm on NBC. 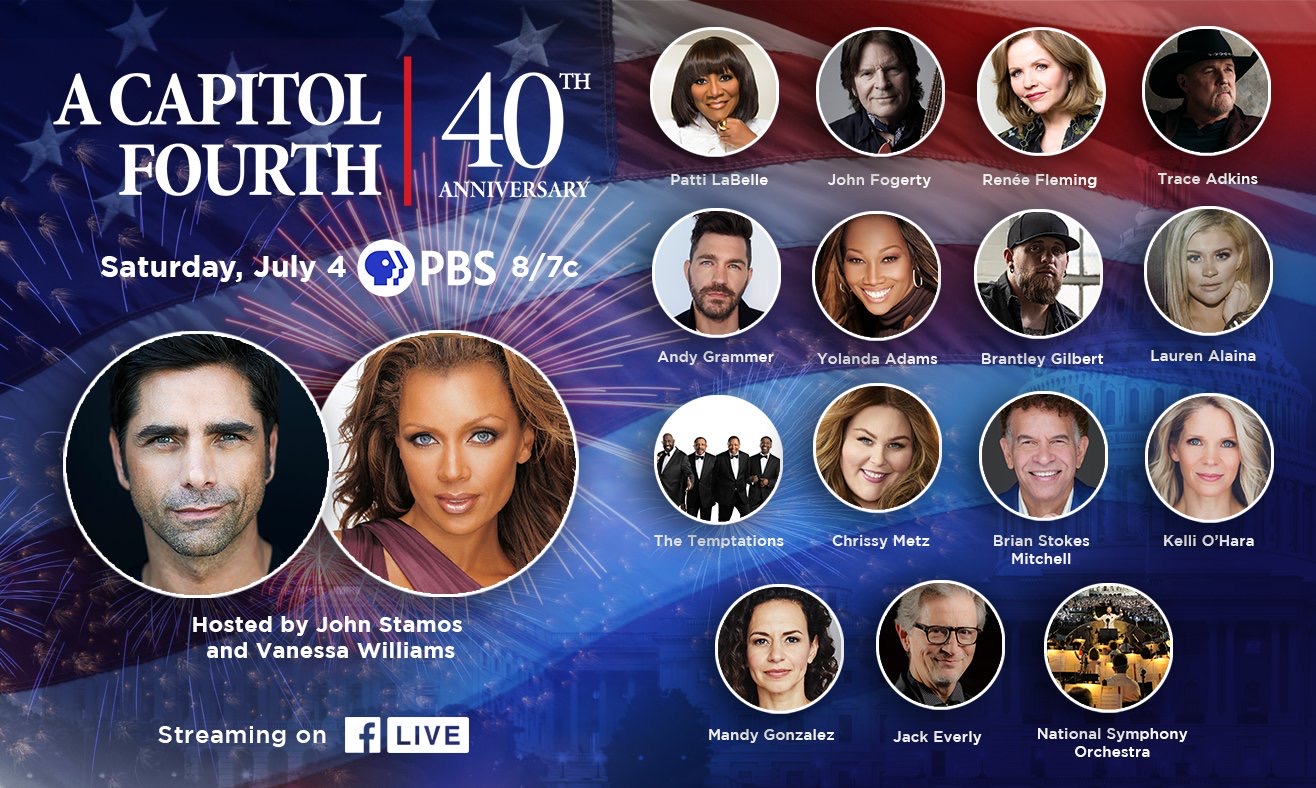 A Capital Fourth – 40th Anniversary will not be live from the West Lawn but will bring a terrific lineup of performances including Patti LaBelle, John Fogerty, Andy Grammer, The Temptations, Brian Stokes Mitchell, Kelli O’Hara and more, along with the National Symphony Orchestra. Hosted by Vanessa Williams and John Stamos on PBS at 8pm. 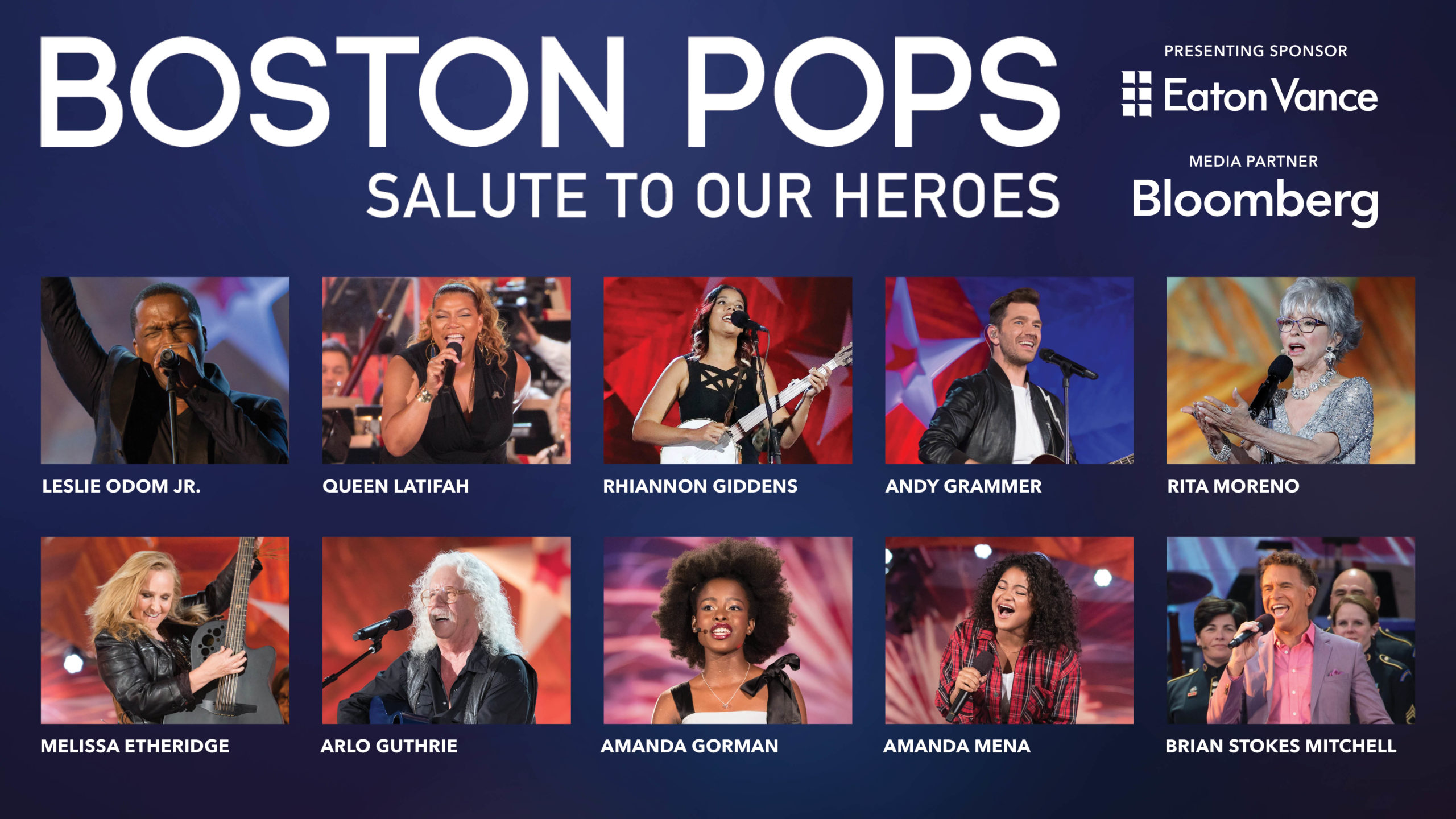 Boston Pops Salute To Our Heroes will be broadcast on Bloomberg Television, Bloomberg.com and on SiriusXM channel 119 on July 4th from 8-11pm. Special virtual performance by Renese King with Keith Lockhart at the piano and the Boston Pops recent viral hit of “Summon The Heroes” with special musical and spoken introduction by John Williams. The program will spotlight some all-time favorite performances by Melissa Etheridge, Rhiannon Giddens, Arlo Guthrie, Queen Latifah, Leslie Odom Jr., Rita Moreno and more. 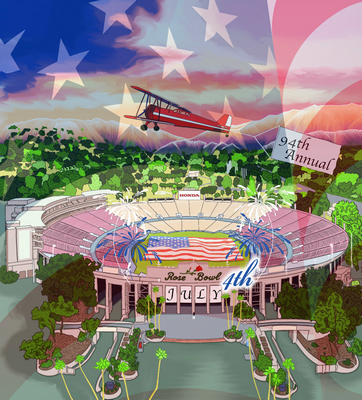 ’s Fourth of July celebration goes virtual this year with a live streaming performance from cellist Cecilia Tsan, who will perform from the 100-inch telescope dome atop Mt. Wilson (you’ll also be able to spot the peak’s Sunstar installation reflecting colorful light back to the ground throughout the day). The event culminates in a flyover of Pasadena and its landmarks. You can find the event on the Rose Bowl Stadium Facebook and YouTube pages July 4th, 2pm – 3pm. 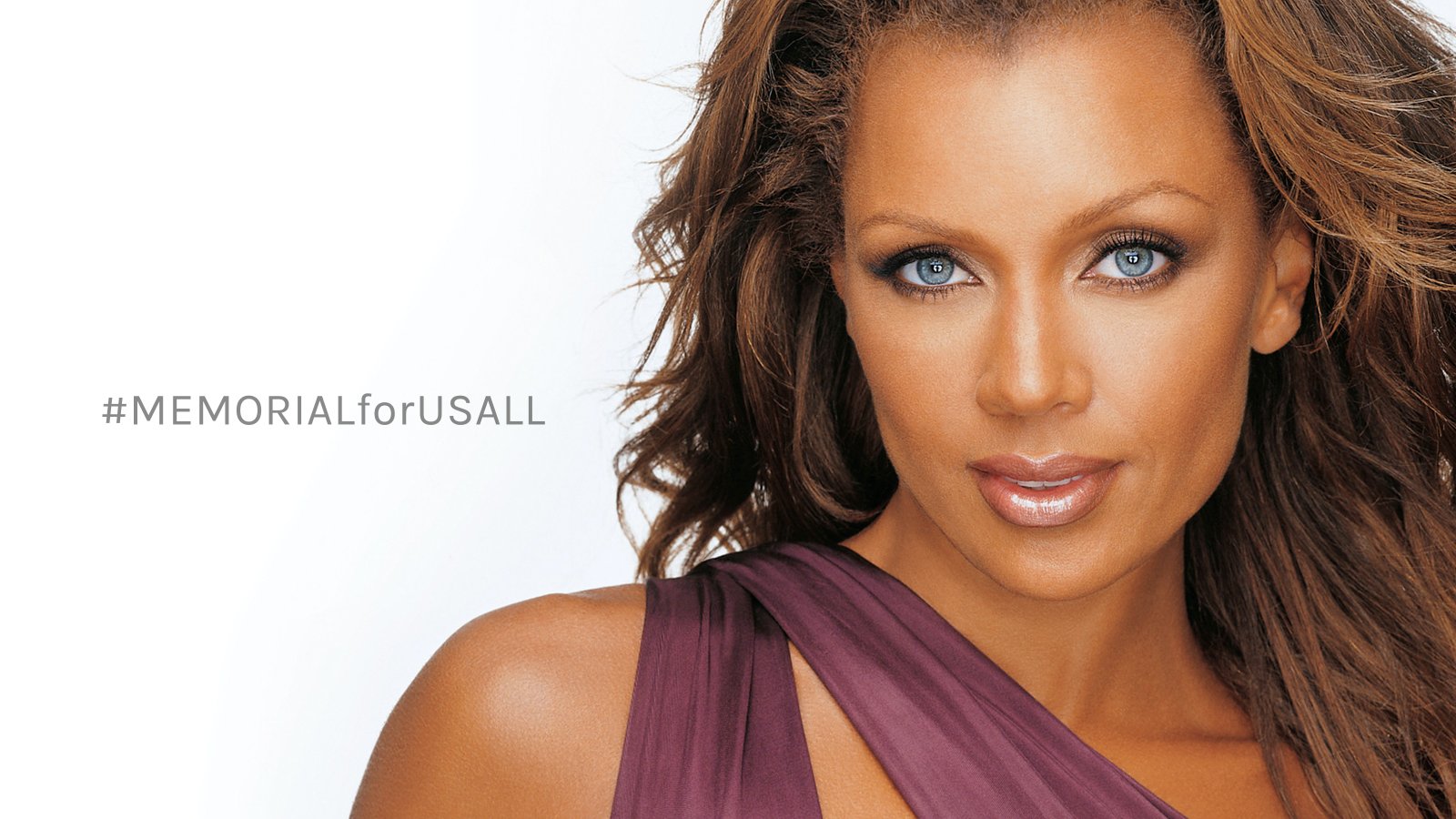 The 10th and final community remembrance, Lincoln Center’s weekly “Memorial For Us”, will be led by singer and actress Vanessa Williams on Sunday July 5th 6pm ET at LincolnCenter.org or Lincoln Center At Home YouTube channel. “In the midst of an unprecedented pandemic, many rituals we hold dear are no longer possible. As we find our footing in this new terrain, faith leaders have enlisted New York City artists and Lincoln Center to offer a weekly Memorial For Us All. Music unlocks thoughts, feelings, and memories that unite and free us. These memorials allow music to begin to heal us all, as it has in so many rituals since the beginning of time.” – Lincoln Center

The Met Opera presents Rossini’s “La Donna del Lago” Sunday July 5, 24 hour stream begins at 7pm ET. (Check in for a new opera every night!) Rossini, one of the great masters of glittering Italianate charm and spectacle, would seem an unlikely candidate to create an operatic retelling of Sir Walter Scott’s shadowy epic of clan warfare in 16th-century Scotland. But the heart of the drama is a classic love triangle—something every opera composer is comfortable with—and as Elena, the title heroine, is pursued by two tenors portraying suitors from rival factions, Rossini has the perfect opportunity to bring all of his musical brilliance to bear.